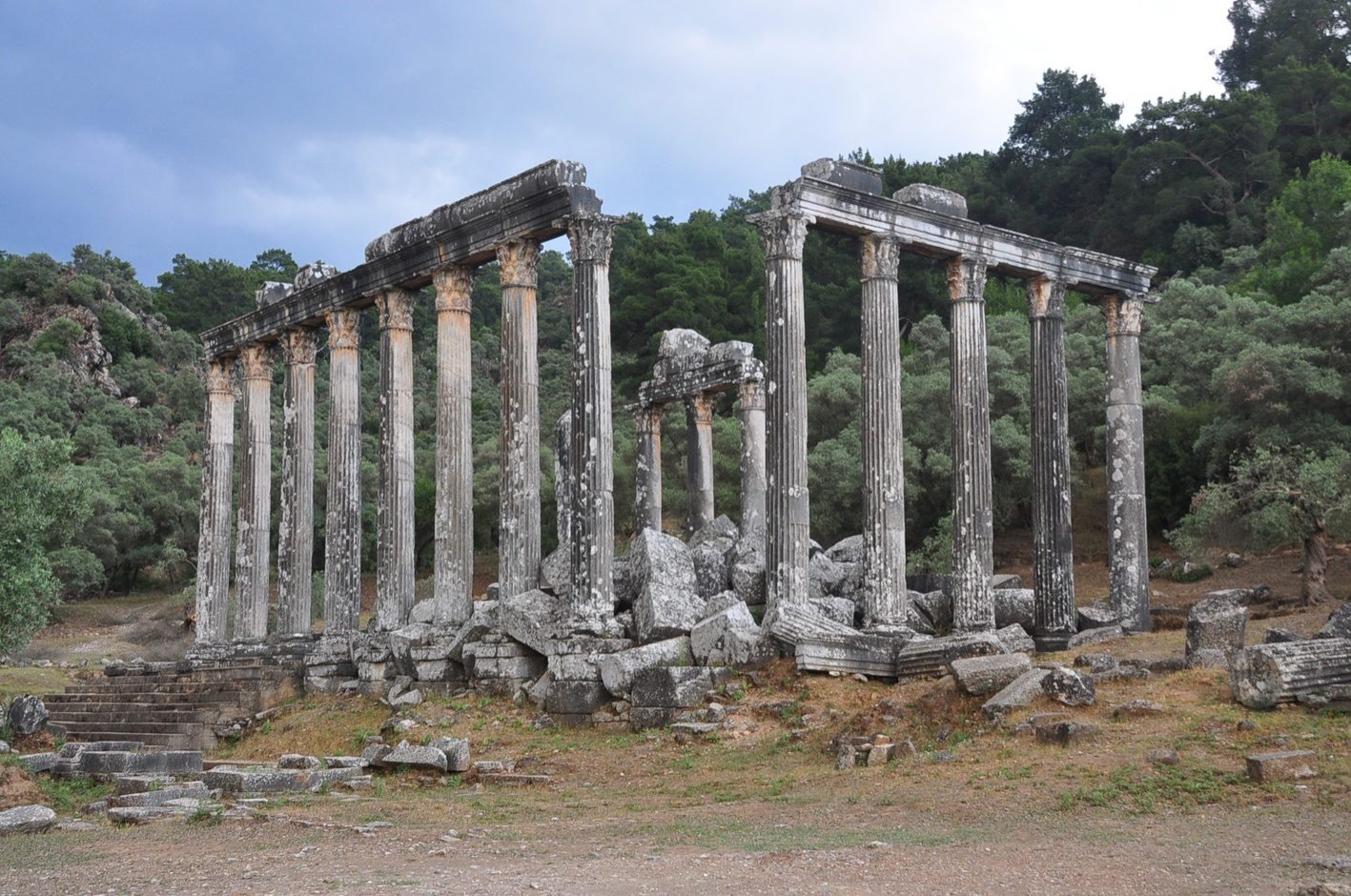 The Temple of Zeus Lepsynos, located in the ancient city of Euromos in southwestern Turkey, will rise again following the resurrection of newly excavated columns.

While excavations continue in the ancient city, which was built in the second century B.C. in the Milas district of Muğla province, work is being carried out to reerect the timeless columns of the 1,860-year-old Temple of Zeus Lepsynos in the archaeological site.

The columns of the Temple of Zeus Lepsynos are being reerected in the ancient city of Euromos, Muğla, Turkey, Oct. 11, 2021. (AA Photo)

Noting that they have unearthed many historical artifacts in Euromos to date, Excavation Head Abuzer Kızıl of Muğla Sıtkı Kocaman University spoke to Anadolu Agency (AA): “The Temple of Zeus in this ancient city is one of the best-preserved temples in Anatolia. One of our most important projects during our works on this temple was the rebuilding of the architectural blocks. By making this beautiful temple a little more magnificent, we will add it to the world’s cultural heritage.”

Kızıl remarked that it is a very difficult task to reerect the blocks back on their feet because of wear and tear over time. He said that archaeologists found broken pieces of the columns by searching hundreds of pieces, and then cleaned and restored them.

“We use chrome rods to join the large architectural blocks,” he said. “After we put the columns together, we will put them back in their original places with their pedestals as in the ancient period.”

Currently, 16 columns are standing and 10 will be raised with their upper beams.

“We are lucky that the majority of the columns belonging to the temple are present,” he said.

He underlined that his team has complied with international restoration rules without using modern materials.

Euromos is one of the important cities of Caria – the ancient name for the southwestern region of Anatolia’s Aegean shores. The ancient city is a draw for visitors interested in discovering the area’s historical richness and archaeological significance. Along with the Temple of Zeus, Euromos features an ancient theater, agora and necropolis.