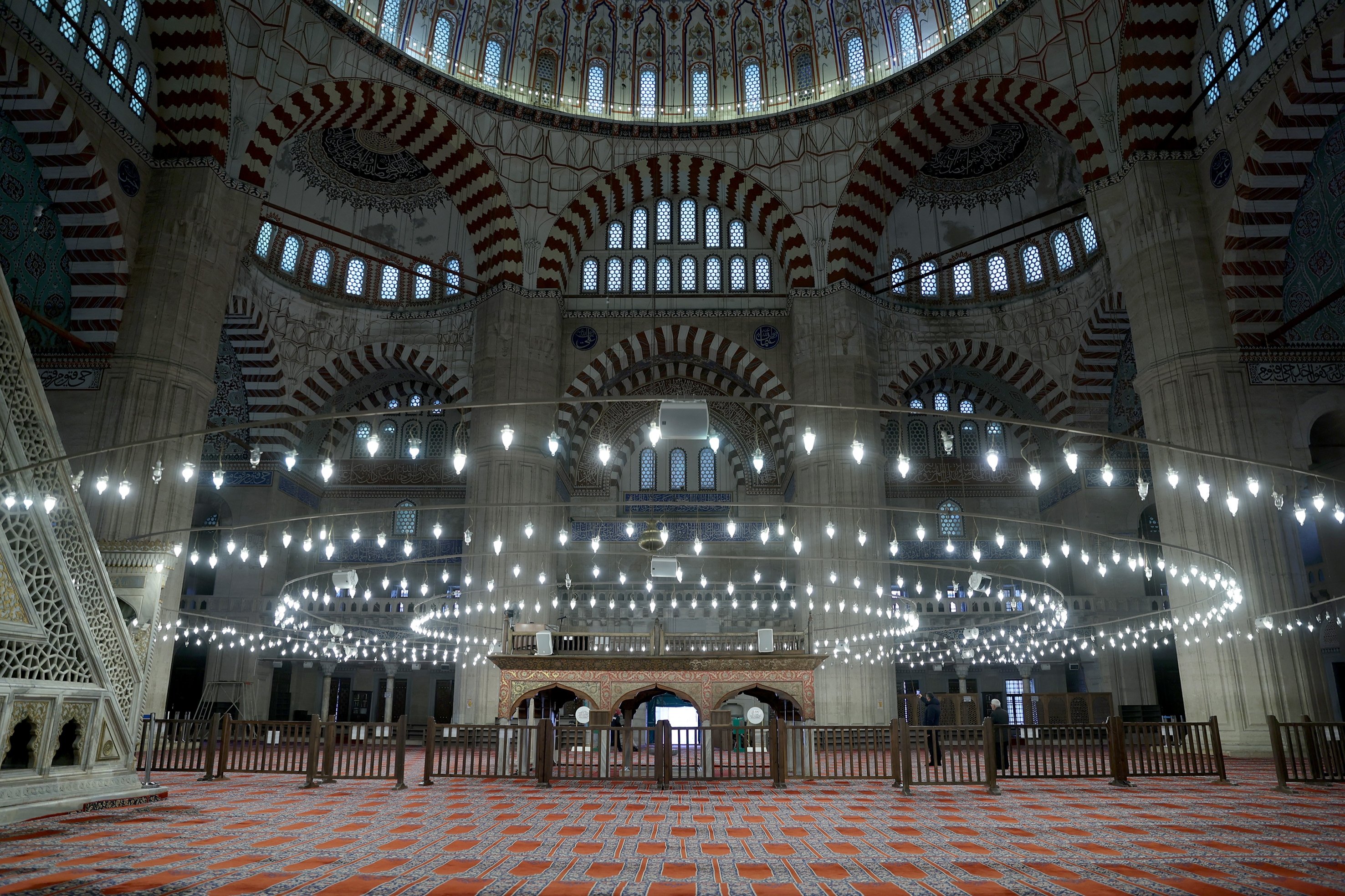 Added to the UNESCO list in 2011, the Selimiye Mosque and its social complex in Edirne was built in 1575 by Mimar Sinan, the most renowned Ottoman architect of the 16th century. The complex includes madrassas, a covered market, a clock house, an outer courtyard and a library. “The square mosque with its single great dome and four slender minarets, dominates the skyline of the former Ottoman capital of Edirne,” according to UNESCO’s website.

Adorned by tiles from the town of Iznik in the northwestern province of Bursa, renowned for its ceramics at “the peak period of their production,” the organization says the mosque “testifies to an art form that remains unsurpassed in this material.”

An outside view of the Selimiye Mosque, Edirne, northwestern Turkey, Nov. 26, 2021. (AA Photo)

Scaffolding will be set up on the facades of the mosques and each stone will be examined carefully. After this, a report will be prepared for their restoration and repair. In line with this report, repair methods for stone abrasion on the surface coatings, partial corrosion damage and fractures and cracks will be determined.

A view of the courtyard of the Selimiye Mosque, Edirne, northwestern Turkey, Nov. 26, 2021. (AA Photo)

The cement flooring where the müezzin mahfili (a special raised platform in a mosque where the muezzin carries out his duties to call for prayer) is located will be removed using mechanical methods and its original limestone floor will be exposed.

The cement applications and plasters on the domes which were accepted as the restoration concept of the period in the past repairs but are considered to be completely damaging to the historical structure due to their drawbacks today will be removed from the building during the restoration works.

The deterioration in the engravings of the mosque will also be fixed during the restoration works.