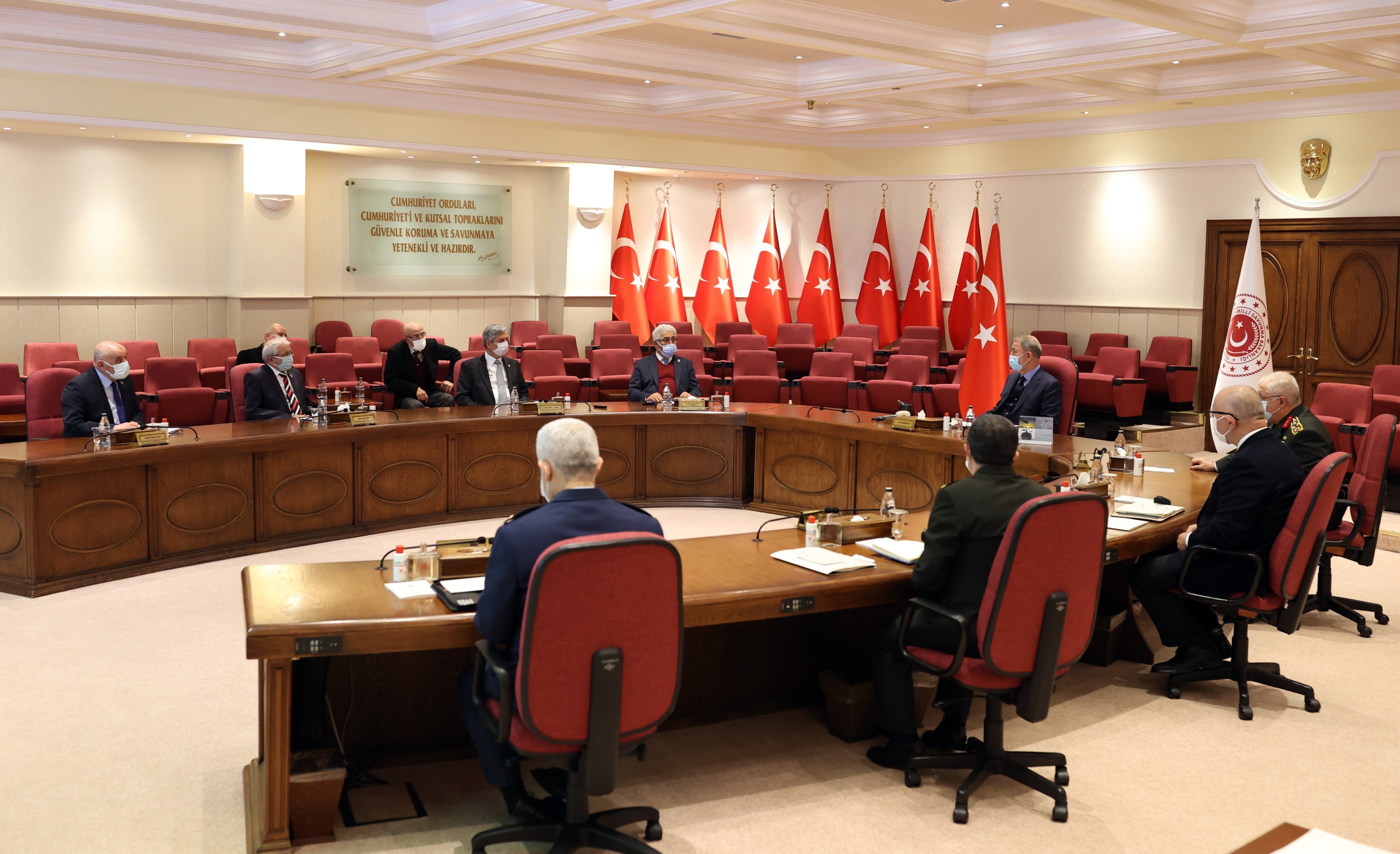 Turkey Retired Officers Association (TESUD) chairperson of the board and its officers were suspended from duty on Tuesday on the grounds that the association pledged support for the controversial declaration of the retired admirals on the Montreux Convention and even shared similar statements to that effect.

In the statement made by the Interior Ministry, it was stated that TESUD executives supported the declaration published by the 104 retired admirals in their recent statements and through media outlets, and it was seen that their statements were similar to those of the retired admirals.

Pointing out that the investigation initiated by the Ankara Chief Public Prosecutor’s Office regarding the declaration published by the retired admirals under Article 316/1 of the Turkish Penal Code (TCK) is ongoing, the following was noted:

“Upon TESUD executives’ announcement of support for the 104 retired admirals’ declarations, our ministry also appointed civil inspectors and associations auditors on April 8. In addition, the chairperson of the board of directors of the association and other members of the board of directors were suspended with the approval of the ministry as a temporary measure in accordance with the third paragraph of Article 27 of the Associations Law numbered 5253.”

After Turkey’s decision last month to withdraw from the Istanbul Convention, a European treaty aimed at preventing and combating violence against women, with a presidential decree, it came into question whether Turkey could withdraw from other international agreements the same way. In a TV interview, Parliament Speaker Mustafa Şentop said that technically it is possible and gave the example of The Montreux Convention Regarding the Regime of the Straits. Following discussions about Şentop’s statements, 104 retired admirals released a statement warning the government.

“We are of the opinion to refrain from any kind of rhetoric or action that could make the Montreux Convention … a matter of controversy,” they said.

The statement caused a major reaction as the responsible admirals were detained and questioned, only to be released afterward.

The Montreux Convention is a 1936 agreement that gives Turkey control over the Bosporus and Dardanelles and regulates the transit of naval warships. The convention guarantees the free passage of civilian vessels in times of peace and restricts the passage of naval ships that do not belong to littoral Black Sea states. Signed on July 20, 1936, at the Montreux Palace in Switzerland, the convention gives Turkey permission to remilitarize the Bosporus and Dardanelles. It went into effect on Nov. 9, 1936, and was registered in the League of Nations Treaty Series on Dec. 11, 1936.