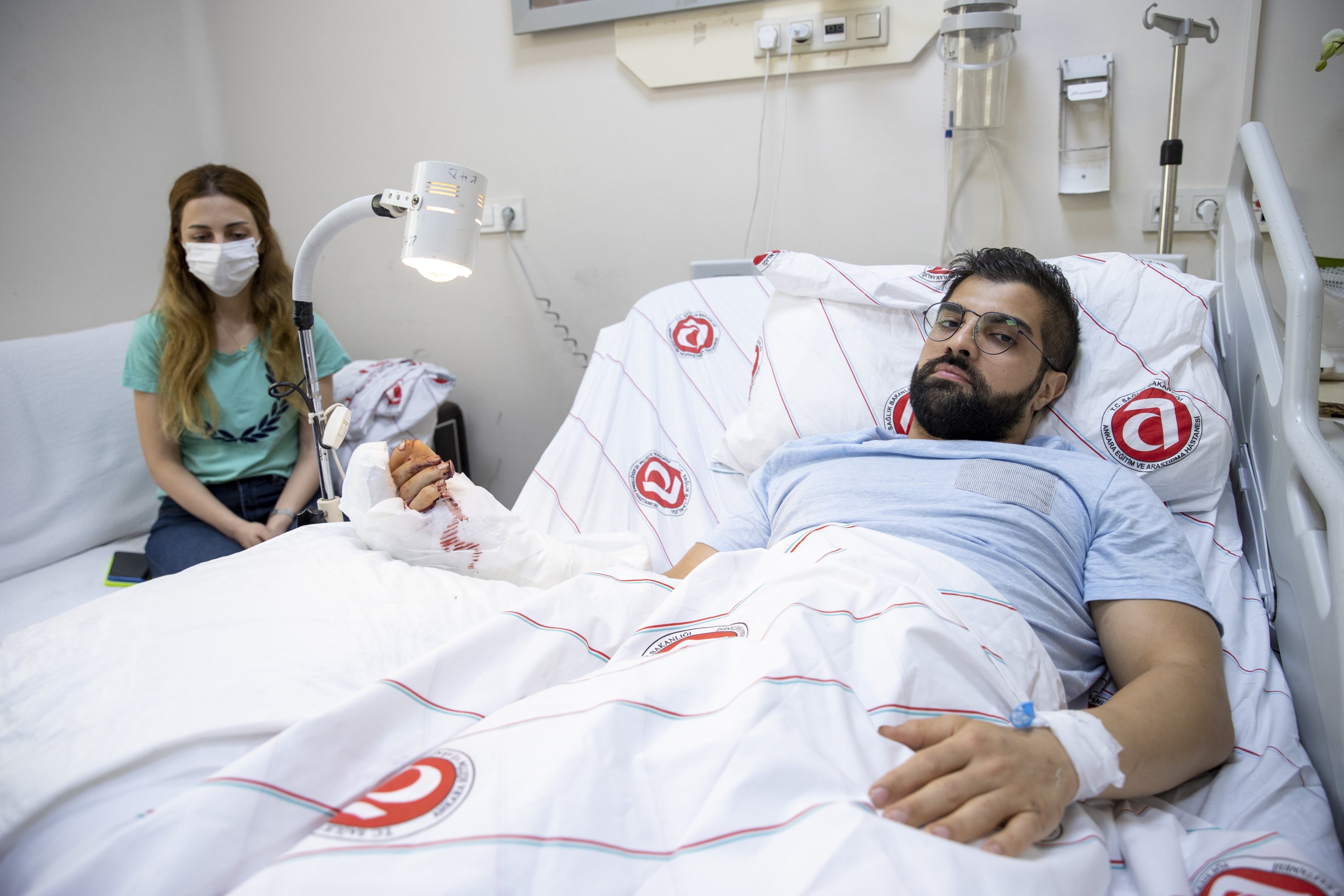 Health care workers are revered as members of a “sacred” profession who save lives against all odds. Doctors, nurses and other health care staff have received a renewed public appreciation amid the COVID-19 pandemic, sacrificing their lives to care for thousands suffering from deadly infections. Yet, they remain targets of violent patients, relatives of patients and others.

A report by the Union of Health Care and Social Service Workers (Sağlık-Sen) shows they were subject to 190 cases of violence throughout 2021, involving 364 assailants and some 316 health care workers. All fields, from doctors and nurses to paramedics, were victims of the attacks. A majority of the violent acts were perpetrated by relatives and family members of the patients that health care workers treated and attended to.

Most cases involve beatings, while others were limited to verbal harassment; murders are rare. Perpetrators’ excuses to justify their acts of violence are flimsy at best. Some claim health care workers did not give proper attention to their sick relatives while others, unfairly, demand priority in emergency rooms. In some cases, doctors face harassment and assault for refusing to prescribe drugs to addicts seeking access to medications they should not be prescribed.

“They use every weapon against health care workers, from guns to knives. If they have none, they throw chairs or bottles at them. We had no deaths in 2021, but we, unfortunately, lost colleagues in previous years. Still, we had heavily injured health care workers and those traumatized by violence and had to quit their jobs and those who underwent months of psychiatric treatment after the acts of violence they were subject to,” he says.

Dr. Ertan Iskender was one of those who quit their job. Iskender was stabbed by his patient B.N. while he was working at the Ankara Training and Research Hospital in the Turkish capital on May 27, 2021. The suspect, who injured Iskender in the back and hand, was captured and faces trial for attempted manslaughter, while Iskender recovered after one week of treatment. Earlier this month, Iskender announced his resignation from his job, citing difficulty to adapt to life due to the trauma of the incident and a “lack of improvement” in security and working conditions at the hospital. Iskender told Demirören News Agency (DHA) that he decided that he would not be able to treat his patients properly due to the psychological impact of the incident.

This culture of violence is referred to as “maganda,” a slang word used for people dismissing general rules and often expressing themselves through violent behavior, whether in a traffic dispute or in any other argument. This is the main culprit in violence toward health care workers. Durmuş says a wave of fear haunts all health care workers, though not all are directly affected by the assaults and harassment. All health facilities have a “white code” in place, which enables emergency response to such cases by law enforcement. Fortunately, most perpetrators are caught a short time after the incidents, but health care workers are calling for more security measures to protect them. They say sentences for the culprits are not a deterrent and urge authorities to implement a law exclusive to violence against health care workers.

“We don’t have a strategy to resolve this issue but rather, assess it on a case-by-case basis. (Authorities) should implement preventive, protective policies as soon as possible,” Durmuş said. Still, in the end, it is all about awareness, according to Durmuş, who said people should view health care workers as “people who make sacrifices, people who should be protected, not beaten.” He also highlights the need to prevent people from entering health care facilities with “objects that can be used as weapons,” like knives.

“Judiciary should also grasp the scope of violence. We see suspects involved in a traffic dispute imprisoned but another one terrorizing health care workers is released after detention,” he complained. He pointed out that only 41 assailants involved in cases of violence were arrested last year, while 124 were released without any charges.

In Iskender’s case, a court in the capital sentenced a prison term of 16 years and two months in a hearing on Friday, on charges of insult and attempted manslaughter of a public official.