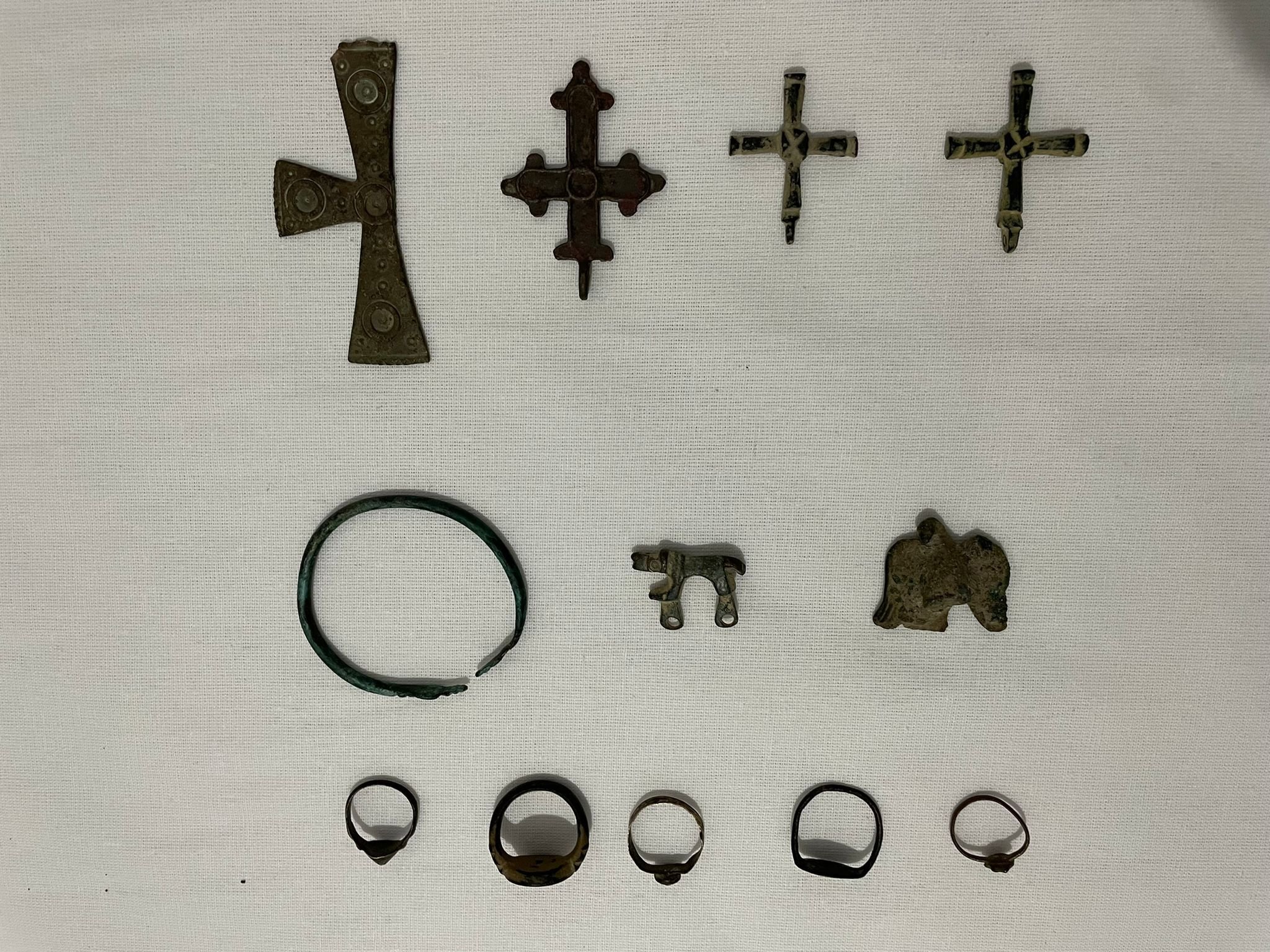 Security forces seized 46 objects considered to be historical artifacts in eastern Turkey’s Malatya province and 1 suspect was detained, according to a statement made by the Governor’s Office on Tuesday.

According to the statement, the Provincial Gendarmerie Command and Darende District Gendarmerie Command teams acted upon a report that a suspect from the Gürün district of Sivas would bring the artifacts to sell in the Darende district of Malatya. The teams organizing the operation seized 33 silver coins, 5 silver rings, 4 crosses, 2 animal figures, 1 seal and silver bracelets. The artifacts were handed over to the Museum Directorate.

Thousands of anti-smuggling operations are carried out across Turkey every year to halt the illegal sale of historical objects and protect the country’s rich cultural heritage. This issue is crucial to a country home to about 3,000 ancient cities from 42 civilizations and whose tourism industry relies on its rich historical heritage to attract millions of foreign visitors each year.

Called “the cradle of civilizations,” Turkey is home to a diverse legacy that has made it a prime target for smugglers for decades. Foreigners have looted everything from precious treasures to pieces of tiles from mosques – sometimes with authorities turning a blind eye to the thefts in the past. Nowadays, authorities are pursuing a global hunt for artifacts that adorn the collections of museums and private collectors. In the past decade, Ankara has managed to bring 2,712 artifacts, including small statues and sarcophagi, back from overseas.

In September, police had also seized 86 artifacts in Istanbul. These 86 historical artifacts were seized upon a tip-off in an operation conducted in Istanbul’s Kağıthane and Beyoğlu districts.

In simultaneous operations carried out in the two areas, 30 coins, 48 Roman-era game pieces made of stones, three lachrymatories and five other various objects were recovered.