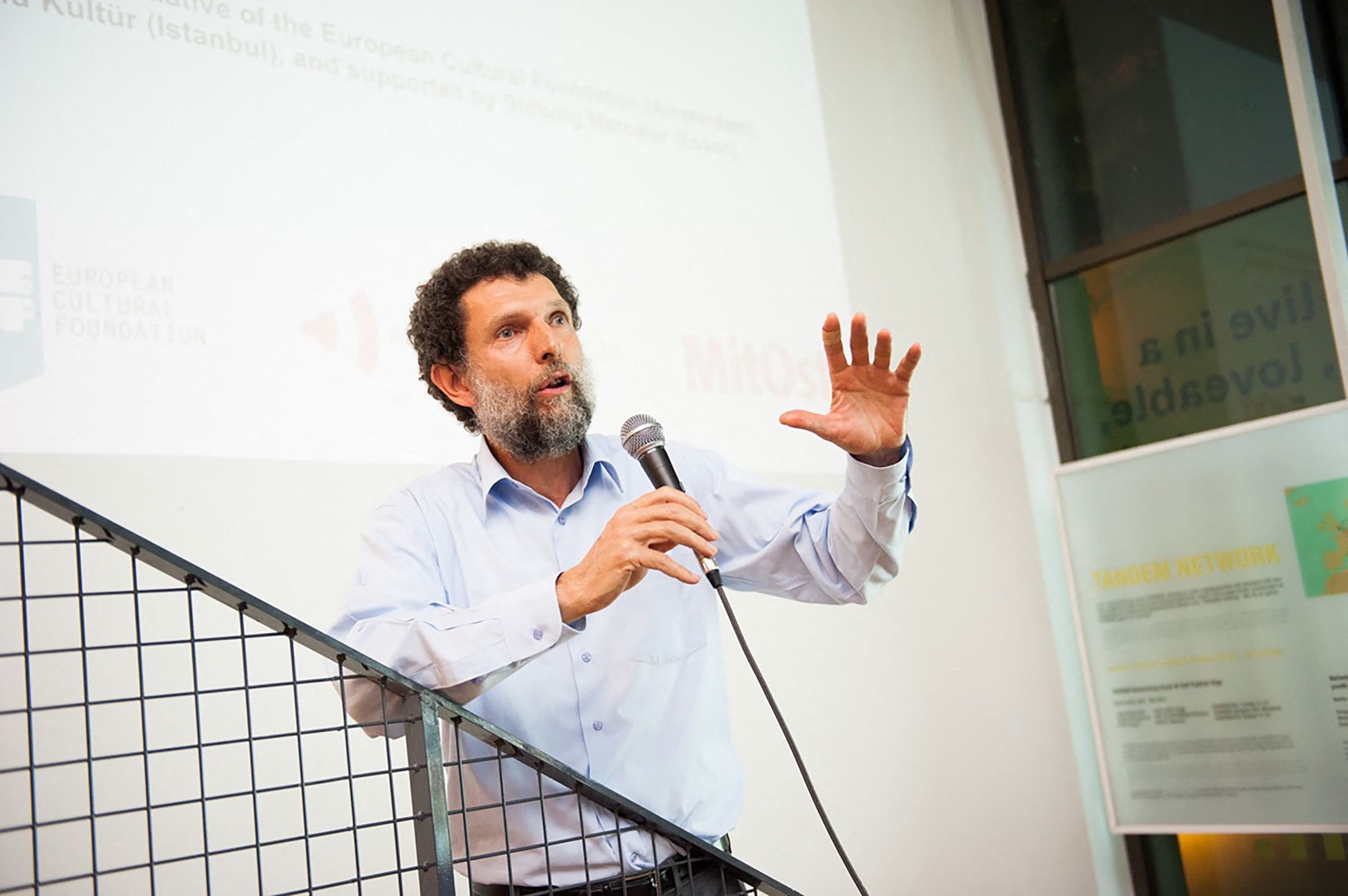 The embassies of the United States, Canada, France, Finland, Denmark, Germany, the Netherlands, New Zealand, Norway and Sweden late Monday called for the release of jailed Turkish businessperson Osman Kavala, who has been imprisoned for four years now over his alleged role in the 2013 Gezi Park protests and subsequent riots.

“Today marks four years since the ongoing detention of Osman Kavala began. The continuing delays in his trial, including by merging different cases and creating new ones after a previous acquittal, cast a shadow over respect for democracy, the rule of law and transparency in the Turkish judiciary system,” the joint statement issued by the embassies said.

“Together, the embassies of Canada, France, Finland, Denmark, Germany, the Netherlands, New Zealand, Norway, Sweden and the United States of America believe a just and speedy resolution to his case must be in line with Turkey’s international obligations and domestic laws,” the countries added.

“Noting the rulings of the European Court of Human Rights (ECtHR) on the matter, we call for Turkey to secure his urgent release.”

The ECtHR called for Kavala’s release in December 2019, claiming that the detention was aimed to silence him. The United States also previously called for his release in February.

Kavala and eight others accused of organizing the Gezi Park protests in 2013 were acquitted of all charges in February 2020 but an appeals court overturned that ruling in January. A court recently ruled that he will remain in prison until a hearing scheduled for Nov. 26 takes place to determine whether he will be released or not.

Kavala is also accused of involvement in the failed 2016 coup attempt. Those charges were combined with the Gezi case in February.

Ankara previously reprimanded Washington for once again attempting to intervene in its domestic politics and also called for the U.S. to respect the independence of Turkey’s judiciary.

“Turkey is a state of law. No state or any other party can dictate to Turkish courts about legal processes,” the Foreign Ministry said in a written statement.

“The judicial processes regarding Osman Kavala, carried out by independent courts, continue. Everyone has to respect these judicial processes,” it noted, adding that the follow-up of the enforcement of the ECtHR decision on Kavala is made by the Council of Europe.

“Our government has submitted the necessary information within this framework,” it stated.

Kavala was first arrested on criminal charges related to the 2013 Gezi events, a small number of demonstrations in Istanbul that later transformed into nationwide protests that left eight protesters and a police officer dead. The businessperson was later remanded in custody by an Istanbul court as part of a probe into the 2016 defeated coup attempt, with prosecutors accusing him of spying.

The indictment against Kavala and the 15 other defendants accuse the suspects of financing and coordinating the actions and protests in 2013 while claiming that they had also been involved and directed aspects of an uprising since 2011.

Kavala has maintained his claim that he took part in peaceful activities to defend the environment and the park, which is near his office, and rejected the accusation that he organized and financed the protests.

Hundreds of thousands of people marched in Istanbul in June 2013 in what began as a peaceful protest against a plan to build a replica of an Ottoman barracks on Gezi Park, which is located near Taksim Square in the city’s central Beyoğlu district.

Following the police’s response to control the protests, they turned into nationwide demonstrations and riots against the government of then-Prime Minister Recep Tayyip Erdoğan.