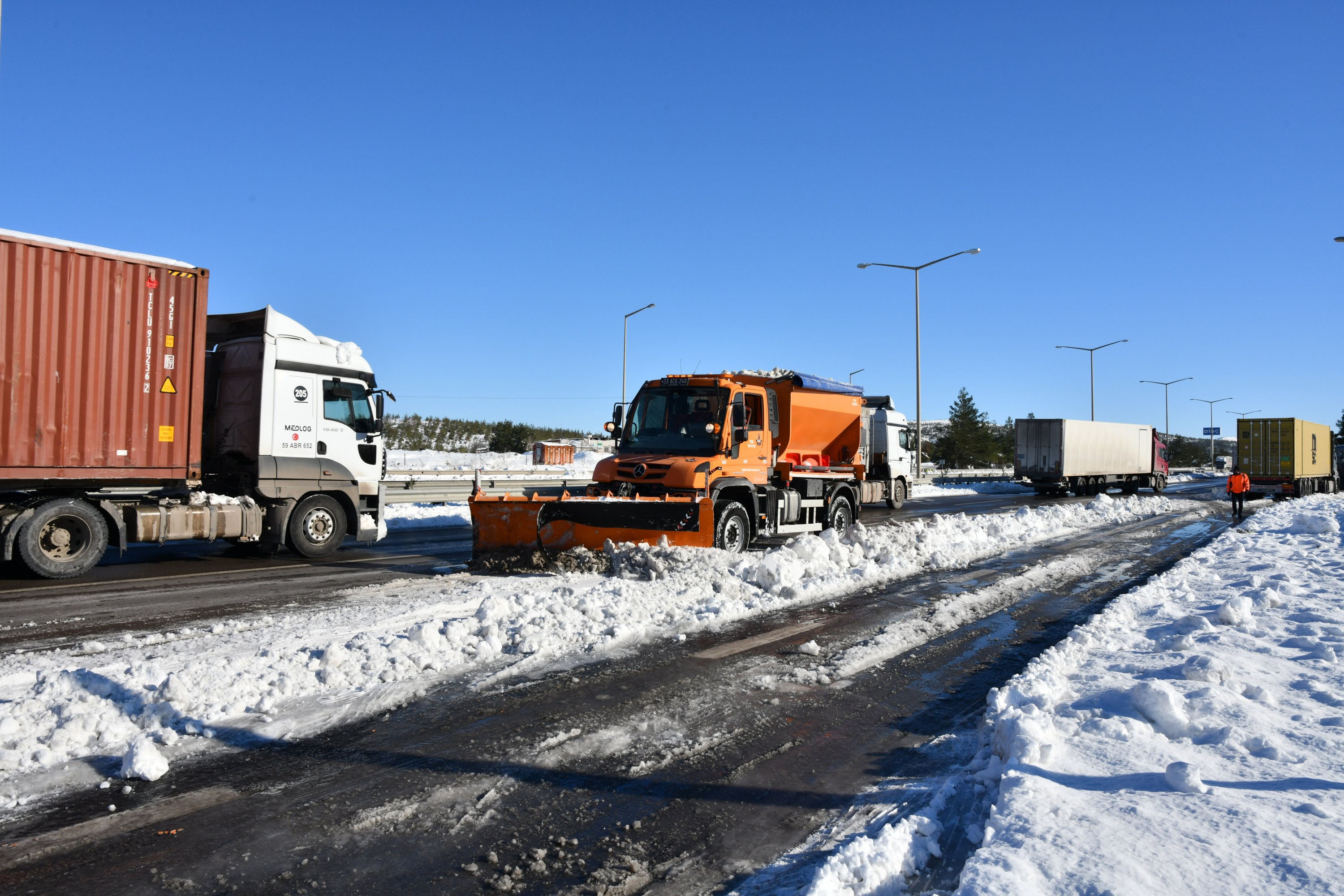 Authorities announced on Thursday that Tarsus-Adana-Gaziantep (TAG) highway stretching across southern Turkey had resumed traffic, after thousands were stranded since late Tuesday.

Motorists and passengers were trapped on the highway when heavy snowfall and blizzards disrupted transportation. At least 2,800 people were evacuated by rescue crews while the stranded were delivered food and taken to shelters along the snowed-in road’s section in the province of Gaziantep.

Snowplows worked around the clock to reopen the road on Wednesday and the traffic was largely resumed, before the road was shut down again early Thursday. Gaziantep Governor Davut Gül told Anadolu Agency (AA) later on Thursday that the highway was completely open now.

Long-haul trucks that skidded off the icy road were blamed for the disruption while a thick layer of snow, reaching 50 centimeters (19.6 inches), hindered efforts to clear the traffic jam.

Gül said some 6,000 personnel worked in Gaziantep and on the highway, which was exposed to the worst snowfall in decades, to keep roads clear of snow. The governor, however, warned motorists to take caution and drive only with winter tires as the snowfall intermittently continued in the region .

The majority of Turkey is grappling with bad weather that has affected transportation since earlier this week. The Disaster and Emergency Management Presidency (AFAD) announced late Wednesday that hundreds of village roads were blocked due to heavy snow while work was underway to clear them. AFAD and other agencies are supplying food and emergency health aid to stranded people.

Winter weather is mainly affecting central, eastern, southern and northern parts of Turkey while the snowfall is rare in the west, though temperatures have considerably dropped in the western cities as well.