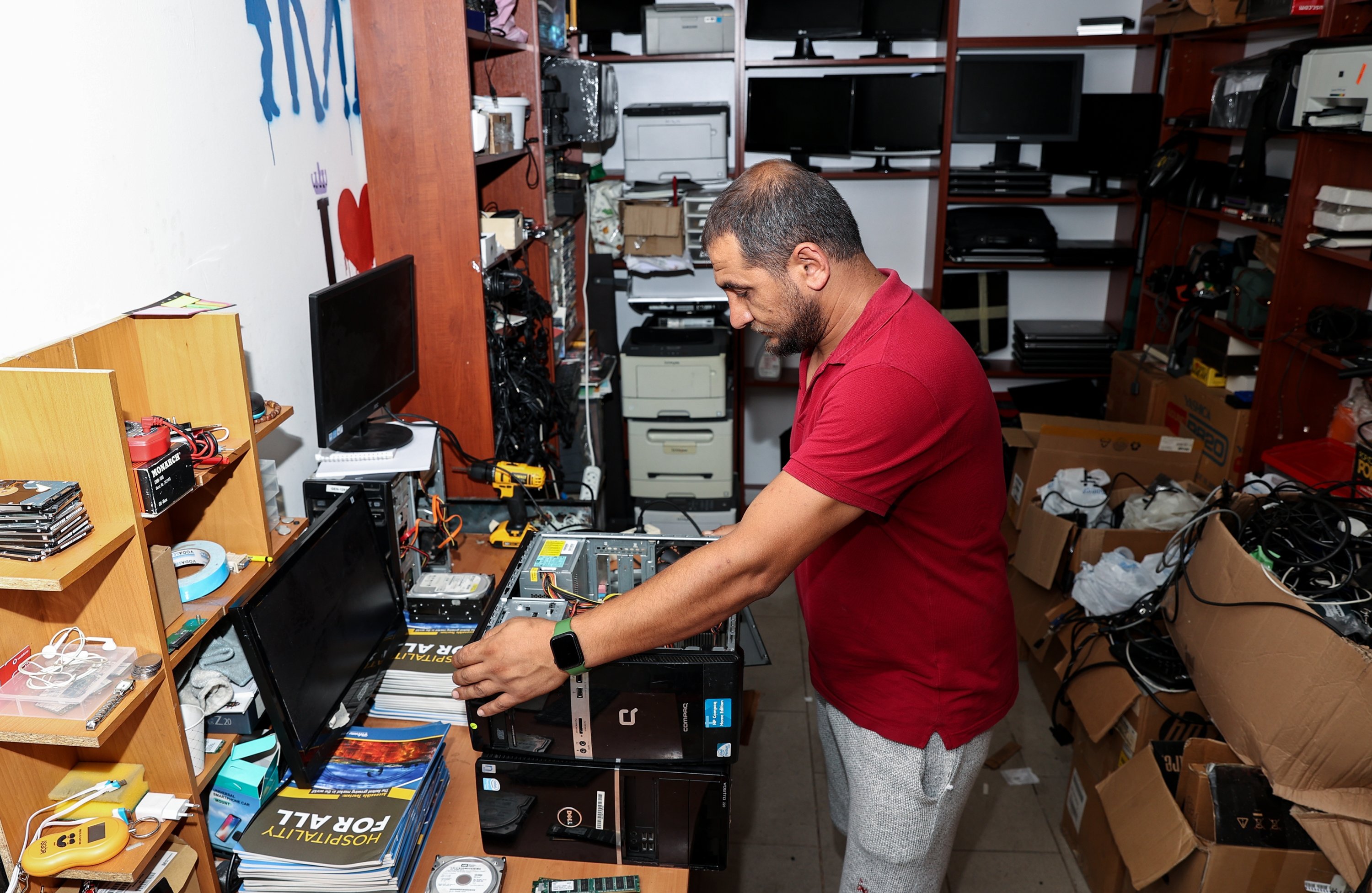 With an aim to close the digital divide in Turkey, an Istanbul-based social startup has started collecting and repairing old computers to send them to schools in villages lacking computers.

Empact, in association with Ataşehir municipality in the eponymous Istanbul district, accepts donations of old computers and refurbishes them at its workshops. Donors can also donate old electronic devices, from cameras to televisions, which the startup exchanges with recycling companies for old computers.

Burak Köktürk, founder of Empact, said some 2,500 students across Turkey have benefited from their initiative so far. “This is a battle against the digital divide,” Köktürk told Anadolu Agency (AA) Tuesday. The startup’s project also addresses the growing electronic waste problem, in an age where electronic devices rapidly become obsolete in the face of swift technological developments.

Köktürk says electronic waste was a fast-growing phenomenon and some 50 million tons of electronic devices go to waste every year globally, with only 5% of them properly collected in Turkey.

“We fix all the devices we collect and introduce computer classes at village schools. So far, we have set up 18 classrooms, each furnished with 10 computers,” he said.

The startup’s initiative attracted further demand from other village schools. Currently, 55 schools applied to the startup and are awaiting the delivery of computers. To boost their supplies, the startup also collects old computers from provinces where the villages they donated to are located.

“If you donate a device other than a computer, we gave them to recycling firms and in return, receive hardware from them, like keyboards, mouses and hard drives,” Köktürk said.