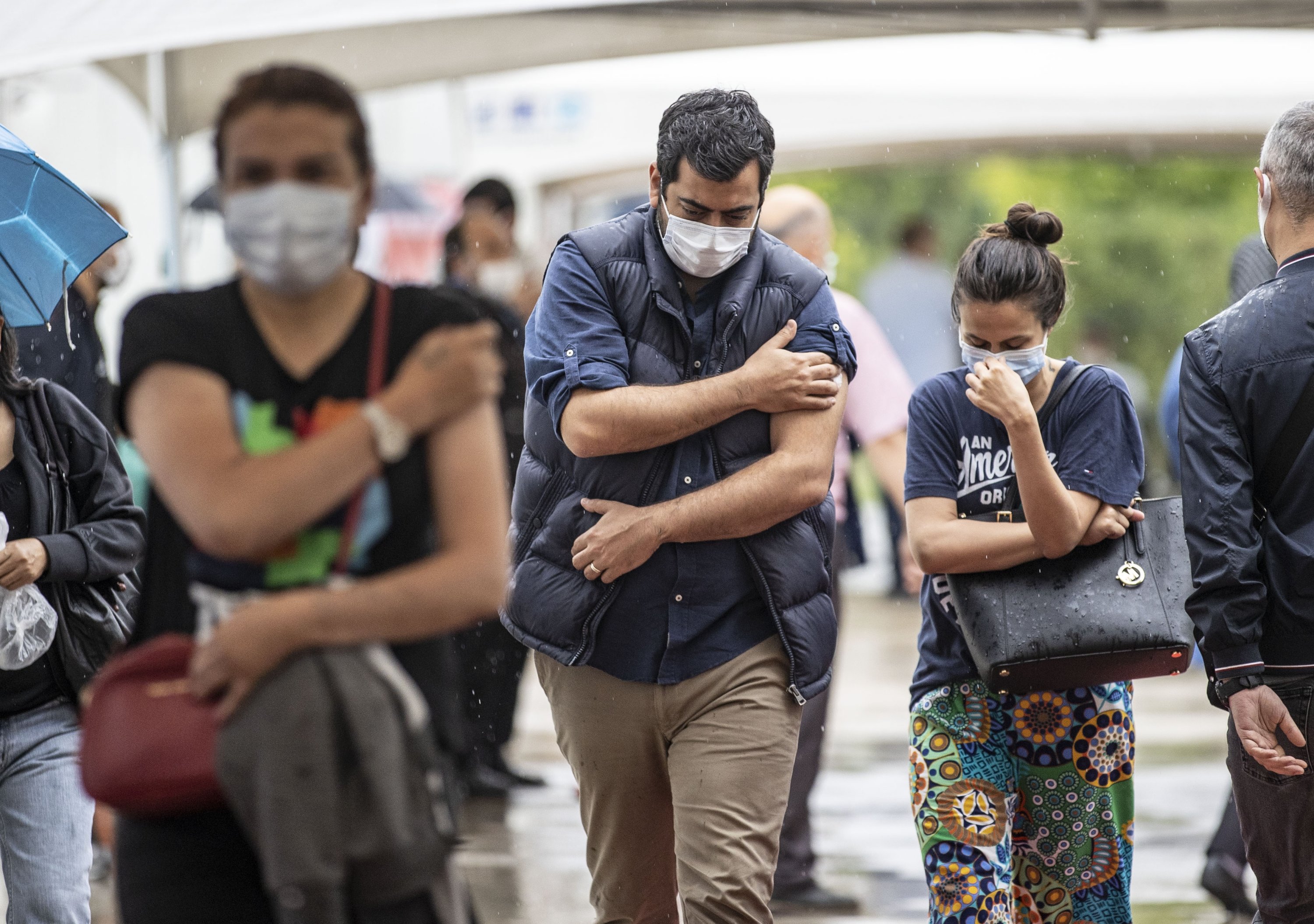 Turkey administered over 781,000 COVID-19 vaccine doses Monday, which marked the country’s highest daily jabs in a day, according to the Health Ministry.

Turkey has administered over 34.49 million doses of COVID-19 vaccines since it launched a mass vaccination campaign in mid-January, including first doses to nearly one-fourth of the country’s population of some 83.6 million, the ministry said.

More than 20.73 million people have received their first doses, while nearly 13.76 million have been fully vaccinated, according to ministry data.

Turkey reported 5,626 new coronavirus cases, including 428 symptomatic patients, over the last 24 hours. The number of new cases Sunday was 5,012.

The country’s overall case tally is over 5.33 million, while the nationwide death toll has reached 48,795 with 74 new fatalities.

Turkish Health Minister Fahrettin Koca later announced on Twitter that vaccination appointments will begin for all employees affiliated with the Turkish Social Security Institution (SGK) as of Tuesday.

To contain the virus, Turkey currently has a nightly curfew from 10 p.m. to 5 a.m. from Monday to Saturday, and a full lockdown on Sundays.

Since December 2019, the pandemic has claimed over 3.8 million lives in 192 countries and regions, with more than 176.08 million cases reported worldwide, according to the United States-based Johns Hopkins University.