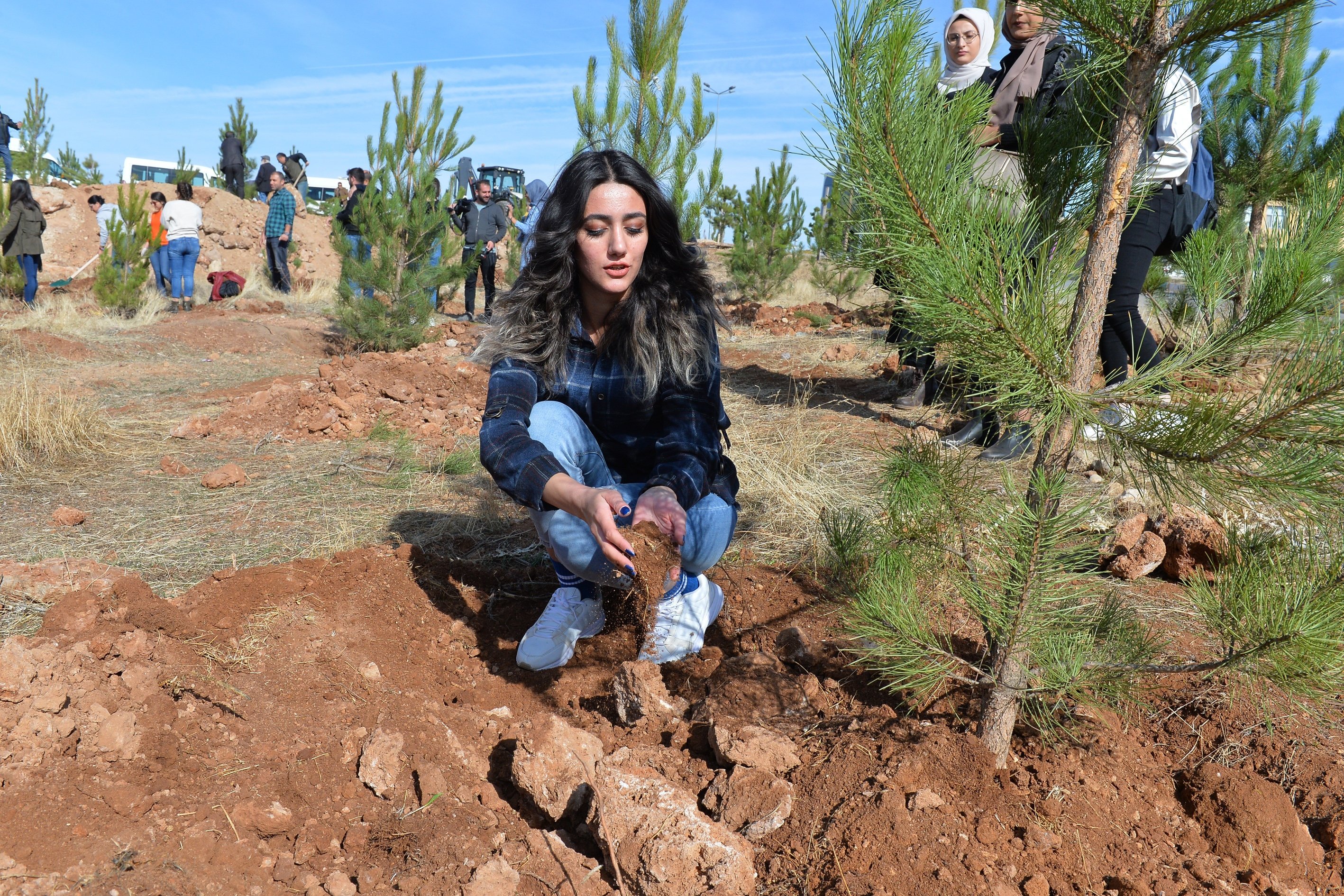 A drive to keep Turkey greener in the face of climate change persists in the country as authorities plan to plant some 600 million saplings by the end of 2021. Since 2003, the country has managed to bring the number of saplings planted to 5.3 billion, with a goal of reaching 7 billion by 2023, the centenary of the Republic of Turkey.

Tree planting is crucial for Turkey which loses swathes of forests every year to forest fires and faces drought risks.

Ibrahim Yüzer, who heads the department in charge of mass planting efforts at the Directorate-General of Forests, says they rehabilitated lands amounting to 5.4 million hectares with the planting of saplings and their efforts were aided by about 40,000 workers of the directorate and people living in villages who rely on forests for a living.

Turkey’s forests cover 29% of the total territory and Yüzer says they wanted to increase it to 30%, “an ideal number based on world average of forest sizes. “We want to create more forests but our country also needs pastures, agricultural fields,” he said.

Trees are also critical to address the soil erosion challenge which caused Turkey to lose millions of tons of soil since the 1970s. The country managed to decrease the land loss to 154 million tons from 500 million tons in the 1970s.

Yüzer says they were also working to recreate forests lost to fires, frequently occurring last year, devastating thousands of acres of forests from Hatay in the south to Izmir in the west. He assured that burned forests were never allowed to be used for other purposes (such as residential developments) and after every fire, they launched reforestation efforts. “Last year alone, 90% of burned areas were planted with trees again,” he told Anadolu Agency (AA) Friday.

Forests give a lifeline to Turkey where hundreds of thousands of hectares of land turn into deserts every year due to poor irrigation. Officials say Turkey is among the countries most affected by the increase in nonarable lands and climate change, as it sits in a geographically challenging location sandwiched between different climates. More than half of soil has the characteristics of arid, semi-arid and semi-humid climates. Central and southeastern regions, known for vast flatlands and steep mountains, are particularly vulnerable to the risk of desertification.