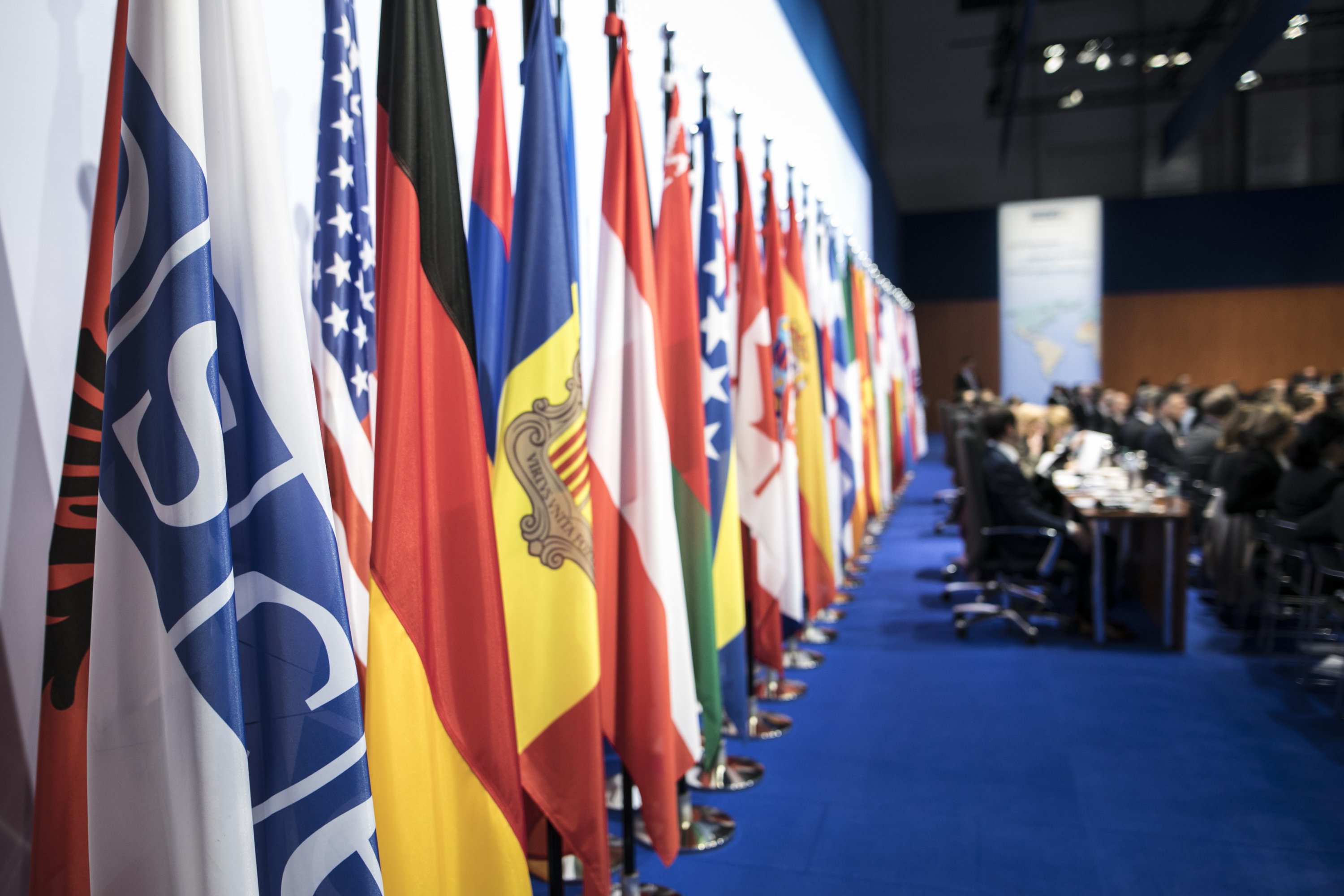 Speaking at the 2021 Organization for Security and Cooperation in Europe (OSCE) Mediterranean Conference held virtually, Yavuz Selim Kıran said the destabilizing factors caused by the pandemic have paved the way for terrorism, organized crime and a regional and global increase in human smuggling.

“Our campaign against such threats can succeed only through a multilayered strategy and international cooperation,” he remarked.

Underlining that selective approaches toward terrorism harm efforts to combat it, Kıran said, “We should keep fighting terrorism without any discrimination.”

He said more decisive and result-oriented policies should be adopted in the fight against terrorism, adding that Turkey takes part in initiatives of multilateral cooperation for the adoption of a common understanding.

He said the pandemic has affected various sectors, particularly tourism, and added that regional and international cooperation is necessary to fight the difficulties arising from the pandemic.

“Turkey has been contributing to the efforts to minimize the adverse effects of the challenge since the first days of the pandemic,” Kıran said.

“While we provided support for several sectors of our economy, we also supplied medical equipment to over 160 countries and 12 international institutions,” he said.

Noting that the Turkic Council will donate COVID-19 vaccines to 10 African countries as part of the joint initiative by Turkey and Hungary, he said his country will put its domestic Turkovac vaccine at the disposal of humanity.

“We should provide fair and equitable access to everyone from every country. Turkey will continue supporting the global efforts for vaccine equality,” he added.

As the pandemic further increases irregular migration, Turkey faces a large number of irregular migrants due to its geographical location between the source countries and Europe, Kıran said.

Noting that Turkey hosts the world’s largest refugee population, Kıran said the country has reached the limits of its capacity.

“Fair burden and responsibility sharing are important in migration management. Turkey will not assume the international responsibilities of third countries if the situation in Afghanistan or elsewhere leads to new migration flows,” he continued.

Kıran said that the Mediterranean countries have been the ones that are most affected by climate change and that his country is determined to adopt a leading and active role in the fight against climate change.

Kıran emphasized that tackling intolerance, Islamophobia and discrimination should be prioritized, as such threats have increased more than ever.

“Especially in Europe, these problems create discomfort in the daily lives of Muslims, affect state policies and harm social cohesion. The international community should act together to reverse this tendency,” he commented.