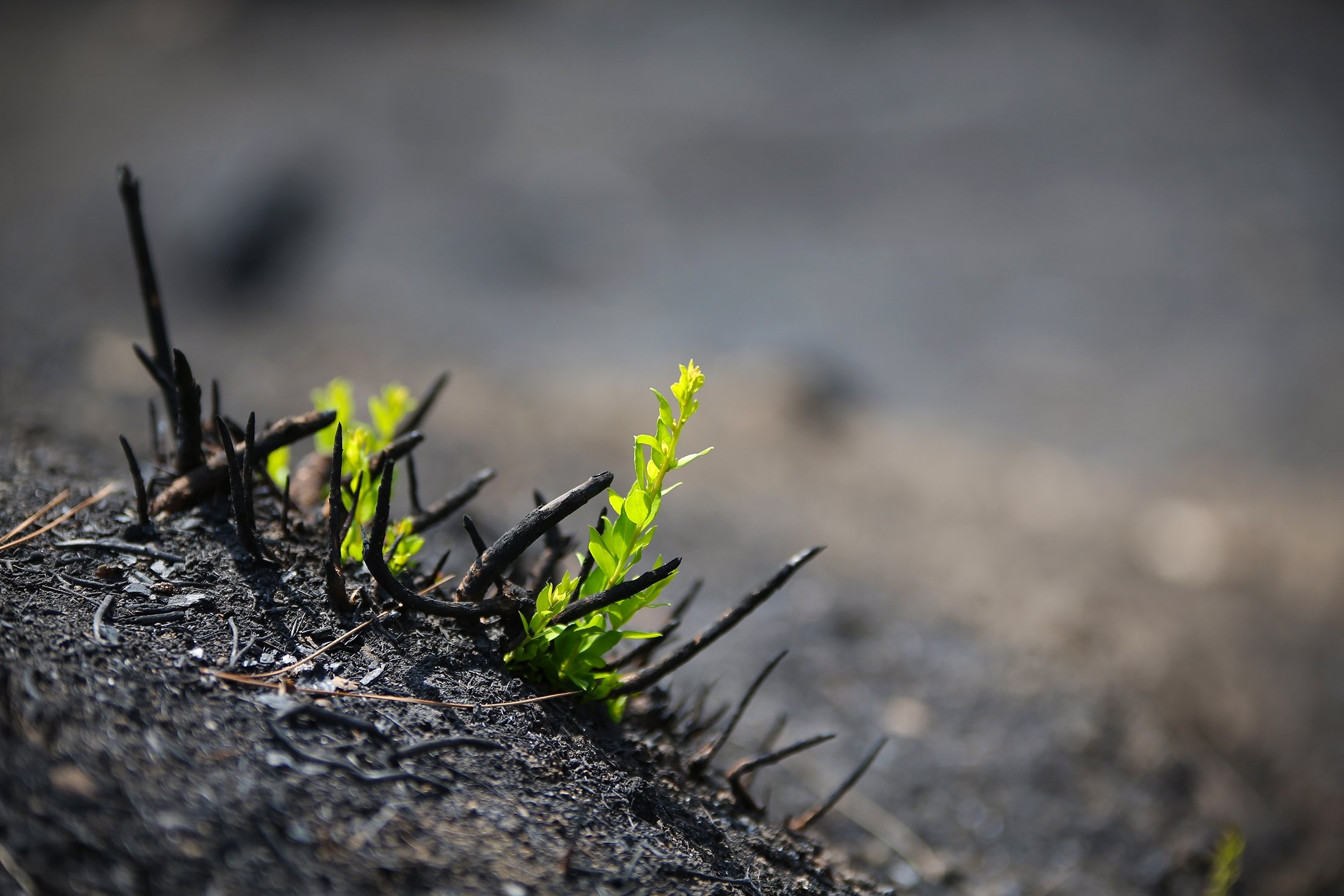 Turkey had to battle an unprecedented number of wildfires throughout the summer that burned countless forested areas to the ground. As the smoke clears, reforestation efforts are set to get underway to heal the wounds left by the blazes, particularly in the south.

“We are planning to replant all the burnt areas within a year. It is estimated that 4 million saplings will be planted in the burnt areas,” Adana Regional Directorate of Forestry Director of Plantation Yalçın Serikler said on the issue.

In the fires that broke out in July in Adana’s Aladağ, Kozan and Imamoğlu districts and Osmaniye’s Kadirli district, ​​approximately 5,600 hectares (13,800 acres) of forests were destroyed.

As part of the efforts initiated for the reforestation of the areas damaged by the fires, 4 million saplings have been made ready for planting by the Adana Regional Directorate of Forestry.

According to the plans, Turkish pine, stone pine, black pine and cedar as well as carob, walnut, almond and olive saplings are set to be planted to bring life back to the areas damaged by fire.

Serikler said that the Adana Plantation Directorate continues its activities at six tree nurseries over an area of 125 hectares and has the capacity to produce 8 million saplings annually.

Serikler noted that they completed their work on the areas damaged in the forest fires in Adana and Osmaniye in July.

“For 2021, there are plans to plant and seed saplings in an area of ​​​​4,000 hectares, and we have more than enough saplings ready for these areas, in fact we have enough saplings available to reforest an area one and a half times larger than the burnt section,” Serikler told Anadolu Agency (AA).

“For these areas Turkish pine, stone pine and for higher grounds black pine and cedar are planned to be planted. In addition, we will plant some carob, walnut, almond and olive saplings that generate income for our villagers, and we will sell some of them to the villagers at a low price,” he said.

Serikler said that the reforestation efforts in the areas would begin after the first rains.

“We are planning to start planting after the first rains in November. We plan to reforest all the burnt areas within a year. It is estimated that 4 million saplings will be planted in burnt regions. In some areas seeds will be planted.”

“Right now, we have 6 million saplings at our disposal. So, we have enough saplings ready to give to other Regional Directorates of Forestry as well if they request,” Serikler stated.

“With the start of reforestation efforts, we aim to re-green all the burnt areas by next autumn.”