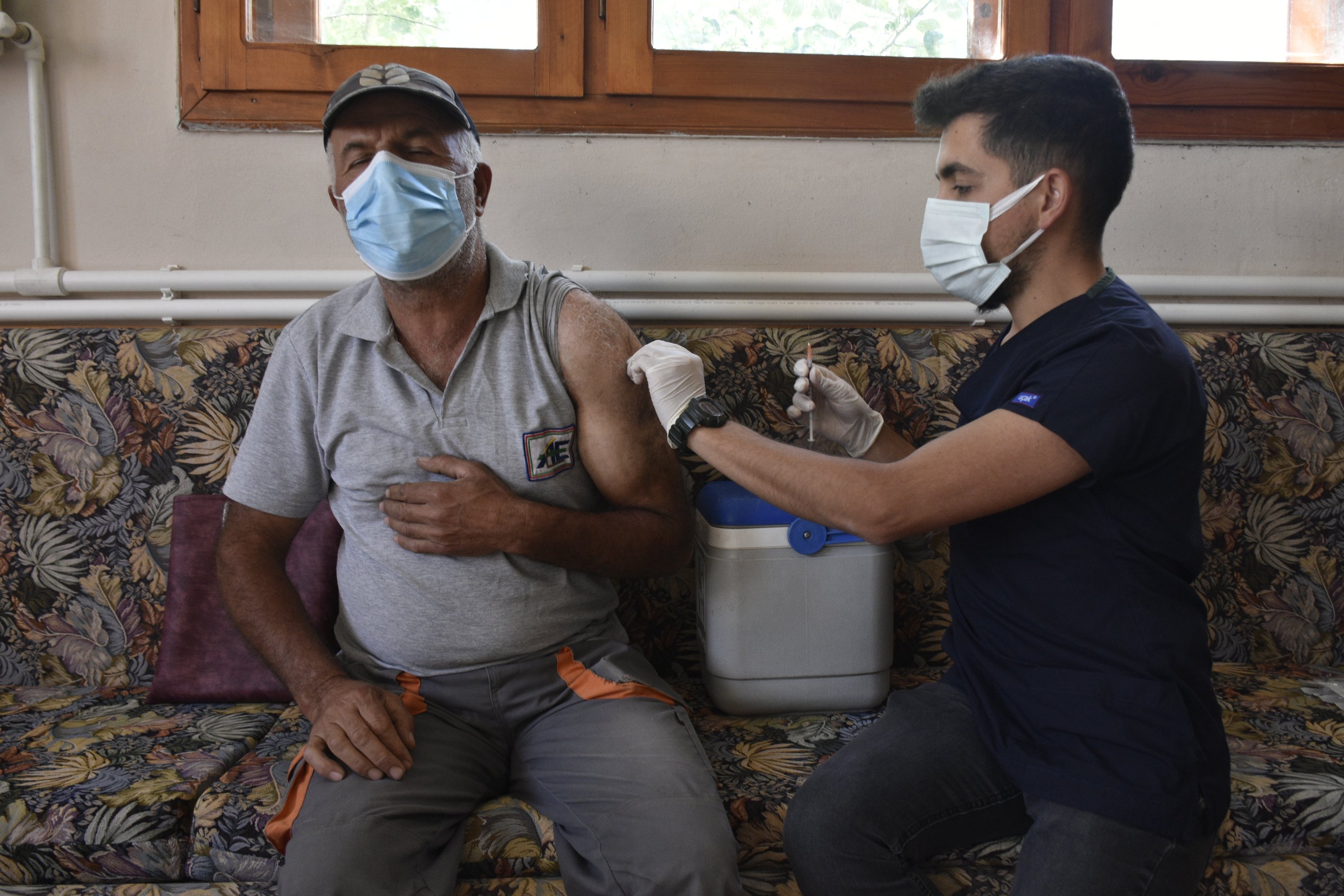 The Health Ministry’s COVID-19 vaccination map, which categorizes 81 provinces in line with their vaccination rate, was rearranged as the country’s vaccination program gained pace. The new map shows the rate of people who were administered two doses of vaccines, instead of people with only one dose. The northwestern province of Kırklareli topped the list of places with the highest two-dose vaccination rate at 76.4%. Thirteen provinces in the eastern region and Bayburt in the north scored lowest in two-dose vaccinations. Şanlıurfa logged the lowest rate at 41.3%, lower than the second-place Mardin where only 45.3% of the population eligible for vaccines had their two doses.

Overall, the country reached a two-dose vaccination rate of slightly over 68%, while the rate of people with one dose exceeded 85%. Data by the Health Ministry shows that the country administered more than 105 million doses and more than 42.2 million people have had their two doses so far.

A vaccination program was rolled out in January 2021. It started with health care workers at the front line of the pandemic and in early summer, it was expanded to all age groups at the age of 15 and above.

The daily coronavirus cases rarely fall below 26,000 in recent weeks in the country. On Monday, the Health Ministry reported 27,688 cases and 231 fatalities, while 27,949 others recovered. Since the first cases were reported in March 2020, Turkey has recorded more than 5.4 million cases. The recent surge is blamed on the fast-spreading delta and delta plus variants and what experts call a false sense of security with increasing vaccination rates, as well as the lifting of restrictions after a strict lockdown.