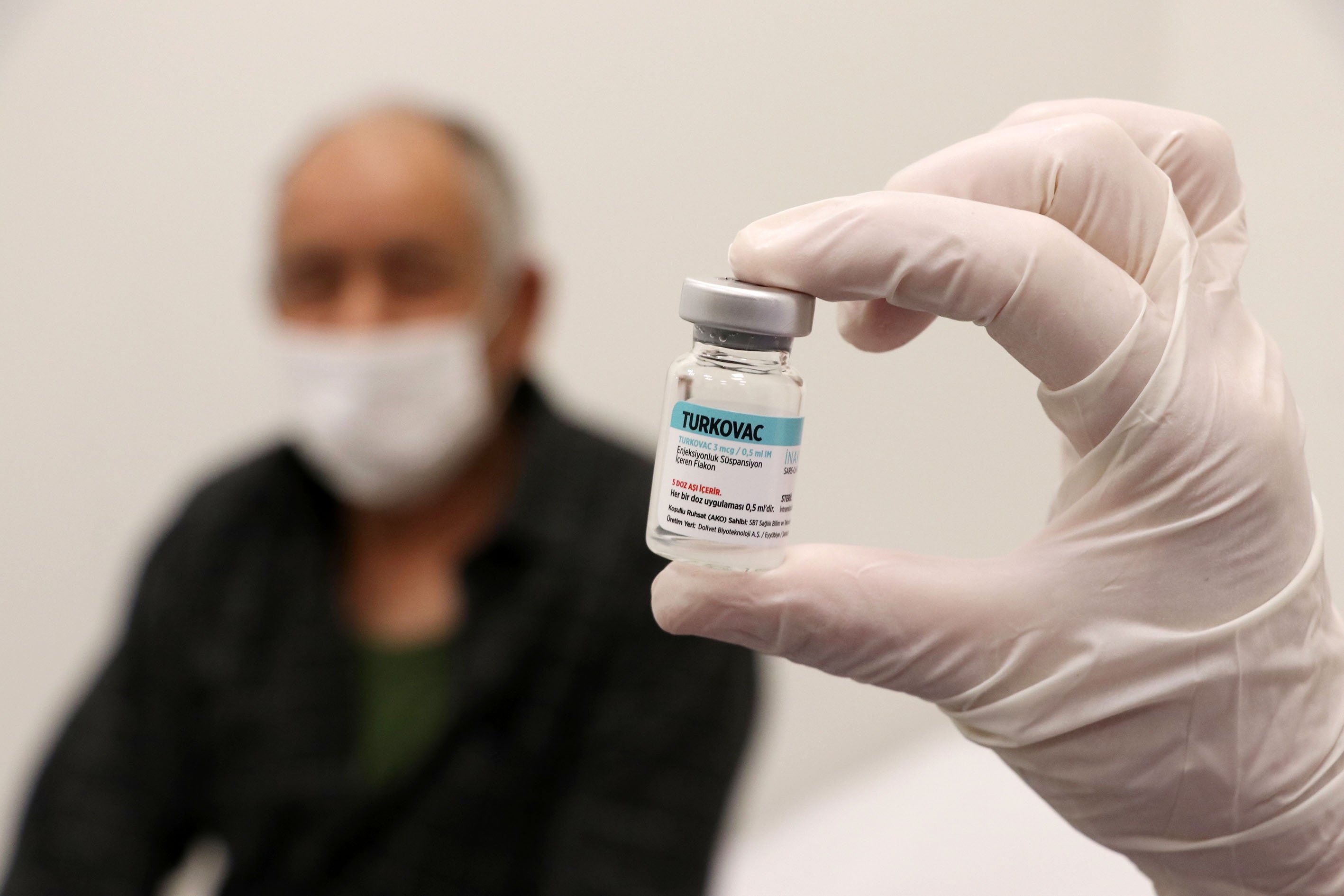 Health Minister Fahrettin Koca announced that Turkey’s domestically developed COVID-19 vaccine Turkovac will be tested as a booster shot or third dose for people who have been administered two doses of the Pfizer-BioNTech jab.

Koca’s announcement, which was reported by the Turkish media on Thursday, comes after Wednesday’s Cabinet meeting in which the government discussed the course of the COVID-19 pandemic among other topics.

The minister said the trial would start on Monday, marking a “world-first” in terms of administering an inactive vaccine (Turkovac) to people who have been double-jabbed with a messenger RNA (mRNA) vaccine, that is, the jab developed by Pfizer-BioNTech. Both vaccines are currently available in Turkey, however, access to Turkovac is more limited, though the country aims to expand its production.

The jabs are included in the country’s vaccination program that began in January 2021 with CoronaVac, an inactive vaccine like Turkovac, which was developed by China’s Sinovac.

Koca said the trial aims to observe changes in antibody levels in those administered three doses of inactive and mRNA vaccines, adding that an ethics board approved the study and that research will begin at Ankara City Hospital in the Turkish capital.

Turkovac is as effective as CoronaVac, according to the interim results of a study conducted in Turkey. Releasing the results earlier this month, the study by Hacettepe University in the Turkish capital Ankara revealed that the local jab is 49.29% more effective in preventing infections in the vaccinated than CoronaVac.

The locally made jab was developed in 20 months by a group of scientists at Erciyes University, with the support of the Health Ministry’s Presidency of Turkish Health Institutes (TÜSEB). The vaccine received emergency use approval in December. With Turkovac, Turkey joined the few countries in the world to develop their own vaccine against the coronavirus.