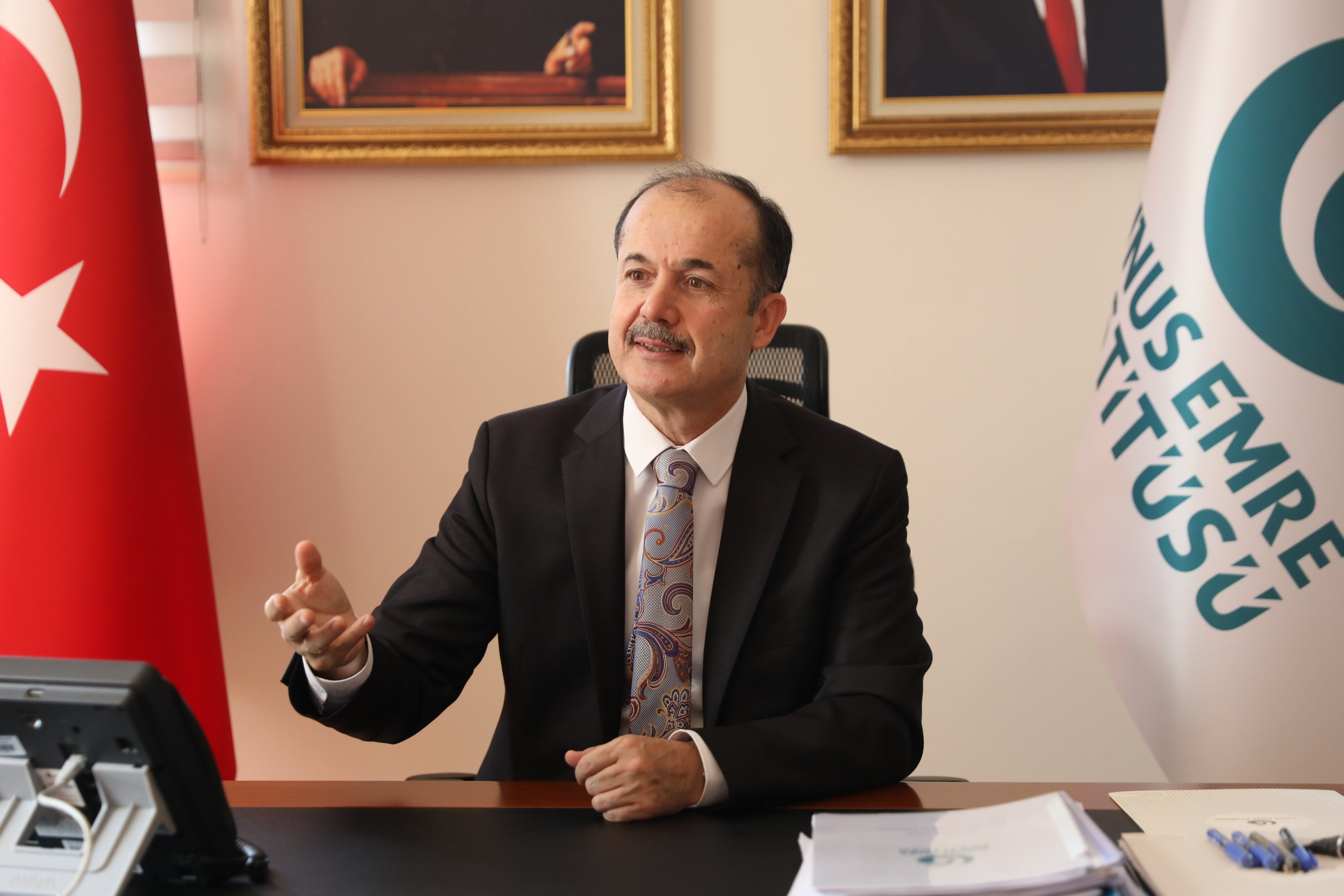 The Yunus Emre Institute (YEE) will soon open four new centers in Iraq’s capital Baghdad, Irbil, Mosul and Kirkuk at the same time in an effort to promote the Turkish language and culture around the globe.

Speaking to Daily Sabah in an exclusive interview, Şeref Ateş, head of the YEE, said there is significant demand for the centers in Iraq and that the institute also focuses on new projects in northern Syria’s regions, which have been rid of terrorism.

“The Yunus Emre Institute values cultural maps rather than political or geographical ones,” Ateş highlighted, “in the past few years we have experienced increased cultural interaction both in Iraq and Syria.”

“Azaz has become a big city. In total, around 4 million to 5 million people live in these areas where Turkey’s operations created safe zones, which constitutes almost one-third of Syria’s total population although geographically it is only around 10% of its area.”

Azaz was liberated from Daesh terrorists by the Turkish military and aligned Syrian opposition forces during Operation Euphrates Shield in 2016. The town has since become an area with a high concentration of internally displaced people and the main hub for Turkish relief efforts.

Since its operations, Turkey has supported every aspect of life across the region, ranging from health to education, and security to agriculture. Efforts to clear bombs and improvised explosive devices (IEDs) were launched, and administrative duties were designated to local councils.

The country also rolled up its sleeves to reconstruct hospitals, schools, mosques and roads destroyed by the terrorist groups. Within the scope of ameliorating the region’s social infrastructure, people were given food and clothing by several nongovernmental organizations (NGOs), while roads and buildings were rebuilt. These efforts paid off as hundreds of displaced Syrians started to return to the liberated areas.

“Culture means to rebuild minds,” Ateş underlined, saying that the institute is giving Turkish language lessons to more than 105,000 students in the region.

“Turkey is starting a cultural construction in the places it goes,” he explained.

Named after the 13th-century poet Yunus Emre, an influential figure that spread a purer version of early Turkish, the institute also adopted his embracing philosophy as “Let’s Know Each Other,” a verse from one of his well-known poems. Since it was established in 2009, it has strived to make Turkish culture and language better known in many parts of the world amid growing interest in Turkey in the last decade.

The YEE’s Turkish cultural centers, from Asia to Africa, teach Turkish to everyone from young students to adults.

Soaps produced by Syrians as part of the Yunus Emre Institute’s project is seen in this photo. (Courtesy of the YEE)

Yet, he said, the institute does not focus only on Turkish lessons. In their latest project, the YEE launched a vocational course on producing soaps for Syrian women. The women are brought to Kilis province from Azaz, receive training here at a university and start production in Syria. The income from the products, planned to be sold in both Turkey and abroad, will go to the women. The YEE provides them with the necessary materials.

Ateş stated that a great number of Syrian refugees that had been living in Turkey have started returning to their homeland, mostly to northern areas that have been liberated.

Ateş further stated that the YEE is currently in talks with a former United States movie director for a documentary on Azaz. He underlined the importance of lending a helping hand to Turkey’s neighbors which would also contribute to preventing terrorism.

As another potential upcoming project, Ateş stated that besides Turkish courses, the YEE may also launch Kurdish courses, especially in Afrin, encouraging the Kurdish culture.

“Investment in culture is the most important investment,” he said.

Most recently, new centers were opened in Rwanda and Nigeria. Ateş said that the number of centers worldwide is expected to reach 70 at the end of the year. The YEE, for example, gives Turkish courses to Somalians receiving army officer training by Turkey. Following the courses, it is expected that Turkish military officials will be able to continue their training in Turkish. The same project is being carried out in Senegal and Gambia as well, Ateş explained.