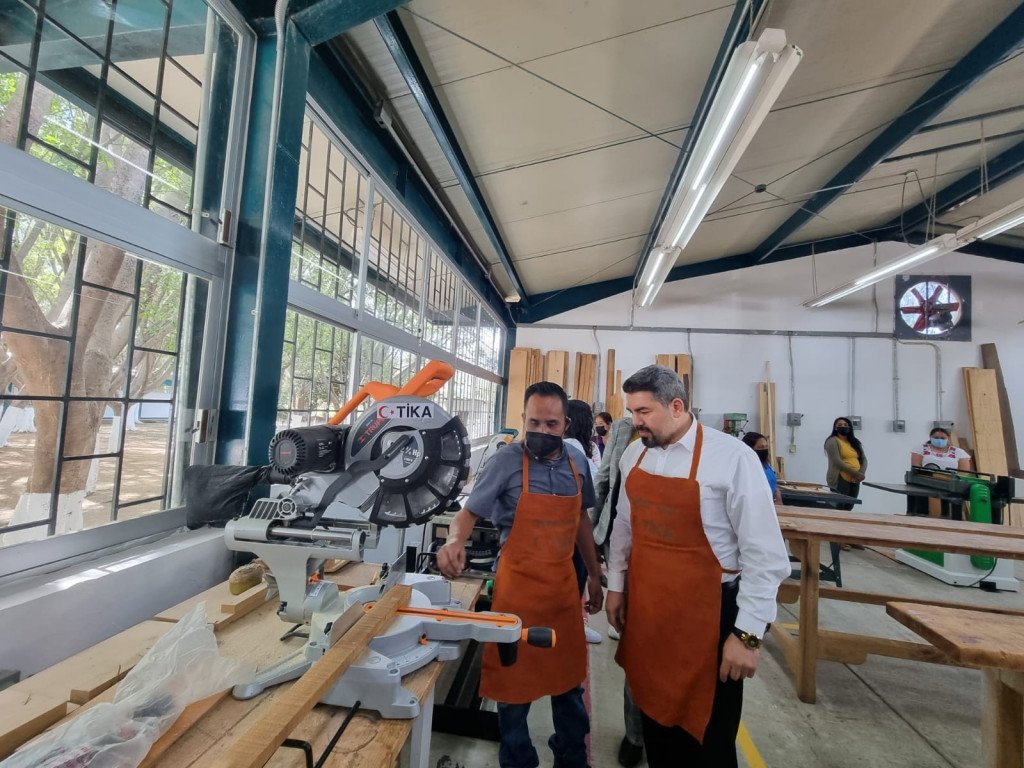 The Turkish Cooperation and Coordination Agency (TIKA) has extended Turkey’s brand of development aid to Mexico, opening its first Latin American office in the country in 2014. Since then, it has undertaken dozens of projects and aid campaigns in Mexico. Recently, TIKA Deputy Director Ümit Naci Yorulmaz visited the country to oversee the inauguration of the agency’s latest projects.

Physical therapy centers set up in nursing homes in the state of Hidalgo were among the agency’s recent accomplishments, with centers in the towns of Apan and Huichapan catering to elderly residents in need of therapy.

Speaking at the inauguration ceremony, Hidalgo Governor Omar Fayad Meneses, who highlighted his ancestors’ roots in the Ottoman-ruled Middle East, said Turkey and Mexico shared cultural similarities, adding that the migration from Ottoman-ruled regions to Mexico has become a part of the country’s national identity. Meneses said TIKA took the first step to empower the Turkish-Mexican alliance and this collaboration can be further developed by cooperating in the realms of science, technology and innovation.

Yorulmaz said TIKA is always ready to play its part and that it would pursue efforts to cooperate in the fields of education, health, agriculture and infrastructure.

The Turkish agency is also planning to open a permanent Turkey exhibit in Mexico’s National Museum of Cultures, in cooperation with that country’s National Institute of Anthropology and History (INAH).

Yorulmaz also oversaw the delivery of medical equipment and a mobile clinic to health authorities in the state of Oaxaca during his visit to Mexico. The equipment and clinic will be at the service of Indigenous communities with limited access to health care in the state. TIKA also launched carpentry teaching workshops in the state last week, in a bid to bolster women’s employment.

During Yorulmaz’s visit, the Turkish agency delivered equipment donated to five radio stations broadcasting for the Indigenous Chontal community. Thanking the agency, the community’s leader Artemio de la Cruz said that his people were long deprived of many services and TIKA was instrumental in the community gaining access to them.

The TIKA deputy director told Anadolu Agency (AA) that their regional office in Mexico helped the agency undertake projects both within the country and in the Central American and the Caribbean region. He also noted that AMEXCID was their most important partner in their projects. He highlighted the importance of the physical therapy centers the agency opened, adding that they would serve some 25,000 people across eight regions of Hidalgo annually, both senior citizens and others in need of therapy.

On the museum project, Yorulmaz said they planned to establish a permanent Turkey section in the National Museum of Cultures in Mexico City, to promote Turkey’s historical and cultural legacy in the venue which is home to artifacts from other parts of the world as well.

TIKA, founded in 1992 as a government-run agency to help countries primarily in Central Asia and the Caucasus, has expanded its operations to more countries since then. It now operates in 170 countries on five continents with projects in every field, from building schools and workshops to supporting hospitals with medical equipment, providing training programs in an array of professions and distributing food and other basic humanitarian aid to people in conflict zones, displaced people and members of disadvantaged communities world over.