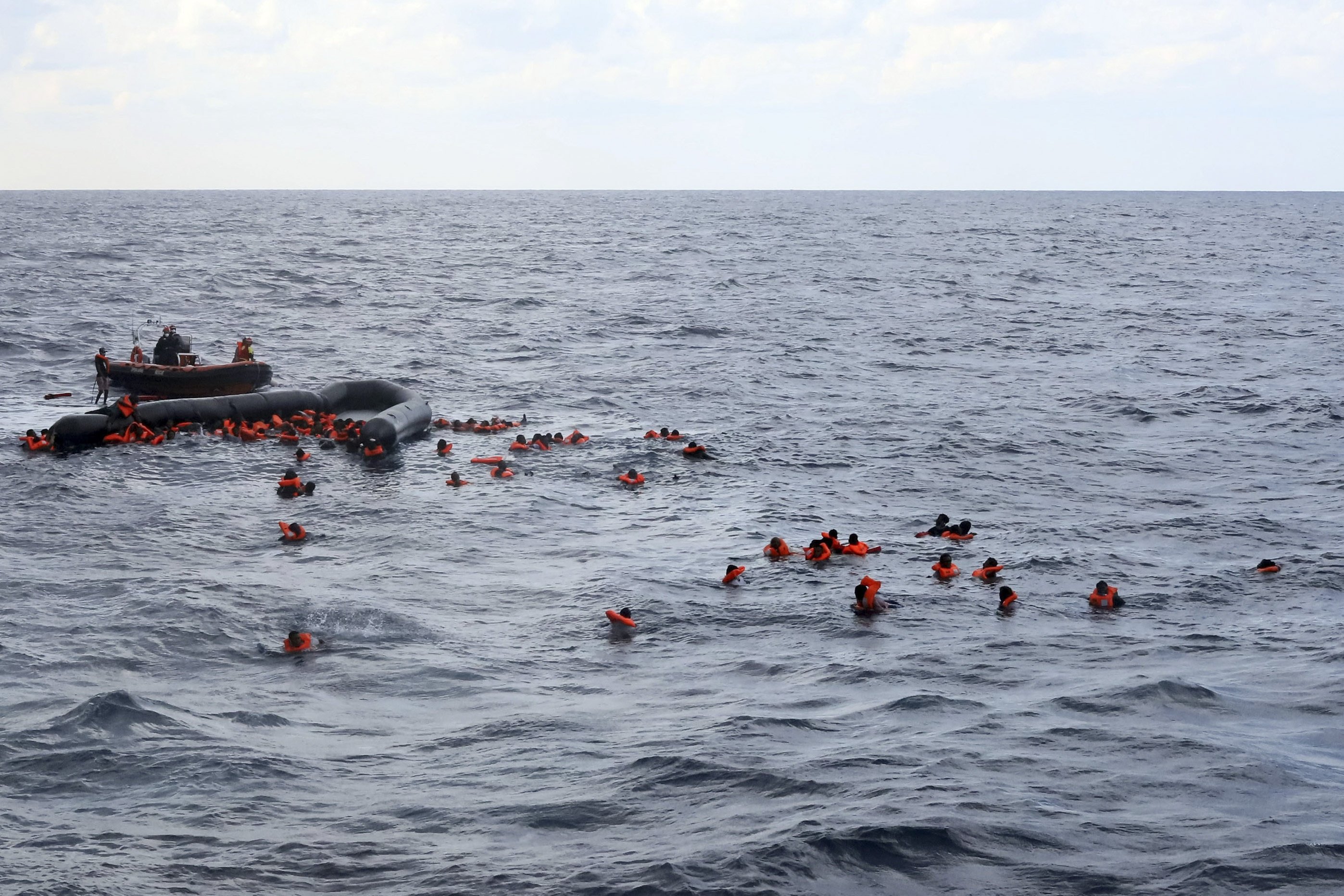 Ümit Gürpınar, the Turkish captain of a Marshall Islands-flagged cargo vessel, rescued 97 illegal migrants when their dinghy started taking on water off the coast of Malta over the weekend. Gürpınar’s vessel was sailing near Malta when the country’s authorities alerted him Saturday that their ship was the nearest to the dinghy carrying Libyan, Syrian, Bangladeshi and Pakistani migrants. Gürpınar and his crew found themselves hosting the migrants after both Malta and Tunisia, the other closest country to the spot, refused to take in the migrants. After about 12 hours of negotiations, Malta reluctantly admitted the migrants, Demirören News Agency (DHA) reported Monday.

Migrants saved by the Turkish captain rest aboard the vessel, off the coast of Malta, June 12, 2021. (DHA PHOTO)

The 90-meter-long (295-foot-long) vessel was traveling between two Tunisian ports when Maltese authorities sought help to save the migrants. Gürpınar changed the course of his ship and helped the migrants, including children, board his vessel. When he tried to drop them at a Maltese port, Malta refused and asked him to take them to Tunisia. Tunisia also rejected them, while the migrants threatened “mutiny” if they were taken to Tunisia. Turkey’s Foreign Ministry intervened in the situation and after lengthy talks with Malta, convinced the country to take in the migrants.

The Mediterranean’s perilous waters do little to daunt illegal immigrants fleeing conflicts and poverty in their home countries. They often board small dinghies to reach European countries from North Africa and other places littoral to the Mediterranean. This year alone, 784 migrants have died or went missing en route, according to the United Nations figures. Rescue ships operated by charities occasionally patrol the sea to save migrants in trouble. Italy and Malta occasionally refuse migrants arriving en masse, while the European Union has been criticized for failing to come up with a united, humanitarian response to the situation.