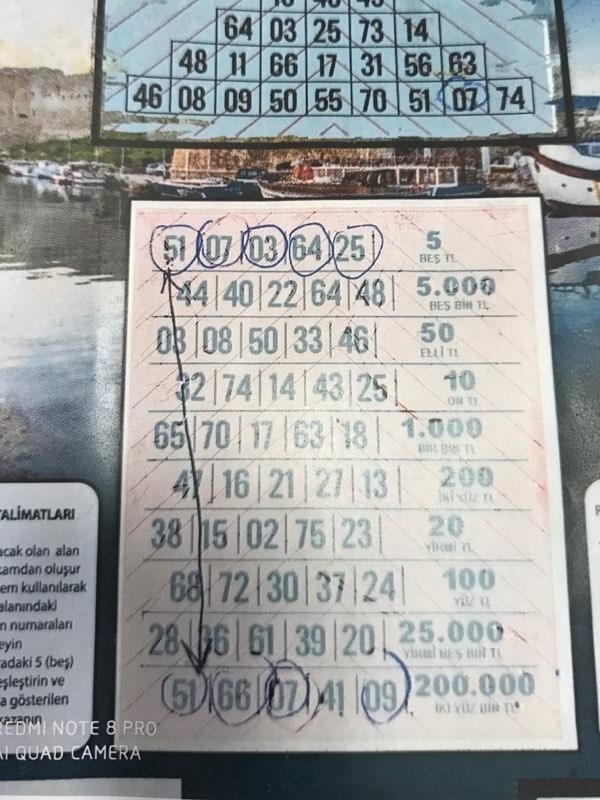 The Turkish Republic of Northern Cyprus’ (TRNC) Ministry of Economy and Energy launched an inspection Thursday into claims that winning tickets had been given to relatives of National Lottery Unit employees.

Following the corruption complaints, ministry officials took action. During the inquiry, ticket offices said they had not yet sold any winning lottery stubs. After the examinations, the ministry discovered that the winning tickets were printed in India and were not given to the ticket offices. They had instead been distributed among employees.

Erhan Arıklı, TRNC Economy and Energy Minister made a statement after the incident, saying that they will inspect all expenditures and decisions from the last three years regarding the lottery. Şahap Aşıkoğlu, the undersecretary of the ministry, also said that necessary steps will be taken.

Aşıkoğlu noted that they realized the even digits on the serial number of the tickets printed in India indicated that the jackpots hit these tickets.

“We detected that these tickets had been sold to their relatives. Police launched an investigation, and all systems will be controlled for 5 years retroactively. The tickets which are already sold have been re-collected,” he said.