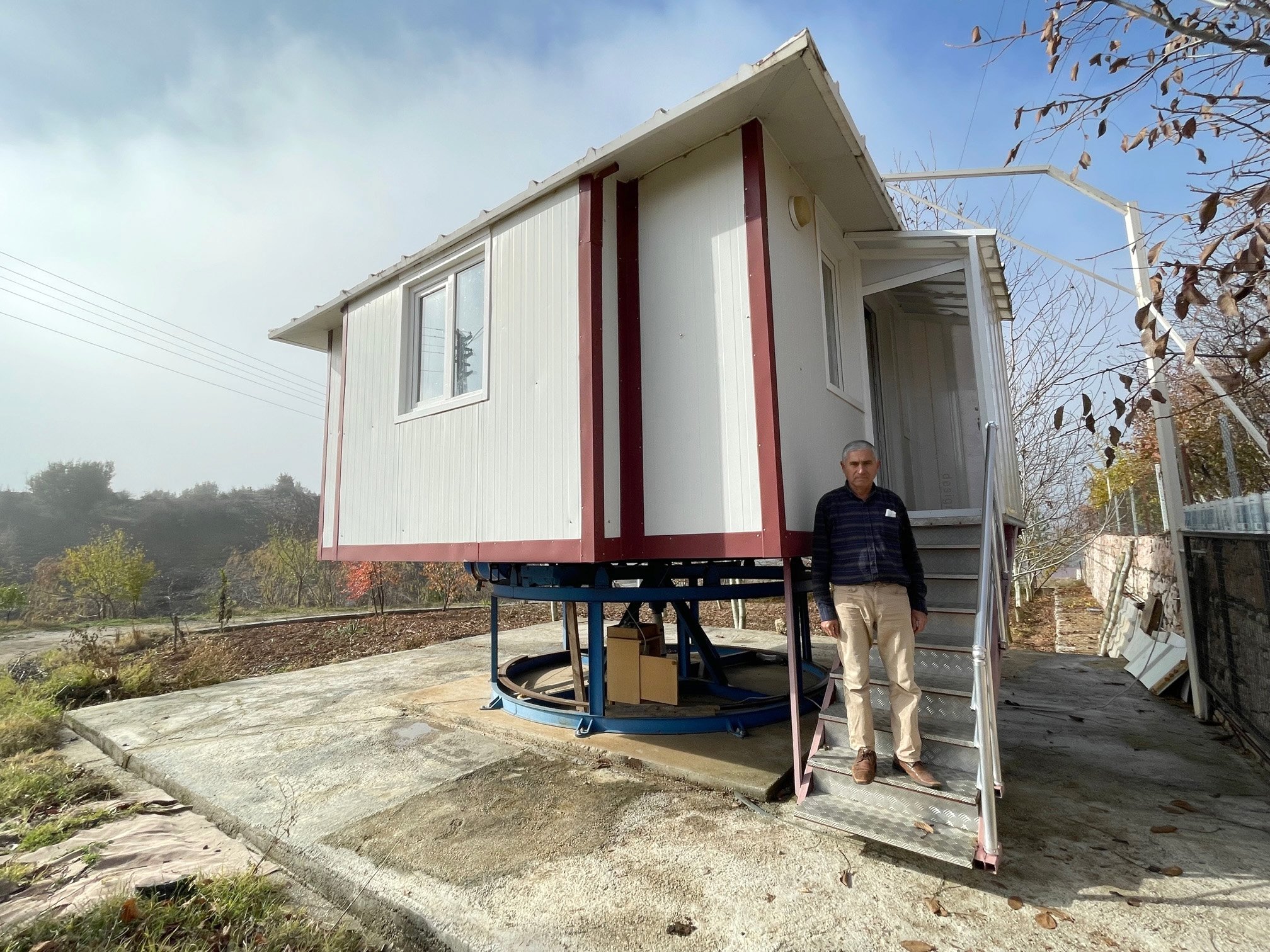 Wishing you lived in a house that rotates? Ahmet Koca, a resident of Seydikemer district in Turkey’s southwestern Muğla, achieved this dream. “I host friends and family and we enjoy our teatime here,” said Koca in his 360-degree rotating home.

“I am very happy to have built the house of my dreams,” Koca told an Anadolu Agency (AA) reporter, adding that he could turn his house against the sun or according to the direction of the wind whenever he wanted.

Koca said he was first interested in a trailer but decided to build a rotating house in his garden when his wife did not approve of the idea of living in a trailer. He stated that he did not give up on his decision despite people discouraging him saying that it can’t be done. Koca’s 28-square-meter (31-square-feet) prefabricated house placed on a motorized rail system can rotate 360 degrees and be stopped in any direction.

Koca’s idea is not novel but may be the first in Turkey. A Bosnian man, Vojin Kusic, also has built a rotating house in October to please his wife who had wished for a more diversified view from their family home. The Kusic’s house allowed his wife to watch the rising sun at one moment and passersby the next.

“I designed and planned it myself. It rotates 360 degrees. Let’s say the wind blows, I turn it around. In summer, I turn it away from the sun toward shade. When my friends and guests come, I host them here. People like drinking tea when the house is rotating, so do I. I completed the project as a hobby,” Koca said and noted he did not build the house for commercial purposes.

He explained that the system can carry about 10 tons in addition to materials and people in the house, and aims to install solar panels in the future so it can use its own electricity to turn.

Zekeriya Şahin, who visited the house, said that he enjoyed drinking tea inside the house that had attracted his attention before. “I drank tea for the first time in a rotating house. You never feel that you are inside the house until you look out of the window. Koca struggled to achieve his dream at this age and he is happy now. It was a different experience for me too. People should come and see it,” he added.