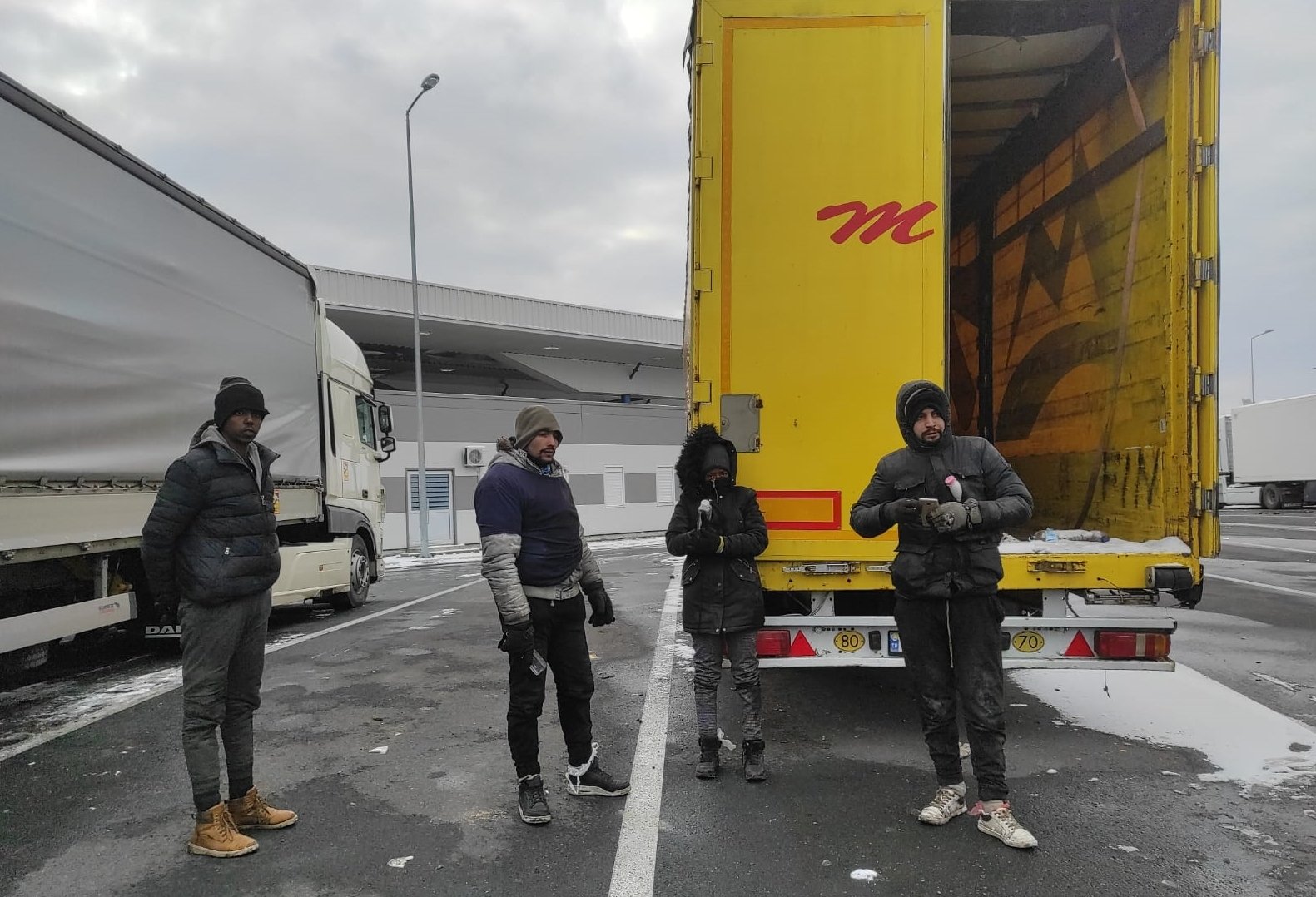 Police officers who were deployed at the Batrovci border crossing in Serbia to help members of the Turkish diaspora traveling to and from Turkey, noticed migrants clinging to the bottom of two trucks belonging to a Turkish company, just before the trucks were about to cross into Croatia Wednesday. The migrants, two of which were Moroccan and the other two Somalian nationals, were about to die of hypothermia when they were found as they had been holding the iron bars behind the trucks for a long time. After applying first aid to the migrants, police officers handed them over to their Serbian counterparts.

After a meeting of the two countries’ interior ministers in 2019, Serbia agreed to deploy police officers from Turkey to the country’s border crossings, which are frequently used by millions of Turkish expatriates living in European countries. The deployment is part of a project called Sıla Yolu (roughly translated as Way Back Home) initiated by the Turkish government to assist members of the diaspora visiting the country during the summer holidays. The project also helps truck drivers who encounter problems on the border crossings. Last year, the police responded to problems reported by 421,556 Turkish citizens. Officers are also active in helping their counterparts in the fight against illegal migration. Last year alone, they intercepted 175 irregular migrants who tried to enter or leave Serbia, either inside trucks or hidden under them. This year so far, they intercepted 10 illegal immigrants.

Nearly 1,800 migrants have lost their lives on routes to Europe or within the continent last year, despite COVID-19 border restrictions, according to the International Organization for Migration (IOM). Serbia is among the countries where illegal migrants from Asia and Africa travel to in order to reach Germany or other countries in Western Europe.