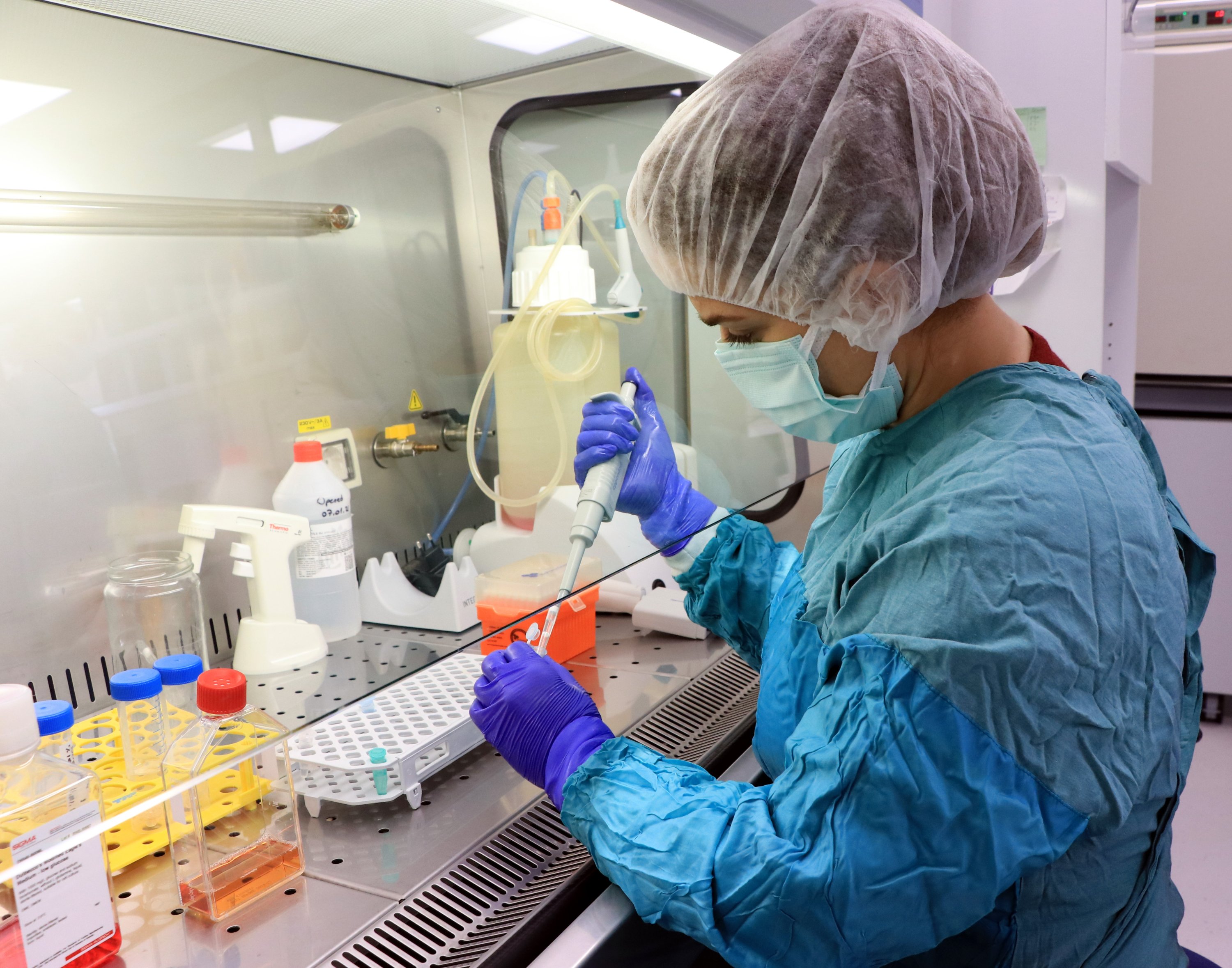 With the coronavirus pandemic in full swing, Turkey turned to China to supply its first nationwide inoculation campaign. Now, scientists from the two countries are collaborating in another field in the fight against the deadly disease: medication.

A group of scientists from Kocaeli University, located in the eponymous northwestern province, are partnering on the drug project. The endeavor is the result of a cooperation protocol between the Scientific and Technological Research Council of Turkey (TÜBITAK) and the National Natural Science Foundation of China (NSFC), as both sought to collaborate on studies between the two nations’ scientists.

Turkish scientists are working on producing antibodies for protein-targeting drug molecules as part of the study. The work is one of the joint research projects launched last year for TÜBITAK and the NSFC’s program focused on “developing wide-ranging strategies against novel coronavirus.” Kocaeli University is partnering with China’s Shanghai Institute of Materia Medica and Shanghai Jiao Tong University.

Aynur Karadenizli, a medical microbiology expert at Kocaeli University and one of the scientists involved in the project, said the school presented the project to the science bodies of Turkey and China and received approval last July. “Antibody work for proteolysis targeting chimera (PROTAC) will be made in our laboratories. We need target protein to develop the antibodies, and a team led by our university’s professor Murat Kasap will develop this protein. Overall, we want this production to be entirely made in Turkey,” she told Anadolu Agency (AA) on Wednesday.

After the protein study, the drug will be tested for immunization on animals.

Scientists aim to multiply hybridomas, cells that are formed via fusion between a short-lived antibody-producing B-cell and an immortal myeloma cell, for production. “We determined cell sequences that will be used in antibody production with our Chinese partners. Our teams will work on cells in a laboratory environment to see (the drug’s) reactions in the human body,” Karadenizli said.

Turkey, like the rest of the world, is clinging to vaccines to curb the deadly pandemic, but drugs remain vital for lessening the impact of the virus on patients and helping them recover. “The pandemic can definitely be slowed down with vaccines. Nevertheless, even if society gains immunity thanks to mass vaccinations, an increasing number of cases and antibody development, there will still be patients out there. We don’t have any drugs on hand specifically designed against the coronavirus. Our project may give hope to people,” Karadenizli said.

The drug’s full development is expected to take another two years, but the professor says it will likely be “ground-breaking.”

Kasap, meanwhile, said all proteins and peptides would be produced in their laboratories. “This is a drug project different from others. It will create a drug with a wider spectrum and not something that will give a short-term solution. It aims to create a system that will treat both COVID-19 and infections caused by other coronaviruses,” he said.

Along with medication, Turkish scientists are working to develop the country’s own vaccine against COVID-19.

With scientists in the country currently working on 17 separate publicly supported inoculation candidates, Turkey has been revitalizing its infrastructure and manpower to produce vaccines for other diseases in the future once the current pandemic subsides. “Efforts to produce COVID-19 vaccines have paved the way for a process to regain our former status, create our infrastructure and train seasoned personnel,” said Dr. Semra Aydın, a faculty member of the Vaccine Institute of Hacettepe University in the capital Ankara. She told AA that this process would “provide advantages” in producing new vaccines in the future, or in locally producing government-mandated shots.

Noting that many Turkish labs are part of an international network under the European Union’s official Drug Control Laboratory (OMCL), Aydın pointed out that various vaccines were produced in Turkey until the end of the 1990s, with some designed for animals still produced today.

Endeavors to develop a vaccine to help overcome the current outbreak are ongoing at different stages across Turkey, with scientists working on a wide variety, including some based on inactive viruses as well as others on adenoviruses and virus-like particles. Dr. Sezer Okay, another member of the Vaccine Institute, said, “If all goes well, we anticipate that we will be able to have our domestic vaccine in the summer at the latest.”

Underlining that nearly all known methods of vaccine development are being used in the various studies in Turkey, Okay said that since COVID-19 is a relatively new disease, it is difficult to discern which type of jab would be most effective against it. “There is also no 100% clarity about which vaccine will be more effective,” explained Okay, while stressing that people should trust the inoculations developed in the country as “we can monitor every stage of vaccine development with transparency.”

Okay also noted that current efforts by the Vaccine Institute are progressing rapidly with the support of the Health Institutes of Turkey (TÜSEB). “The vaccine that we have developed falls into the peptide vaccine variety. We can define peptides as small protein particles of the virus,” he said, adding that they were currently at the animal trial stages.

Vaccine development studies are conducted in four stages, namely the preclinical stage, phase 1, phase 2 and phase 3. In preclinical studies, candidate jabs are tested on animals to determine their reliability and effectiveness. During this phase, candidates are tested for side effects and whether they produce sufficient antibodies. The vaccine is then tested on humans in phase 1, phase 2 and phase 3.

In phase 1, the reliability and possible side effects of the vaccine are investigated on a small number of healthy volunteers. Phase 2 trials focus on a vaccine candidate’s effectiveness after its reliability was confirmed in the previous stage. These are carried out on more than 100 subjects. Finally, phase 3 is repeated on several thousand subjects.

One candidate vaccine will soon start phase 2, while the preclinical trials of seven others have been completed and are ongoing for the remaining studies.