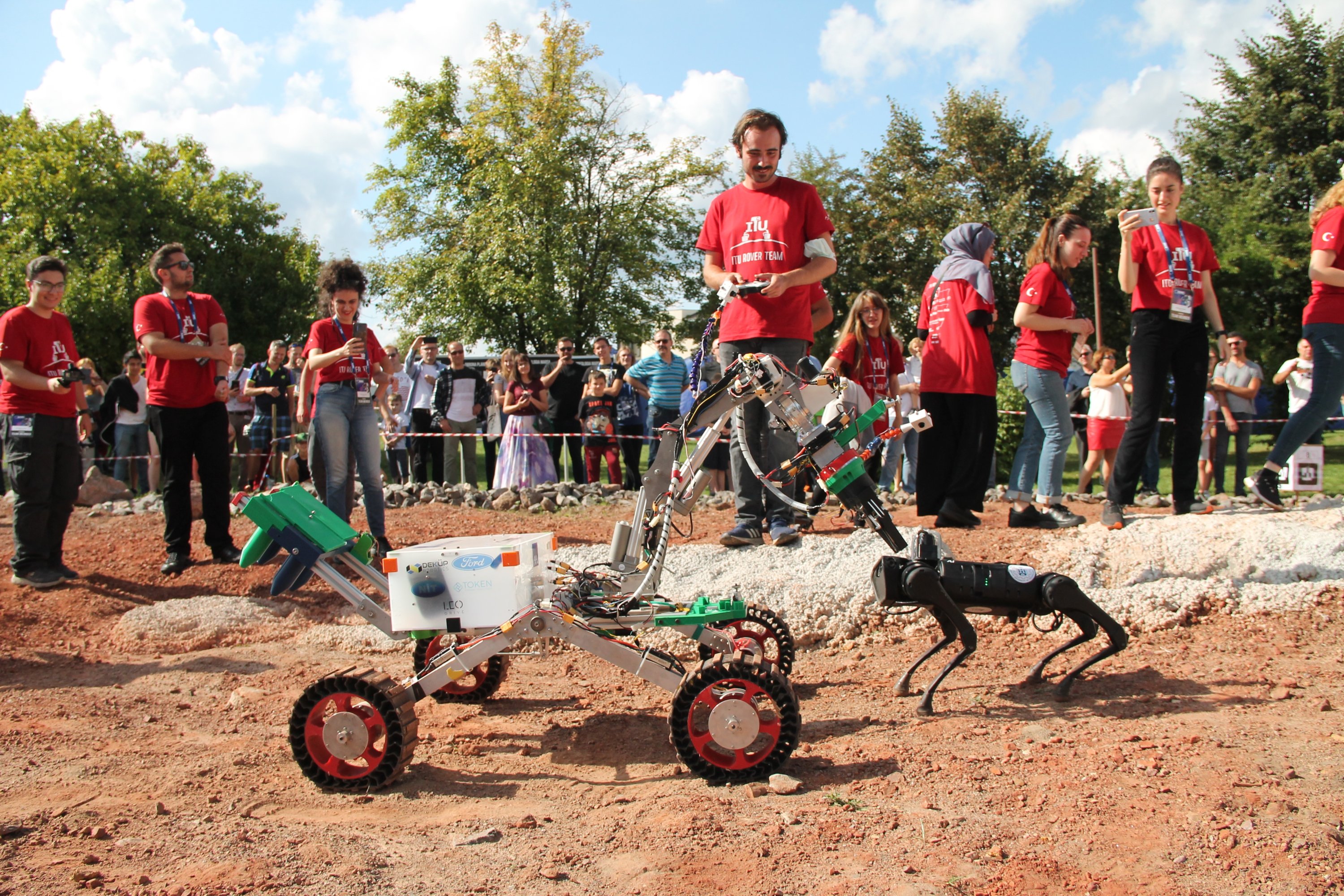 The rover team of Istanbul Technical University (ITÜ) recently returned from Poland with two prizes in hand from the European Rover Challenge, the biggest European competition focused on space and robotics. The team, composed of students from the Turkish university, counts self-sacrifice and team spirit as keys to their second-place finish in the race, along with earning them the award for “best team in on-site maintenance.”

The fifth-generation rover developed by the team completed a string of tasks for prizes in the competition that brought together university teams from around the world. The Polish team was this year’s winner. The competition involves building rovers and competing with them in tasks similar to those performed by rovers on the surfaces of Mars and the Moon. These include scientific research of the terrain simulation, setting up remote controls for maintenance work via a dedicated robotic arm programmed with software each team developed by themselves as well as a checkpoint race that the robots partially or fully autonomously must navigate through. The teams also compete for the proper collection and transfer of samples each rover is programmed to pick from simulated surfaces.

The Turkish team built a six-axis robotic arm for the competition. “Its design is based entirely on a human arm and it has all the functions a human arm can make,” Burak Aydın, the captain of the team, told Demirören News Agency (DHA) on Wednesday. Aydın, an engineering physics junior at ITÜ, says the rover’s main function is helping astronauts, which it does by performing every task that astronauts need to do remotely with the assistance of a robotic arm. He added that the robotic arm was capable of picking up soil and rock samples even over long distances.

It took a team of 46 students from different departments of ITÜ about one year to build and test the rover. “Each member is specialized in different branches and we joined our forces to build it. The greatest accomplishment was the robotic arm, which was more active, (and had a wider range of motion) compared to arms developed by other teams in the competition,” Aydın said. He added that the team members sacrificed their time and worked hard and that was key to their success.

Semih Çolakoğlu, a geophysics engineering junior in the team, said they competed against engineering students from 15 countries. “I think it was the team spirit that brought us success. We made our country proud by winning the silver medal,” he said.