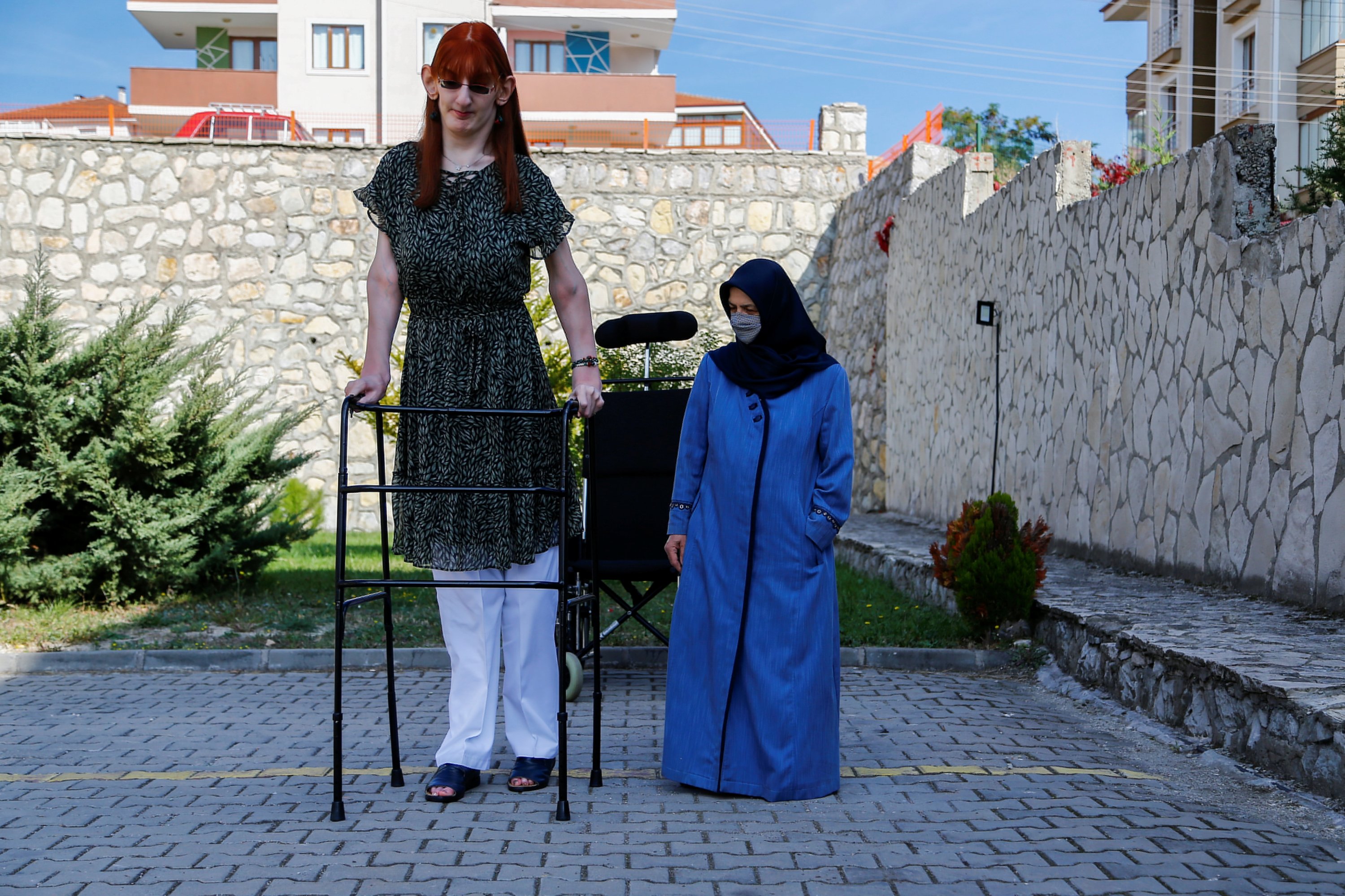 At 2 meters 15 centimeters (7 feet, 0.7 inches) tall, Rumeysa Gelgi has always stood out. Now officially recognized as the world’s tallest woman, she wants to use that record to celebrate differences.

The 24-year-old, who was confirmed this week as the world’s tallest living female by Guinness World Records, was born with Weaver Syndrome, a rare genetic disease that causes rapid growth among other abnormalities.

“Being different is not as bad as you think. It can bring you unexpected success,” Gelgi told reporters as she proudly stood up with the help of her walking frame. This is her second world record, after being confirmed as the tallest living female teenager in 2014, at the age of 18. Gelgi, who usually depends on a wheelchair or a frame to move around, says she hopes to use her title to raise awareness about rare genetic disorders such as Weaver syndrome.

“I personally think that differences and other features which seem like a disadvantage can be turned to advantages if you want it and make the effort for it. That is exactly what I did.” The tallest man in the world, Sultan Kösen who was measured at 2 meters 51centimeters in 2018, is also from Turkey. Gelgi says she hopes to meet him in person one day.