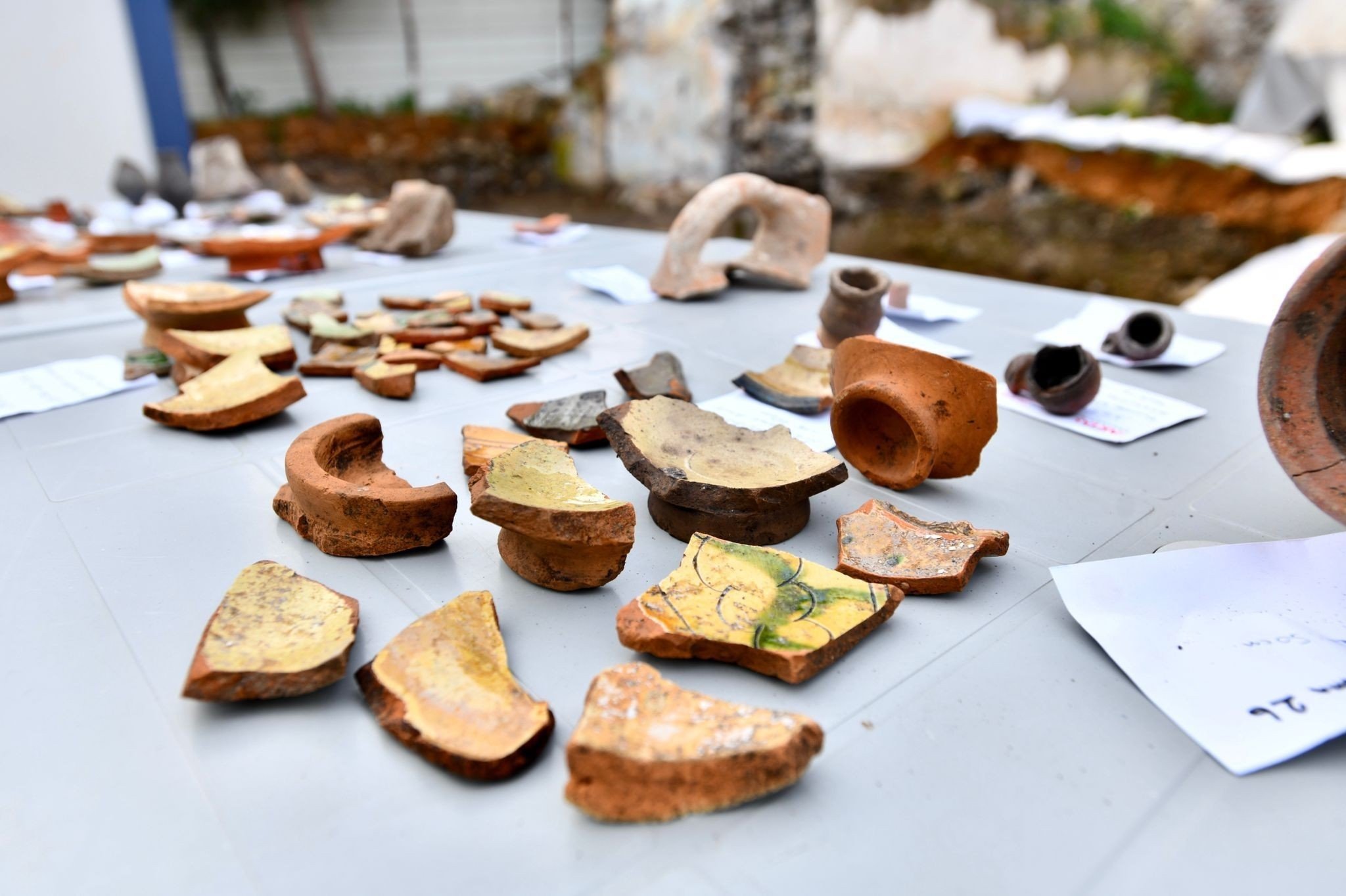 Through the excavations carried out in the Içkale and Yukarıhisar sections of the Zagnos Valley in northern Trabzon province, many historical artifacts belonging to the Roman, Byzantine and Ottoman periods have been found. Archaeologists use the findings to shed light on the history of the city in the hopes of gaining an understanding of its earlier periods that have yet to be discovered.

A human skeleton found during the excavations in the Zagnos Valley, Trabzon, northern Turkey, Dec. 1, 2021. (İHA)

The excavations in Içkale and Yukarıhisar sites were launched in August in collaboration with Turkey’s Culture and Tourism Ministry, Trabzon Metropolitan Municipality, Karadeniz Technical University and the city’s Chamber of Commerce and Industry.

Mehmet Yavuz, the head of the excavation team from Karadeniz Technical University, said that during the works carried out in an area spanning 5,000 square meters (53,820 square feet) the archaeologists unearthed several historical artifacts including roofing tiles, amphoras, coins, a bronze chandelier, an Ottoman seal and an arrowhead dating back to the Roman, Byzantine and Ottoman periods.

Noting that the works were focused in two areas and there were five different excavations, Yavuz revealed that in the first excavation south of Içkale Mosque, the teams dug down to a depth of 1.60 meters (5.3 feet) and unearthed stones from the Roman period.

A small container found during the excavations in the Zagnos Valley, Trabzon, northern Turkey, Dec. 1, 2021. (İHA)

In another excavation, they found stones used on the inner city walls from the Byzantine period, he said.

He went on to say that a large number of Roman-style ceramics, roof tiles, amphora fragments and corroded coins from the Byzantine era were discovered.

He said they also discovered some 80 coins and a tomb from the Ottoman era during the excavations.

Over the next 10 to 15 years, the team expects to unearth many more findings, he added.