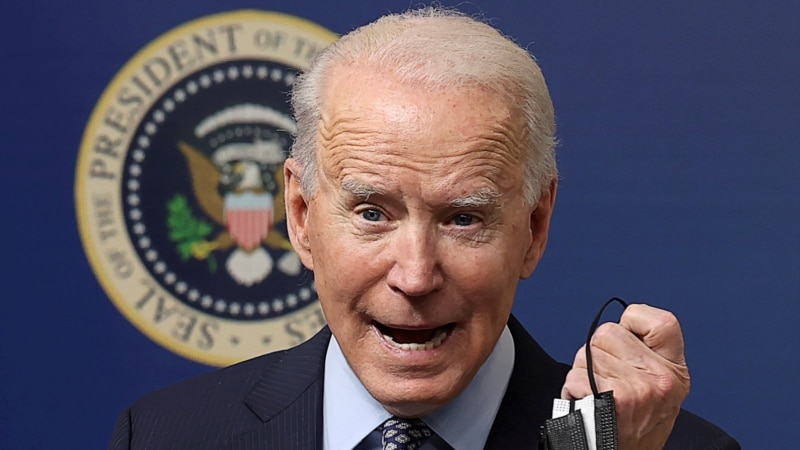 WASHINGTON — U.S. President Joe Biden said the United States will continue to back Ukraine against Russian aggression and will never recognize the Kremlin’s annexation of its neighbor’s territory.

Biden made the comments of support on February 26 as Ukrainians mark the seventh anniversary of Moscow’s steps to seize Ukraine’s Crimean Peninsula.

“The United States does not, and will never, recognize Russia’s purported annexation of the peninsula, and we will stand with Ukraine against Russia’s aggressive acts. We will continue to work to hold Russia accountable for its abuses and aggression in Ukraine,” Biden said.

Russia in 2014 seized Crimea and backed separatists in two provinces in eastern Ukraine after protesters in Kyiv overthrew pro-Kremlin President Viktor Yanukovych. The war in eastern Ukraine has killed more than 13,000 people to date and continues to simmer.

Biden played a key role in mobilizing U.S. support for Ukraine against the Kremlin’s aggression while serving as vice president in the Obama administration from 2009 to 2017, making at least five visits to the region after the outbreak of hostilities.

Biden last week reiterated U.S. support for Ukraine in his first foreign policy speech directed at a foreign audience. The U.S. president told the Munich Security Conference on February 19 that Ukraine’s territorial integrity and sovereignty was of “vital importance” to Washington and Brussels.

The U.S. president, however, has yet to speak with his Ukrainian counterpart, President Volodymyr Zelenskiy, since taking power on January 20.

Zelenskiy has said he hopes for a close relationship with the Biden administration following tense ties with his predecessor, Donald Trump.

In a move viewed as an attempt to improve the relationship, Zelenskiy yesterday appointed Oksana Markarova as his new ambassador to Washington.

Markarova, a former finance minister, is highly regarded in the United States for her pro-reform views.