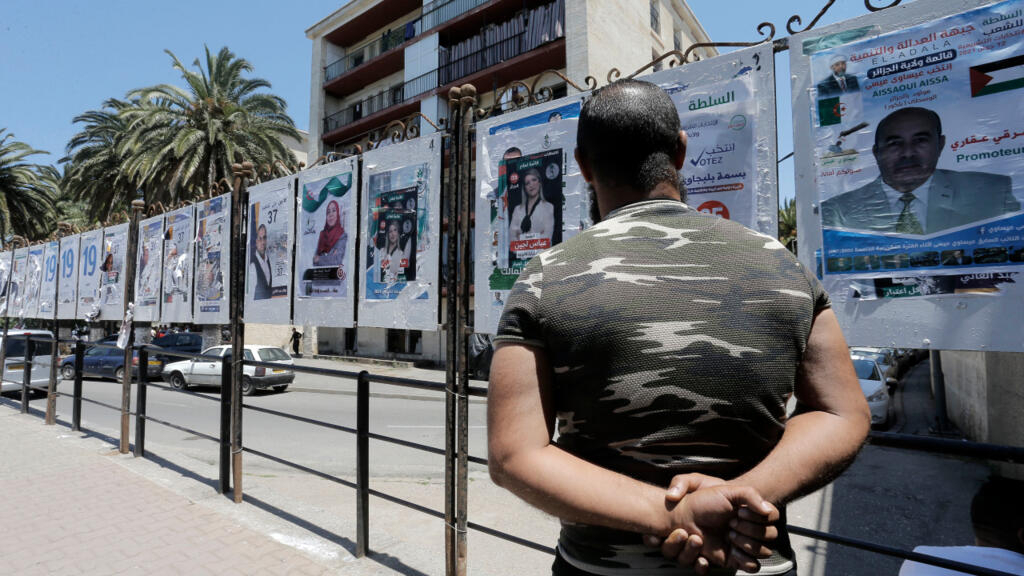 Algerians vote in parliamentary elections on Saturday as authorities seek to bolster their legitimacy and snuff out a long-running protest movement, under what activists say is a “climate of repression”.

Pro-government parties have urged Algerians take an active part in what they call a “crucial vote for the country’s stability”, while opponents are denouncing a “sham” election.

Seven leading protest movement figures were arrested on Thursday while Friday police deployed heavily in the capital Algiers, blocking any bid by the Hirak movement to hold anti-government protests.

Around 24 million Algerians are eligible to vote to elect 407 members of the People’s National Assembly for a five-year term.

Authorities are hoping for a solid voter turnout, but the Hirak has called for a boycott — demanding a root-and-branch overhaul of the ruling system prior to any election.

Those who do vote in Africa’s biggest nation must chose from more than 13,000 candidates, more than half listed as “independent”.

The head of the Algeria’s League for the Defence of Human Rights, Said Salhi, has denounced the crackdown that preceded the vote.

The “repressive atmosphere and the restrictions placed on human rights and freedoms mean these elections have no democratic value”, Salhi said.

“We reject it all: the president, the parliament, the constitution, everything done by this military junta which has been ruling Algeria since 1962 — we want something else,” she said.

The Hirak has urged boycotts of all national polls since it mobilised hundreds of thousands of people in 2019 to force longtime president Abdelaziz Bouteflika to resign, after he launched a bid for a fifth term.

It returned to the streets in February after an almost-year-long break due to the coronavirus pandemic, having also survived a campaign of arrests, a presidential election and a constitutional referendum partly aimed at burying it.

But the government stepped up its crackdown against the Hirak last month, blocking protests and detaining hundreds of activists who have defied new restrictions on public gatherings.

“These arrests mark a chilling escalation in the Algerian authorities’ clampdown on the rights to freedom of expression and association,” Amnesty International said in a statement, reporting more than 200 people were in detention in connection with the Hirak movement.

“Instead of rounding up journalists and political opponents in a bid to crush dissent and intimidate members of the Hirak protest movement, Algeria’s authorities should focus on respecting their human rights obligations.”

President Abdelmadjid Tebboune claims to have responded to the Hirak’s main demands “in record time”, but says those still protesting are “counter-revolutionaries” in the pay of “foreign parties”.

Powerful armed forces chief of staff Said Chengriha has warned against any “action aimed at disrupting” the vote.

The protest movement says Tebboune’s past role as premier under Bouteflika confirms its narrative that the old guard, in power since Algeria’s 1962 independence from France, retains a firm grip on power.

Established parties linked to Bouteflika’s rule — the National Liberation Front (FLN) and the Democratic National Rally (RND)  — are seen as likely to lose seats, being discredited and blamed for Algeria’s political and economic crisis.

Islamist parties are also seeking to take advantage of the Hirak boycott to increase their representation — but with their vote split between five rival parties, they may struggle to make real gains.

Africa’s fourth-largest economy is heavily dependent on oil revenues and struggles with unemployment at more than 12 percent, according to the World Bank.

It has also been hit hard by the fallout from the coronavirus pandemic, which has claimed more than 3,500 lives in the country, according to the health ministry.