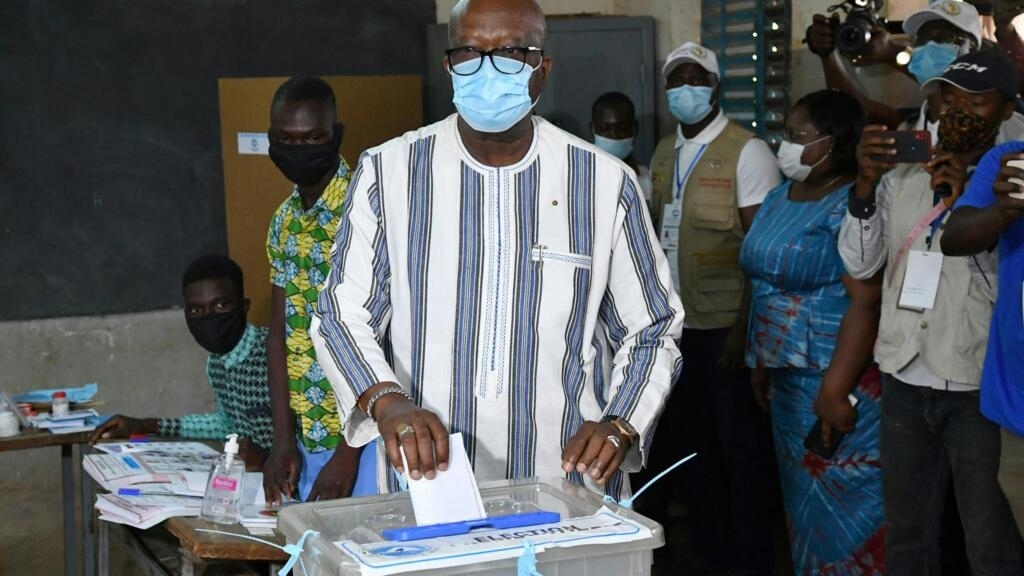 Burkina Faso’s leader has been unable to secure a parliamentary majority despite winning the presidential election earlier this week, the country’s electoral commission announced.

Marc Roch Kabore‘s party won the first round of the election with his People’s Movement for Progress gaining 56 seats — falling short of the 64 needed for an outright majority in the 127 seat body.

Kabore will have to depend on allies such as the New Era for Democracy, which supported his candidacy to pull together a majority.

The Congress for Democracy and Progress gained 20 seats, becoming the main opposition party, with the Union for Progress and Change taking 12, according to the Independent National Electoral Commission’s projections.

Ahead of the election, international diplomatic efforts were stepped up to prevent any possible flare-up of unrest in the country — among the poorest in the world — and which is struggling with a long-running jihadist campaign.

Kabore, 63, tweeted on Saturday that the leader of the opposition had congratulated him.

Opposition parties had earlier said the vote was marked by fraud and flawed procedures, and had been threatening to reject “results stained by irregularities”.