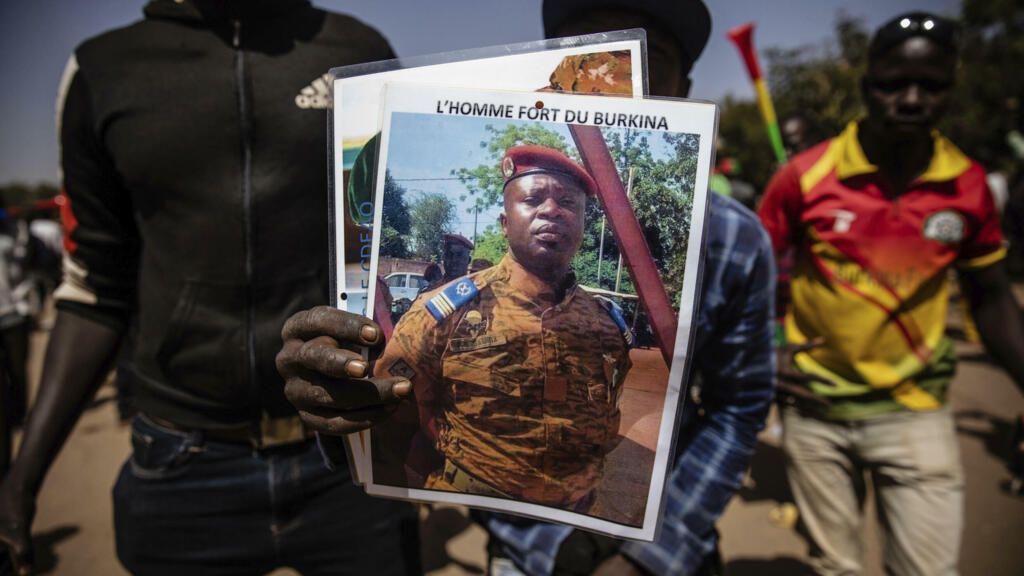 Burkina Faso’s new strongman, Lieutenant-Colonel Paul-Henri Sandaogo Damiba, has had first-hand experience of the brutal jihadist insurgency that he cites as the pretext for seizing power.

Damiba heads a junta that on Monday overthrew the country’s elected president, Roch Marc Christian Kabore, who was facing public anger at his failure to stem the crisis.

Since the first jihadist attacks in 2015, some 2,000 people have died, with the army, police and a civilian volunteer militia bearing the brunt, according to an AFP toll.

In a country of 21 million, some 1.5 million people are internally displaced, according to the national emergency agency CONASUR.

Damiba, 41, is commander of the 3rd Military Region, which covers eastern Burkina Faso — one of the worst-hit areas.

“He’s an example of a good soldier, a tough commander who has been on the front line with his men,” said a military source, who praised Damiba’s “commitment.”

Before the coup, Damiba made no secret of his criticism of prevailing strategies to roll back the insurgency, publishing a book last June called “West African Armies and Terrorism: Uncertain Answers?”

On Monday, he was part of a group of uniformed men who declared they had taken power, although he did not say anything, leaving the  job of announcer to a captain, Sidsore Kader Ouedraogo.

‘Deterioration of the security situation’

Ouedraogo read out a statement signed by Damiba as president of Patriotic Movement for Preservation and Restoration (MPSR), as the junta calls itself.

The statement lashed “the continuous deterioration of the security situation, which threatens the very foundation of our nation” and singled out Kabore‘s “clear inability to unite the Burkinabe people to tackle the situation effectively”.

Damiba trained at the Georges Namoano Military Academy in Po in southern Burkina.

Many of its alumni served in the Presidential Security Regiment (RSP), the former presidential guard of Kabore’s predecessor, Blaise Compaore, who was overthrown by a popular uprising in 2014.

Damiba commanded the RSP from 2003-2011, although he was also among those who opposed a coup bid in 2015 by Compaore’s right-hand man, General Gilbert Diendere.

As a regimental commander from 2019 to 2021, he gained first-hand experience of the problems of Burkina Faso‘s poorly-trained and ill-equipped security forces against ruthless and highly mobile jihadists.

In November last year, the country was stunned when 53 gendarmes were slaughtered when their base was overrun by hundreds of assailants.

The gendarmes had been due to be relieved several days earlier and had appealed for help before the attack, saying they were running short of food and ammunition.

Kabore shook up the military and Damiba was sent to command the 3rd military Region.

Like many military officers in the French-speaking Sahel, Damiba has had close affiliations with France.

He notably trained at the prestigious Military School of Paris.

The Paris company Editions Les Trois Colonnes which published his book last year, says Damiba also earned a “master’s degree in criminal science” at the CNAM academy in the French capital, and has also gained a diploma in “defence management, command and strategy”.

“He is part of the elite, although he has also got results on the ground — he has led and commanded a certain number of units,” said Oumarou Paul Koalaga, a local political analyst.

“These are officers with brains.”