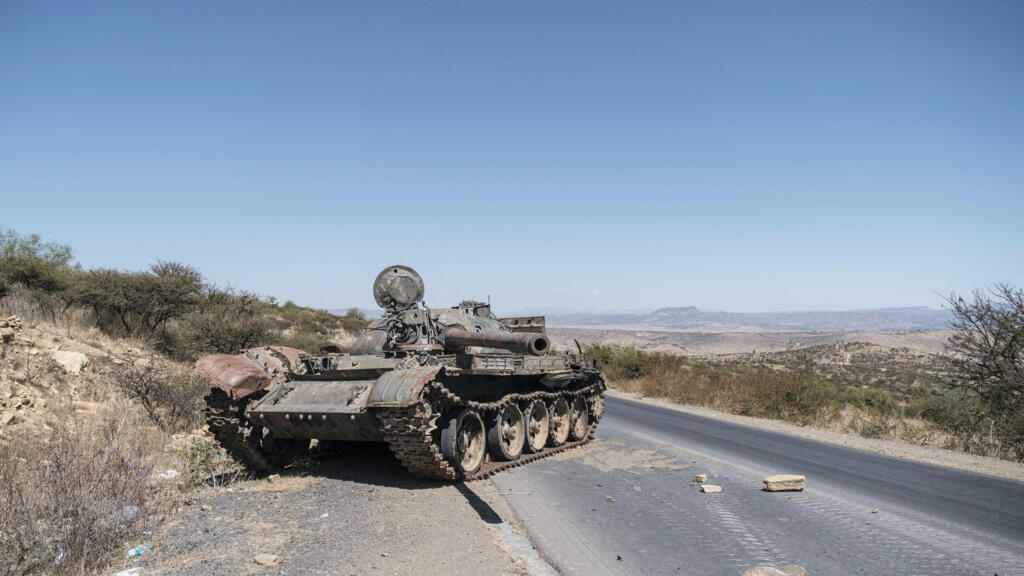 Ethiopia’s military launched new air strikes on Tigray Wednesday, the second round of bombardments this week against rebel targets in the war-battered region.

The raids mark a sharp escalation in the brutal year-long conflict pitting government forces and their allies against the Tigray People’s Liberation Front, the region‘s once dominant ruling party.

The international community has voiced alarm about the new attacks in the north, where fighting since November has killed thousands of people and left millions in need of emergency aid.

The government said it bombed TPLF weapons caches in the regional capital Mekele and the town of Agbe which lies about 80 kilometres (50 miles) to the west, after two raids on Mekele on Monday.

“It targeted at the facilities that TPLF have turned into arms construction and repair armaments sites,” government spokesman Legesse Tulu said of the latest Mekele strike.

“It was heavy and the jet was so close,” one local resident told AFP, with witnesses reporting thick clouds of smoke rising up over the city.

The United States, which has threatened sanctions if the warring parties do not reach a negotiated settlement, issued a strong statement denouncing the violence.

“We have seen the credible reports of attacks in and around Mekele. The United States condemns the continuing escalation of violence, putting civilians in harm’s way,” State Department spokesman Ned Price tweeted.

We have seen the credible reports of attacks in and around Mekelle. The United States condemns the continuing escalation of violence, putting civilians in harm’s way. The government of Ethiopia and the Tigray People’s Liberation Front must end hostilities and begin talks now.


The conflict has created a deep humanitarian crisis with the United Nations saying around two million people have been displaced and hundreds of thousands plunged into famine-like conditions.

Prime Minister Abiy Ahmed‘s government, barely two weeks into its new term, seems to be waging a new offensive against the TPLF, which dominated national politics for almost three decades before he took power in 2018.

William Davison, the International Crisis Group’s senior analyst for Ethiopia, said the strikes “appear to be part of efforts to weaken Tigray’s armed resistance,” as the TPLF makes gains in the neighbouring Amhara region.

“Along with superior manpower, control of the skies is one of the few remaining areas of military advantage for the federal government.”

“Abiy’s reaction to his losses in the ongoing fighting is to target civilians hundreds of kms away from the battlefield,” he said on Twitter.

He later claimed TPLF fighters had taken control of at least two towns in Amhara, putting the cities of Kombolcha and nearby Dessie — where tens of thousands have sought refuge from the rebel advance since July — “within artillery range”.

Much of northern Ethiopia is under a communications blackout and access for journalists is restricted, making battlefield claims difficult to independently verify.

Tigray remains under a de facto blockade, with the warring parties each accusing the other of hampering the delivery of desperately needed aid.

Legesse, the government spokesman, charged that the TPLF was using ordinary people as human shields.

“We confirm and assure these surgical operations have not any intended harm to civilians,” he said.

On Monday, there were two aerial assaults in and around Mekele, the city held by the TPLF since it was recaptured from government forces in June.

“The bombing of urban areas… reinforces the impression that Addis Ababa is willing to risk civilian lives in Tigray as part of its military efforts, something also demonstrated by the continued federal constraints on aid flows and refusal to provide electricity, banking, and telecommunications services to the region,” the ICG’s Davison said.

“As such, the air raids may have the effect of strengthening the Tigrayan resolve to resist, rather than weaken it.”

Fighting first erupted in Africa’s second most populous country last November when Abiy sent troops to Tigray to topple the TPLF after months of rising tensions.

The 2019 Nobel Peace Prize winner said the move came in response to TPLF attacks on federal army camps and promised a swift victory.

But in a dramatic turnaround, the TPLF retook most of the region including Mekele by late June and has since pushed south into Amhara and Afar.

The UN says up to seven million people in the three regions are now in need of food assistance and other emergency support.