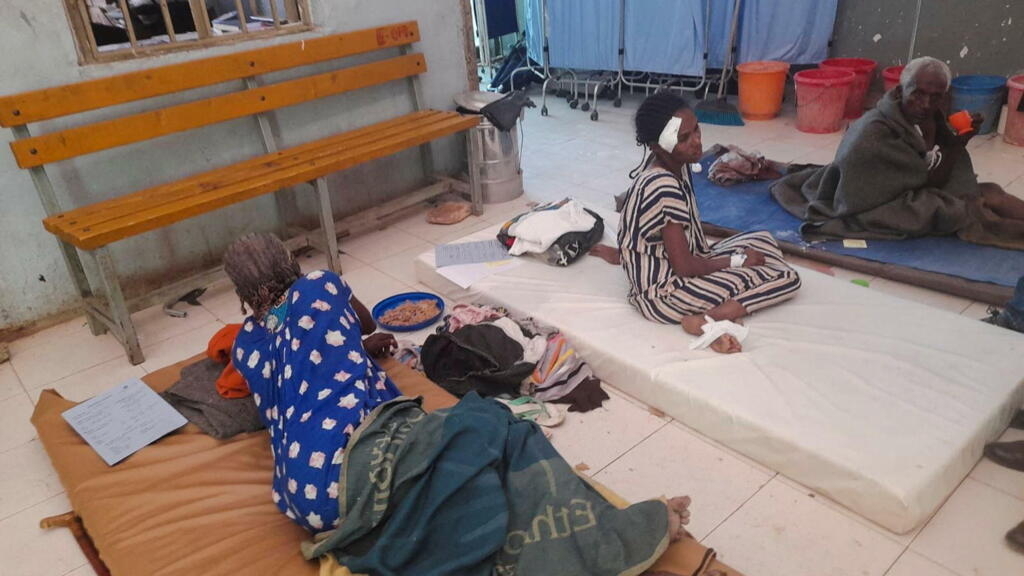 Military spokesman Colonel Getnet Adane and government spokesman Legesse Tulu did not immediately respond to requests for comment. Prime Minister Abiy Ahmed‘s spokeswoman Billene Seyoum did not respond to a request for comment.

The government has previously denied targeting civilians in the 14-month conflict with rebellious Tigrayan forces.

The spokesman for the Tigray People’s Liberation Front (TPLF) that has been fighting the central government, Getachew Reda, said in a tweet that “Another callous drone attack by Abiy Ahmed in an IDP (Internally Displaced People) camp in Dedebit has claimed the lives of 56 innocent civilians so far.”

Another callous drone attack by #AbiyAhmed in an #IDP camp in #Dedebit has claimed the lives of 56 innocent civilians so far. The saddest part of the story is the victims are people displaced from #WesternTigray by the regime’s genocidal campaign. Double jeopardy at its worst!


The strike in the town of Dedebit, in the northwest of the region near the border with Eritrea, occurred late on Friday night, said the aid workers, who asked not to be named as they are not authorised to speak to the media.

Earlier on Friday, the government had freed several opposition leaders from prison and said it would begin dialogue with political opponents in order to foster reconciliation.

Both aid workers said the number of dead was confirmed by the local authorities. The aid workers sent Reuters pictures they said they had taken of the wounded in hospital, who included many children.

One of the aid workers, who visited Shire Suhul General Hospital where the injured were brought for treatment, said the camp hosts many old women and children.

“They told me the bombs came at midnight. It was completely dark and they couldn’t escape,” the aid worker said.

Ethiopian federal troops went to war with rebellious Tigrayan forces in November 2020. Since the war erupted, Reuters has reported atrocities by all sides, which the parties to the fighting have denied.

One of the aid workers said that one of the wounded in Friday’s strike, Asefa Gebrehaworia, 75, burst into tears as he recounted how his friend was killed. He was being treated for injuries to his left leg and hand.

Fighting had forced Asefa out of his home and now the air strike had destroyed the camp, where even though he was facing hunger at least he had shelter, he told the aid worker. He had arrived in the camp for displaced people from the border town of Humera.

Before the latest strike, at least 146 people have been killed and 213 injured in air strikes in Tigray since Oct. 18, according to a document prepared by aid agencies and shared with Reuters this week.

In Friday’s reconciliation move, the government freed opposition leaders from several ethnic groups. They included some leaders of the TPLF.

The U.S. government said Abiy had outlined the steps he is taking towards national reconciliation to its outgoing special envoy for the region, Jeffrey Feltman, when he visited Ethiopia this week.

“We welcome the release of prisoners as a positive move in that context,” said a spokesperson for the State Department.

The European Union said that while the release of opposition leaders was a positive move, it was concerned by the ongoing conflict in Tigray, citing the latest air strike.

“All parties must seize the moment to swiftly end the conflict and enter into dialogue,” the bloc said in a statement issued by its high representative for foreign affairs, Josep Borrell.

The TPLF expressed scepticism about Abiy’s call for national reconciliation.

“His daily routine of denying medication to helpless children and of sending drones targeting civilians flies in the face of his self-righteous claims,” its spokesman Getachew tweeted on Friday.

The TPLF accuses federal authorities of imposing an aid blockade on the region, leading to hunger and shortages of essentials like fuel and medicines. The government denies blocking the passage of aid convoys.