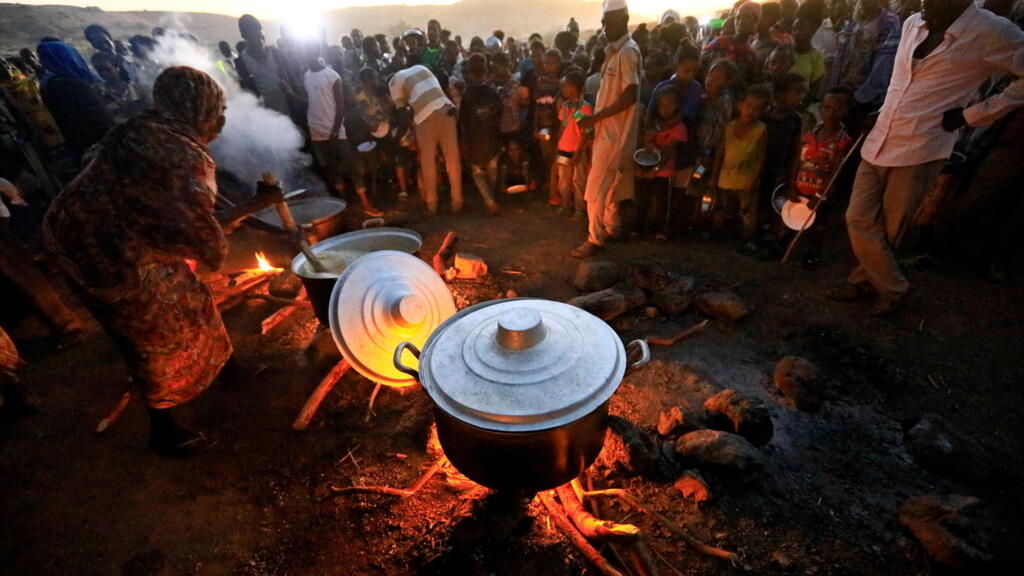 The U.N. humanitarian chief warned Friday that famine is imminent in Ethiopia’s embattled Tigray region and the country’s north and there is a risk that hundreds of thousands of people or more will die.

Mark Lowcock said the economy has been destroyed along with businesses, crops and farms and there are no banking or telecommunications services.

“We are hearing of starvation-related deaths already,” he said in a statement.

“People need to wake up,” Lowcock said. “The international community needs to really step up, including through the provision of money.”

No one knows how many thousands of civilians or combatants have been killed since months of political tensions between Ethiopian President Abiy Ahmed’s government and the Tigray leaders who once dominated Ethiopia’s government exploded into war last November.

Eritrea, a longtime Tigray enemy, teamed up with neighboring Ethiopia in the conflict.

In late May, Lowcock painted a grim picture of Tigray since the war began, with an estimated 2 million people displaced, civilians killed and injured, rapes and other forms of “abhorrent sexual violence” widespread and systematic, and public and private infrastructure essential for civilians destroyed, including hospitals and agricultural land.

“There are now hundreds of thousands of people in Northern Ethiopia in famine conditions,” Lowcock said. “That’s the worst famine problem the world has seen for a decade, since a quarter of a million Somalis lost their lives in the famine there in 2011. This now has horrible echoes of the colossal tragedy in Ethiopia in 1984.”

In the disastrous famine of 1984-85, about 2 million Africans died of starvation or famine-related ailments, about half of them in Ethiopia.

“There is now a risk of a loss of life running into the hundreds of thousands or worse,” Lowcock said.

He said getting food and other humanitarian aid to all those in need is proving very difficult for aid agencies.

The United Nations and the Ethiopian government have helped about 2 million people in recent months in northern Ethiopia, mainly in government-controlled areas, he said.

But Lowcock said there are more than a million people in places controlled by Tigrayan opposition forces and “there have been deliberate, repeated, sustained attempts to prevent them getting food.”

“The access for aid workers is not there because of what men with guns and bombs are doing, and what their political masters are telling them to do,” the undersecretary-general for humanitarian affairs said.

Lowcock said all the blockages need to be rolled back and the Eritreans, “who are responsible for a lot of this need to withdraw,” so aid can get through to those facing famine.

“Prime Minister Abiy Ahmed needs to do what he said he was going to do and force the Eritreans to leave Ethiopia,” he said.

Lowcock said leaders of the seven major industrialized nations — the United States, United Kingdom, Germany, France, Japan, Italy and Canada — need to put the humanitarian crisis and threat of widespread famine in northern Ethiopia on the agenda of their summit from June 11-13 in Cornwall, England.

“Everyone needs to understand that were there to be a colossal tragedy of the sort that happened in 1984 the consequences would reach far and last long,” he said.