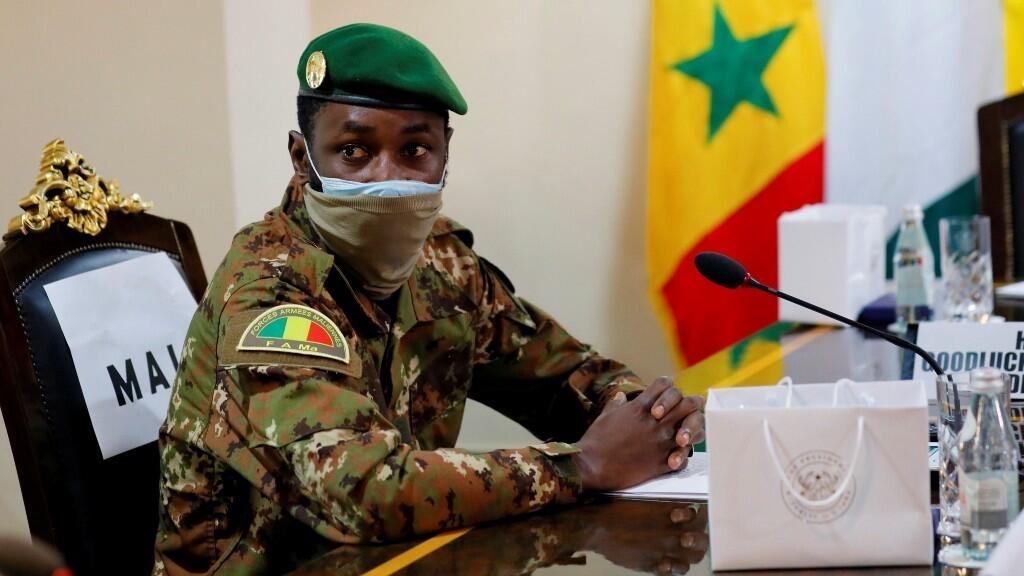 Mali’s Colonel Assimi Goita will be sworn into office as the troubled country’s transitional president on Monday despite international condemnation of his latest power grab, the second coup he has led in nine months.

Goita, who ousted Mali‘s interim president and prime minister in May, will be sworn in at the International Conference Centre in Bamako at 10am local time (GMT).

While the 37-year-old officer is not known for being a great talker, his investiture speech will be closely followed by international observers, said one diplomat in the Malian capital.

“It will be the moment for him to reassure and to solemnly make clear commitments on how the remaining eight months of the transition will go,” said the diplomat, who asked not to be identified.

Following international pressure, the government installed after Goita’s first coup last August pledged to reform the constitution by October, and stage elections in February next year.

Now that Goita has brushed aside this first transitional administration to seize power again, Western diplomats will be listening carefully for confirmation that this is still the timetable in a country whose stability is crucial for the wider region.

The ambassadors themselves will stay away from the investiture ceremony, the diplomat said. Instead, they will send more junior envoys to the event.

While that will be “neither a boycott not a sanction”, it will send “a political signal”, the diplomat added.

Mali is key to the stability of the Sahel region, and Western powers want to see a return to stable, civilian rule as soon as possible. For the moment, however, Goita and his fellow colonels are in charge.

Goita dismissed the civilian president and prime minister of the transitional administration on May 24, leading former colonial power France to suspend its cooperation with the military – and for the African Union to suspend Mali’s membership.

France and Mali’s other partners want assurances that a civilian administration will be back in power come February 2022.

Goita is expected to nominate as his prime minister Choguel Kokalla Maiga, a former minister and member of the M5 protest movement, which helped to force out former president Ibrahim Boubacar Keita last August following mass protests over perceived corruption and a bloody jihadist insurgency.

But there has been a noticeable rapprochement between the group and the army since the May 24 coup.


Maiga, 63, insisted Friday that his country would abide by its international obligations, and he also paid homage to French troops who have died in the country.

Maintaining its international partnerships, not least with France, is crucial for Mali, one of the world’s poorest countries and whose security forces are thinly resourced.

Violence remains all too prevalent in the country which on Thursday saw 11 Tuareg killed by as yet unidentified assailants near Menaka in the northeast – only the latest among thousands of victims in intercommunal and jihadist violence which has displaced around one million people.

The extent to which the region as a whole faces uncertainty was underscored when presumed Islamist radicals killed at least 160 people in neighbouring Burkina Faso’s northeast on Friday night in the worst attack the country has seen.