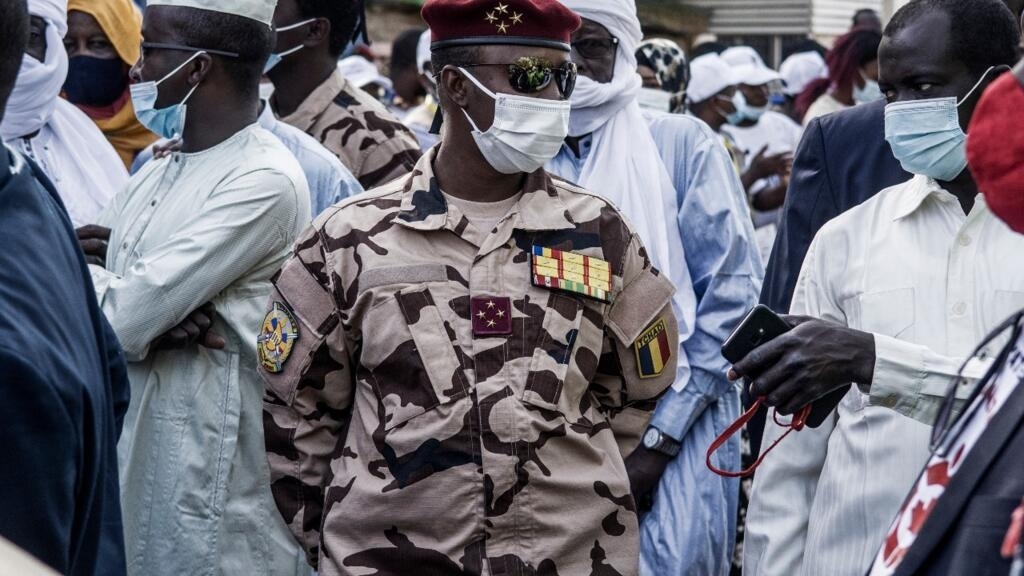 A son of Chad’s slain leader Idriss Deby Itno is to take over as president in place of his father, according to a charter released Wednesday by the presidency.

The charter said General Mahamat Idriss Deby Itno, 37, who on Tuesday was named transitional leader as head of a military council following his father’s death, will “occupy the functions of the president of the republic” and also serve as head of the armed forces.

The four-star general was not on any list of heirs to the throne drawn up by experts, who said they believed the veteran warlord and president had not chosen a successor and seemed to worry little about it.

But Mahamat immediately took charge of a transitional military council and appointed 14 of the most trusted generals to a junta to run Chad until “free and democratic” elections in 18-months time.

Commander in chief of the all-powerful red-bereted presidential guard or DGSSIE security service for state institutions, he carries the nickname Mahamat “Kaka” or grandmother in Chadian Arabic, after his father’s mother who raised him.

“The man in black glasses”, as he is known in military circles, is said to be a discreet, quiet officer who looks after his men.

A career soldier, just like his father, he is from the Zaghawa ethnic group which can boast of numerous top officers in an army seen as one of the finest in the region.

“He has always been at his father’s side. He also led the DGSSIE. The army has gone for continuity in the system,” Kelma Manatouma, a Chadian political science researcher at Paris-Nanterre university, told AFP.

However over recent months the unity of the Zaghawas has fractured and the president has removed several suspect officers, sources close to the palace said.

Born to a mother from the Sharan Goran ethnic group, he also married a Goran, Dahabaye Oumar Souny, a journalist at the presidential press service. She is the daughter of a senior official who was close to former president Hissene Habre, ousted by Idriss Deby in 1990.

The Zaghawa community thus look with some suspicion on Mahamat, some regional experts say.

‘Too young and not especially liked’

“He is far too young and not especially liked by other officers,” said Roland Marchal, from the International Research Centre at Sciences Po university in Paris.

“There is bound to be a night of the long knives,” Marchal predicted.

>> The death of Idriss Deby: What next for Chad after president killed on frontline?

Brought up by his paternal grandmother in N’Djamena, Mahamat was sent to a military lycee in Aix-en-Provence, southern France, but stayed only a few months.

Back home in Chad, he returned to training at the military group school in the capital and joined the presidential guard.

He rose quickly through the command structure from an armoured group to head of security at the presidential palace before taking over the whole DGSSIE structure.

Mahamat was acclaimed for his efforts at the final victory in 2009 at Am-Dam against the forces of nephew Timan Erdimi’s forces. Those forces had launched a rebellion in the east and had reached the gates of the presidential palace a year earlier, before being pushed back after French intervention.

He finally moved out of the shadow of his brother Abdelkerim Idriss Deby, deputy director of the presidential office, when he was appointed deputy chief of the Chadian armed force deployed to Mali in 2013.

That brought Mahamat to work closely with French troops in operation Serval against the jihadists in 2013-14.