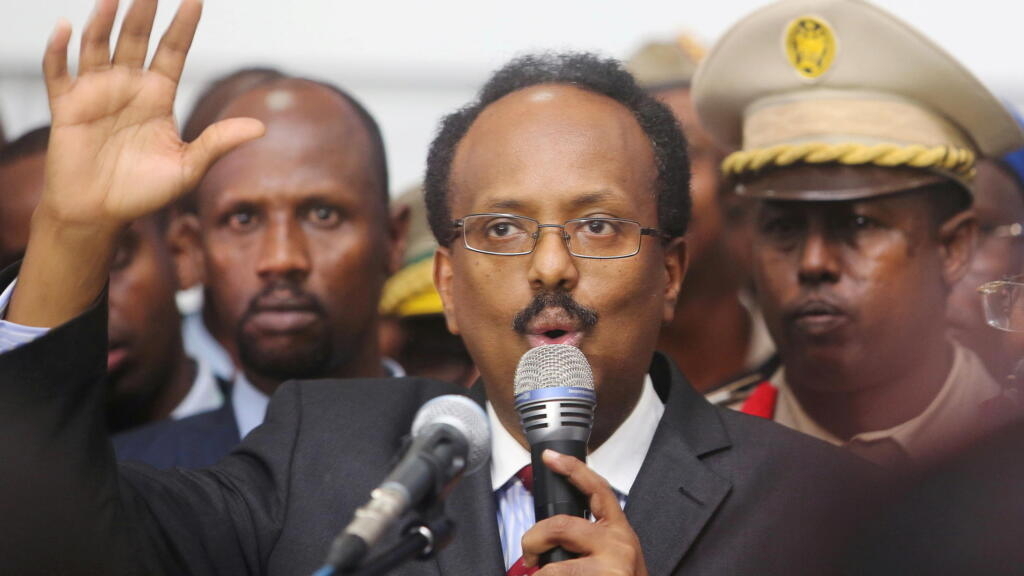 Somalia’s President Mohamed Abdullahi Mohamed, better known by his nickname Farmajo, has signed a controversial law extending his mandate for another two years, despite threats of sanctions from the international community.

“President Mohamed Abdullahi (Farmajo) has tonight signed the direction of one person, one vote law which was unanimously passed by parliament on April 14,” the statement issued by the Minister of Information Osman A Dubbe late on Tuesday night said.


Somalia‘s lower house of parliament on Monday voted to extend the president’s mandate – which expired in February – after months of deadlock over the holding of elections in the fragile state.

However the speaker of the Senate slammed the move as unconstitutional, and the resolution was not put before the upper house, which would normally be required, before being signed into law.

Speaker Abdi Hashi Abdullahi said it would “lead the country into political instability, risks of insecurity and other unpredictable situations”.

A coalition of opposition presidential candidates said in a joint statement that the decision was “a threat to the stability, peace and unity” of the country.

US warns of bilateral relations reevaluation

The move sets the Horn of Africa nation on a collision course with donors who have strongly oppose the move.

“The United States is deeply disappointed by the Federal Government of Somalia’s decision to approve a legislative bill that extends the mandates of the president and parliament by two years,” said US Secretary of State Antony Blinken in a statement released Tuesday.

“It will compel the United States to reevaluate our bilateral relations with the Federal Government of Somalia, to include diplomatic engagement and assistance, and to consider all available tools, including sanctions and visa restrictions.”

The decision to extend the Federal Government’s term undermines further the country’s peace and security. We call on Somalia’s Federal Government and Federal Member States to return to talks and agree to a way forward.

“In the absence of consensus leading to inclusive and credible elections being held without further delay, the international community’s relationship with Somalia’s leadership will change,” said his statement.

The EU’s foreign policy chief Josep Borrell also  threatened “concrete measures” if there was not an immediate return to talks on the holding of elections.

#Somalia : The EU calls for an immediate return to talks on the holding of elections without delay based on the 17 September agreement. Failing this, we will consider further concrete measures. #AUEU https://t.co/kgjYyOD40x

Farmajo and the leaders of Somalia’s five semi-autonomous federal states had reached an agreement that paved the way for indirect parliamentary and presidential elections in late 2020 and early 2021.

But it fell apart as power squabbles erupted over how to conduct the vote, and multiple rounds of talks have failed to break the impasse.

The new law paves the way for a one-person, one-vote election in 2023 – the first such direct poll since 1969 – which Somalis have been promised for years and no government has managed to deliver.

A presidential election was due to have been held in February. It was to follow a complex indirect system used in the past in which special delegates chosen by Somalia’s myriad clan elders pick lawmakers, who in turn choose the president

In February some opposition leaders attempted to hold a protest march, which led to an exchange of gunfire in the capital.

Somalia has not had an effective central government since the collapse of Siad Barre’s military regime in 1991, which led to decades of civil war and lawlessness fuelled by clan conflicts.

The country also still battles the al Qaeda-linked al Shabaab Islamist militant group which controlled the capital until 2011 when it was pushed out by African Union troops.

Al Shabaab retains parts of the countryside and carries out attacks against government, military and civilian targets in Mogadishu and regional towns.

Somalia still operates under an interim constitution and its institutions, such as the army, remain rudimentary, backed up with international support.

The 59-year-old Farmajo, whose nickname means cheese, was wildly popular when he came to power in 2017.

The veteran diplomat and former prime minister who lived off and on for years in the US had vowed to rebuild a country that was once the world’s most notorious failed state, and fight corruption.

However observers say he became mired in feuds with federal states in a bid for greater political control, hampering the fight against al Shabaab, which retains the ability to conduct deadly strikes both at home and in the region.