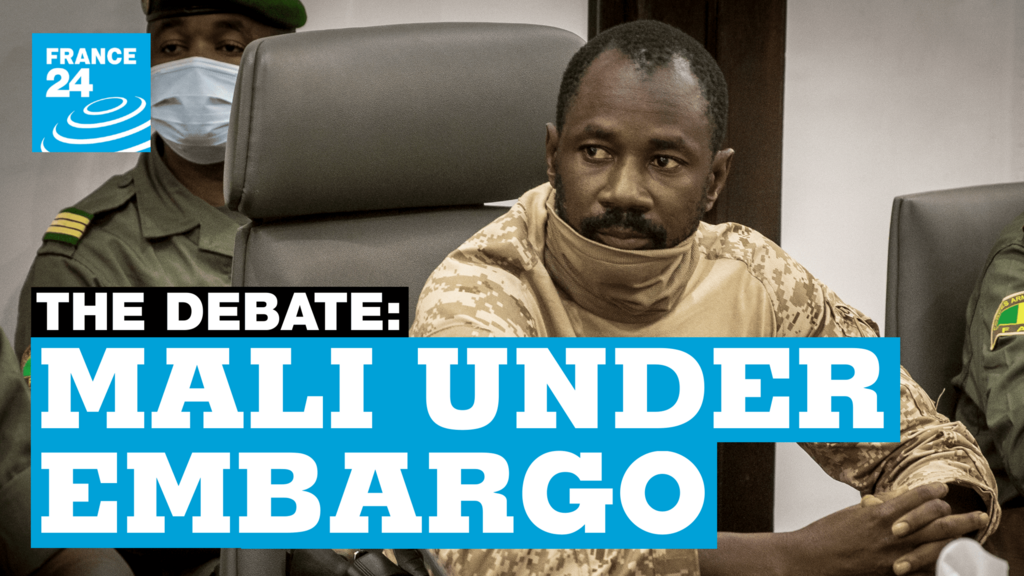 Why are Mali’s neighbours coming down hard? A harsh embargo has been decided after coup leaders in that landlocked West African state reneged on their promise of a quick return to civilian rule. How harsh? We talk border closures and trade embargoes. It’s not as if the region has never seen a putsch before: look no further than neighbouring Guinea.

But a coup within a coup in Bamako and the breaking of electoral promises has put the junta in the doghouse of regional body ECOWAS. We discuss the reaction of Colonel Assimi Goïta. He blames the unseen hand of foreign powers – which everyone presumes to mean France, the former colonial power which still has 4,800 troops deployed in the battle against jihadist insurgents in the north.

Supporters of the junta say it is all sour grapes by French authorities who are firmly opposed to a growing Russian presence that includes the mercenaries of Wagner. But Africans also have peacekeepers deployed to Mali. They’re also not thrilled at the prospect of crossing paths with the Russians.