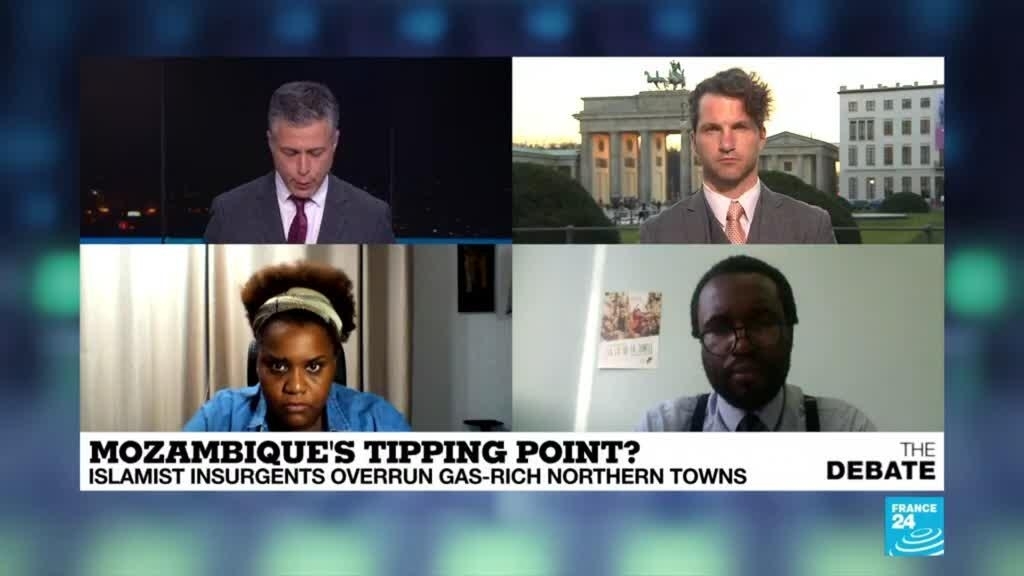 Has jihad incorporated really opened a branch in southern Africa? The Islamic State group may have claimed responsibility for the overrunning of a coastal town in northern Mozambique, but local grievances, poverty too long ignored and militants preying on a soft target seem to blame for the gruesome events that have come to a head in Cabo Delgado province. We ask about last week’s attack and past efforts to repel insurgents by Mozambique special forces but also South African and Russian mercenaries.

And with former colonial power Portugal soon to deploy military advisors, we ask how to secure an area that’s sitting on untapped billions: billions of euros worth of liquefied natural gas that could soon make Mozambique rich. But what about the Mozambicans? We ask about the €15 billion gas development project now put on hold by French energy giant Total.

It’s not just the north but the whole country that finds itself at a crossroads, a nation that still bears the scars of a bloody war of independence and the subsequent civil war covertly fuelled by apartheid-era South Africa. A quarter of a century on, the former Frelimo resistance movement remains in power. Is reform possible – the kind that will restore faith among the thousands displaced last week?