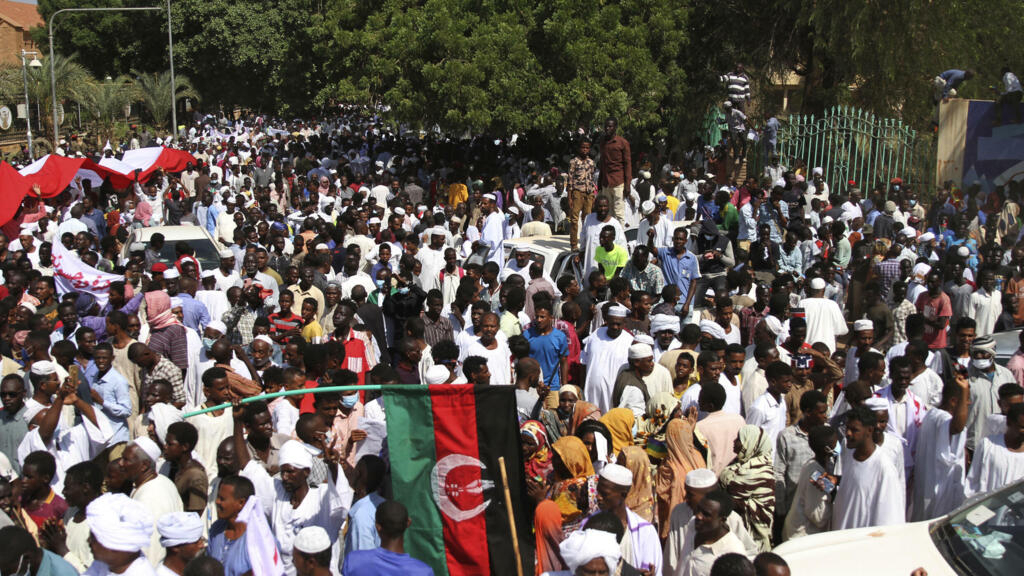 Thousands of pro-military protesters rallied in central Khartoum Saturday, vowing not to leave until the government is dissolved in a threat to Sudan’s transition to civilian rule.

The protest comes as Sudanese politics reels from divisions among the factions steering the rocky transition from two decades of dictatorship under president Omar al-Bashir, who was ousted by the army in April 2019 following weeks of mass protests.

Saturday’s protest was organised by a splinter faction of the Forces for Freedom and Change (FFC), a civilian alliance which spearheaded the anti-Bashir protests and became a key plank of the transition.

“We need a military government, the current government has failed to bring us justice and equality,” said Abboud Ahmed, a 50-year-old protester.

On Saturday evening, demonstrators set up tents outside the presidential palace demanding the dismissal of the government of Prime Minister Abdalla Hamdok, a former UN economist whose IMF-backed reforms have hit the pockets of many Sudanese.

The government’s supporters charged that the protest was orchestrated by sympathisers of the Bashir regime, which was dominated by Islamists and the military.

Protesters chanted “one army, one people” and “the army will bring us bread.”

“We are marching in a peaceful protest and we want a military government,” said housewife Enaam Mohamed.

‘Fall of the government’

Abdelnaby Abdelelah, a protester from the eastern state of Kassala, complained that the government has overlooked other states beyond Khartoum.

“We want a government that knows about the things going on in the east,” he said.

Outside the presidential palace, the protesters chanted: “We will stay put where we are… we want the dissolution of this government.”

Hamdok warned on Friday that the transition was facing its “worst and most dangerous” crisis.

The mainstream faction of the FFC said: “The current crisis is not related to dissolution of the government or not.

“It is engineered by some parties to overthrow the revolutionary forces… paving the way for the return of remnants of the previous regime.”

Support for the transitional government has waned in recent months in the face of its tough economic reforms, which have included the slashing of fuel subsidies and a managed float of the Sudanese pound.

Inflation has skyrocketed, reaching 422 percent in July, before easing slightly in August and September.

Protests have rocked eastern Sudan where demonstrators have blocked trade through the key hub of Port Sudan since September.

On September 21, the government said it thwarted a coup attempt which it blamed on military officers and civilians linked to Bashir’s regime.