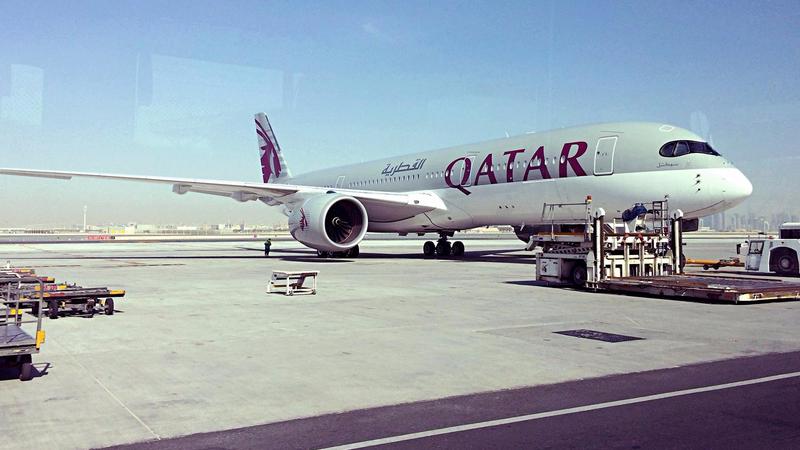 SYDNEY – An incident at Doha airport in which Australian women were subjected to an invasive search on the tarmac after the discovery of an abandoned newborn baby in the terminal has been referred to Australian federal police, Australia said.

Women from the Qatar Airways flight, including 13 Australians, were forced to undergo a medical examination in an ambulance on the tarmac after the newborn was found in a bathroom at the Hamad International Airport, television network Seven News reported.

All adult women on the flight, regardless of age, were made to disembark for the examination, two of the women told the Australian Broadcasting Corporation.

She said the “extraordinary incident” had also been reported to the Australian Federal Police.

“This is a grossly disturbing, offensive, concerning set of events. It is not something I have ever heard of occurring in my life, in any context. We have made our views very clear to the Qatari authorities,” Payne told media.

Australian federal police have made no comment on the matter.

In a statement, Hamad International Airport, which is part of the Qatar Airways Group, said the newborn found abandoned on Oct 2 had not been identified and was receiving medical care.

“Medical professionals expressed concern to officials about the health and welfare of a mother who had just given birth and requested she be located prior to departing (the airport),” it said.

“Individuals who had access to the specific area of the airport where the newborn infant was found were asked to assist in the query.”

Australia expects a report this week from authorities in Qatar, Payne said.

There were significant concerns over the issue of securing consent for the medical examinations, she said, adding, “These are very private and personal matters.”

An earlier Australian government statement said reports indicated treatment “beyond circumstances in which the women could give free and informed consent”.

The women were provided with medical and psychological support when they arrived back in Sydney, and undertook the mandatory 14-day hotel quarantine Australia requires for COVID-19 border control, a spokesman for New South Wales state Health told Reuters.