Alpha jets of the Patrouille de France release smoke in the colours of the Lebanese flag while flying over the damaged grain silos of the port of Beirut on Sept 1, 2020, as the former French mandate marked its centenary while teetering on the brink of the abyss. (PHOTO / AFP)

BEIRUT – Tony Katra, a Lebanese citizen in his 50s, lived all his life in Mar Mikhael, an area in Lebanon’s capital of Beirut that was heavily damaged by Beirut port’s deadly blasts on Aug 4.

With many trendy boutiques, art galleries, antique furniture stores, bars, restaurants and cafes, Mar Mikhael was a hub for art and creativity in the city.

The area, which was mostly visited by tourists who are fond of historic buildings, saw the worst repercussions of the huge explosions last month.

Over 640 heritage buildings were damaged by the explosions in Mar Mikhael, Gemmayze and other nearby areas, according to Lebanese Culture Ministry. The ministry has started working on a small scale, awaiting for more donations.

“I am very sad for this area. All buildings should be rehabilitated to have the same shape and soul they used to have prior to the explosions. We should at least preserve half of the buildings, which constitute the history of this area that goes back to hundreds of years back,” Katra told Xinhua.

Katra aims to see specialists working on these buildings to preserve their heritage.

Meanwhile, Khalil Bou Khaled in his 20s who studies in Gemmayze said that he didn’t think the government is capable of restoring these buildings due to lack of funding.

When the explosions hit Beirut, thousands of Lebanese occupied TV screens across the country by showing the damage caused to their properties in Gemmayze and Mar Mikhael while pleading the government and international community for support on reconstructing their houses and restoring their beauty. 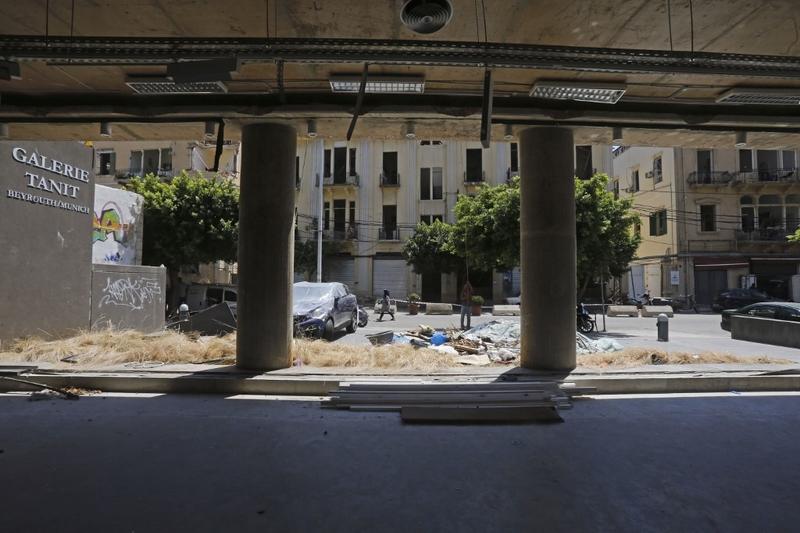 Mourtada said he will work on securing money to rehabilitate these buildings.

Sarkis Khoury, director-general of antiquities at Lebanon’s Culture Ministry, told Xinhua that the ministry is keen to preserve the living heritage of these buildings and it is working hard on attracting funds from foreign donors and the international community to rehabilitate the destroyed units at the cost of US$300 million approximately.

“Lebanon’s economic situation is very bad and we do not have this money for the time being, but we are in contact with the international community to support us in this regard,” Khoury said.

Khoury explained that 45 heritage buildings are threatened to collapse at any moments that need complete reinforcement, 50 other buildings need to be partly reinforced, while 100 buildings need to be covered ahead of winter otherwise rain water will go into these houses and construction material will be further affected.

According to Khoury, the ministry conducted meetings with the UNESCO, the World Bank and Aliph, an international initiative aimed at protecting cultural heritage in conflict areas.

He said that Aliph has decided to support by donating US$5 million while the UNESCO allocated US$10 million for schools in the area and they are working to attract additional funds for heritage buildings.

Lebanese activists take part in a campaign to clean the damaged neighbourhood of Gemmayze on Aug 5, 2020, a day after a blast in a warehouse in the port of the Lebanese capital sowed devastation across entire city neighbourhoods, killing more than 100 people, wounding thousands and plunging Lebanon deeper into crisis. (PATRICK BAZ / AFP)

Khoury emphasized the importance of local initiatives among individuals and organizations which also helped in securing doors and windows for damaged houses ahead of the winter season.

“I urge all the Lebanese to provide help according to their financial capabilities until we are capable of securing the proper funding for renovating these buildings,” Khoury said.

The Culture Ministry is ready to help citizens by providing technical support for the time being or by trying to secure funding for rehabilitating their heritage houses.

One of the initiatives started by the Lebanese youths is Ground Zero which was created following the explosions to work with engineers and help people whose houses were destroyed to work with specialists in rehabilitating their houses.

“First we make sure that the houses are habitable and then the engineers work with people to rehabilitate their houses according to old designs by preserving their historic heritage and identity,” Sandy Elias, a young architect responsible for engineers’ work at Ground Zero, told Xinhua.

The UNESCO will be holding a meeting for donors by the end of September to attract funds to be used in rehabilitating Beirut’s heritage buildings.