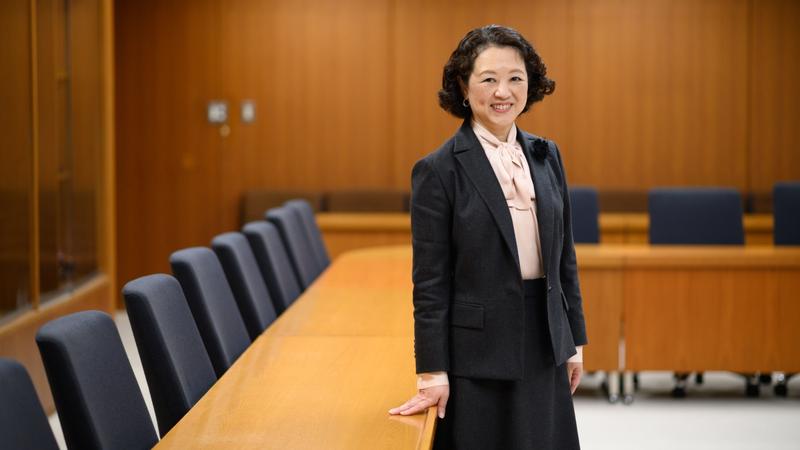 Attempts to appoint female leaders in Japan meet with resistance from men and women who see them as running counter to traditional values, according to the new head of the country’s biggest federation of labor unions.

“The perception that roles should be divided by gender remains strong,” said Tomoko Yoshino, the first woman to become president of the 7-million-member Japanese Trade Union Confederation, also known as Rengo. “Even if women are capable, they lack confidence. Men are able to pass as capable, even if they’re not. I sense that disparity very strongly.”

After breaking the glass ceiling at Rengo, Yoshino is looking at ways to help other women rise through the ranks in the country that has one of the developed world’s largest gaps in gender equality. Japan ranks 120th among 166 countries in the World Economic Forum’s Global Gender Gap Index 2021, and the situation for many women has worsened during the pandemic because they make up the bulk of the casual labor force that has borne the brunt of layoffs.

The perception that roles should be divided by gender remains strong. There is resistance among both men and women to women becoming leaders.

Yoshino is mulling ways to provide practical training for women in presentation and persuasion skills to help them advance. While about 36 percent of Rengo’s membership and 34.5 percent of its executives are female, the veteran union executive said she’s determined to shift the gender balance further, with a target of having women in 40 percent of decision-making positions by 2030.

“There is resistance among both men and women to women becoming leaders,” she said.

Yoshino serves on an expert panel charged with putting into practice Prime Minister Fumio Kishida’s “New Capitalism” policies, which are aimed at alleviating inequality. She welcomed its proposed pay rises for nurses and others, but sees some aspects of the plan as more helpful for the elite than struggling workers. Objectives such as increased job mobility and retraining are out of reach for single mothers and many others, she said.

More labor market fluidity has been a goal for successive Japanese governments, with the lingering jobs-for-life culture seen as hurting productivity. A government proposal unveiled this month aims to make it easier for people facing harsh working conditions to change jobs.

“Highly qualified people who get head-hunted can switch jobs without help,” Yoshino said in an interview last week. “But that’s only a tiny proportion of the employed workforce. For many people it would be difficult.”

One of her goals is to support casual workers, even though most aren’t unionized. Rengo is calling for irregular workers’ pay to be raised to 1,150 yen ($10) an hour, in a policy she said was ultimately supportive of the group’s members. If conditions are not improved for casual workers, there is a risk that conditions for regular employees could be downgraded to match them, she said.

“In that sense, helping irregular workers can affect the regular employees,” she said. “Trying to help those at the bottom is one role of a labor union, and I think the time has come.”

Yoshino hails from a relatively small company, rather than one of the major industry unions that dominate Rengo. She began her career at sewing-machine maker Juki Corp in 1984, working her way up through a union representing metal and other manufacturing workers. Following her appointment last month, her office is still crammed with pots of the expensive orchids often given as congratulatory gifts.

“What’s important is to keep going,” she said. “It’s difficult for someone in their 20s to speak out. In Japan, if you don’t have years of experience you won’t be treated as the equal of a man.”