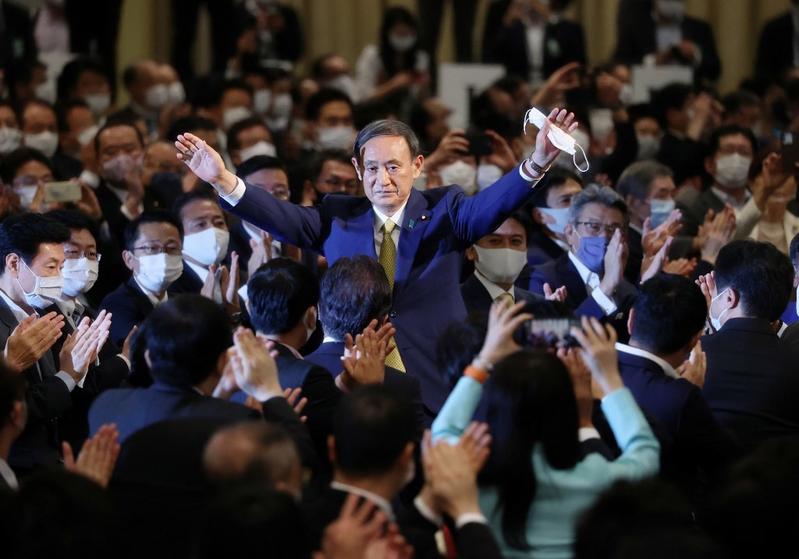 TOKYO – Japan’s  Yoshihide Suga  was voted prime minister by parliament’s lower house on Wednesday, becoming the country’s first new leader in nearly eight years, as he readied a “continuity cabinet” expected to keep about half of predecessor Shinzo Abe’s lineup.

Suga, 71, Abe’s longtime right-hand man, has pledged to pursue many of Abe’s programmes, including his signature “Abenomics” economic strategy, and to forge ahead with structural reforms, including deregulation and streamlining bureaucracy.

Abe, Japan’s longest-serving premier, resigned because of ill health after nearly eight years in office. Suga served under him in the pivotal post of chief cabinet secretary.

Suga won 314 votes out of 462 cast by parliament’s lower house members. The chamber takes precedence in electing a premier over the upper house, which was also expected to pick Suga because of a ruling bloc majority.

Suga, who won a ruling Liberal Democratic Party (LDP) leadership race by a landslide on Monday, faces a plethora of challenges, including tackling COVID-19 while reviving a battered economy and dealing with a rapidly aging society.

Suga won 314 votes out of 462 cast by parliament’s lower house members. The chamber takes precedence in electing a premier over the upper house, which was also expected to pick Suga because of a ruling bloc majority

Domestic media said that roughly half of the new cabinet would be people from the Abe cabinet. There will be only two women and the average age, including Suga, is 60.

Among those expected to retain their jobs are key players such as Finance Minister Taro Aso and Foreign Minister Toshimitsu Motegi, along with Olympics Minister Seiko Hashimoto and Environment Minister Shinjiro Koizumi, the youngest at 39.

Abe’s younger brother, Nobuo Kishi, is likely to be tapped for the defence portfolio, while outgoing Defence Minister Taro Kono will take charge of administrative reform, a post he has held before.

Yasutoshi Nishimura, Abe’s point man on COVID-19 response, will remain economy minister, while Trade and Industry Minister Hiroshi Kajiyama, the son of a politician to whom Suga looked up as his mentor, will also retain his post, media reported. 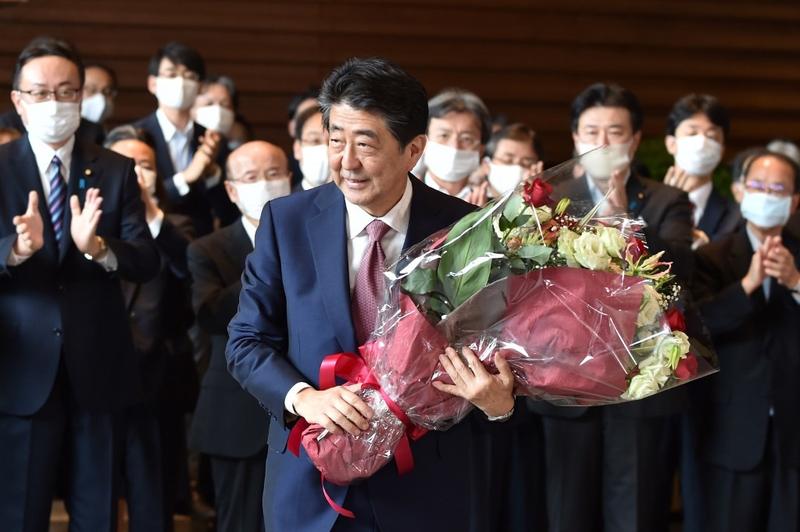 Japan’s outgoing Prime Minister Shinzo Abe, center, holds a bouquet of flowers as he bids farewell to staff members after the last cabinet meeting in Tokyo on Sept 16, 2020. (PHOTO / AFP)

“In the longer term, because foreign investors’ interest in Japanese stocks has been low, if he presses ahead with structural reforms and deregulations, that is a theme investors like and would be a positive surprise,” Niihara added.

He has also said Japan may eventually need to raise its 10 percent sales tax to pay for social security, but not for the next decade.

Clues as to whether and how Suga will push ahead with reforms could come from the lineup of government advisory panels such as the Council on Economic and Fiscal Policy, Koll said.

“The ambition of Mr. Suga to speed up and reinvigorate the process (of reform) is absolutely clear, but the next layer of personnel will be interesting,” he said.

Speculation has simmered that Suga might call a snap election for parliament’s lower house to take advantage of any rise in public support, although he has said handling the pandemic and reviving the economy were his top priorities.