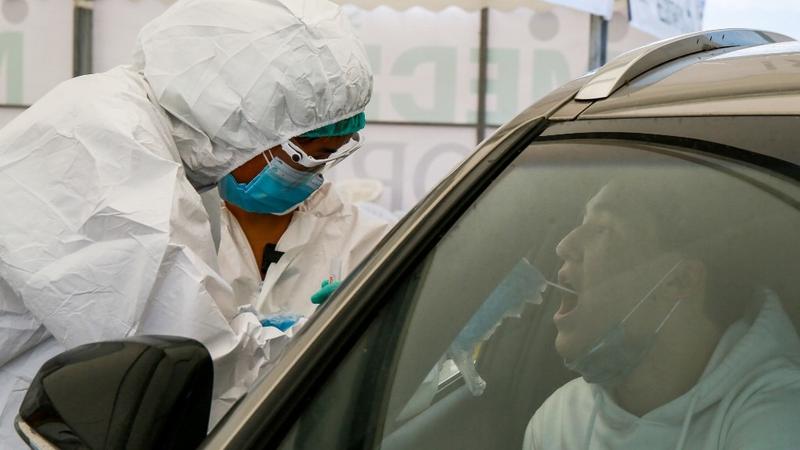 In this file photo taken on July 05, 2020, a healthcare worker gives a COVID-19 test to a medical staff near Halyk Arena in Almaty, as Kazakhstan imposed a second round of nationwide restrictions to counter a huge surge in coronavirus cases since the previous lockdown that has overwhelmed the oil-rich country’s healthcare system. (RUSLAN PRYANIKOV / AFP)

ALMATY – The bird flu outbreak registered in northern Kazakhstan has been caused by the same H5N8 virus strain as that recorded in Russia which presents no immediate danger to humans, Kazakh officials said on Monday.

Deputy agriculture minister Gulmira Isayeva told a briefing on Monday that the virus, which was most likely brought to the Central Asian nation by wildfowl from across the border, was confirmed to be the H5N8 strain.

She said Kazakhstan has nevertheless quarantined the affected areas in several provinces and will carry out mass vaccination of poultry and compensate farmers who have reported tens of thousands of domestic fowl deaths.