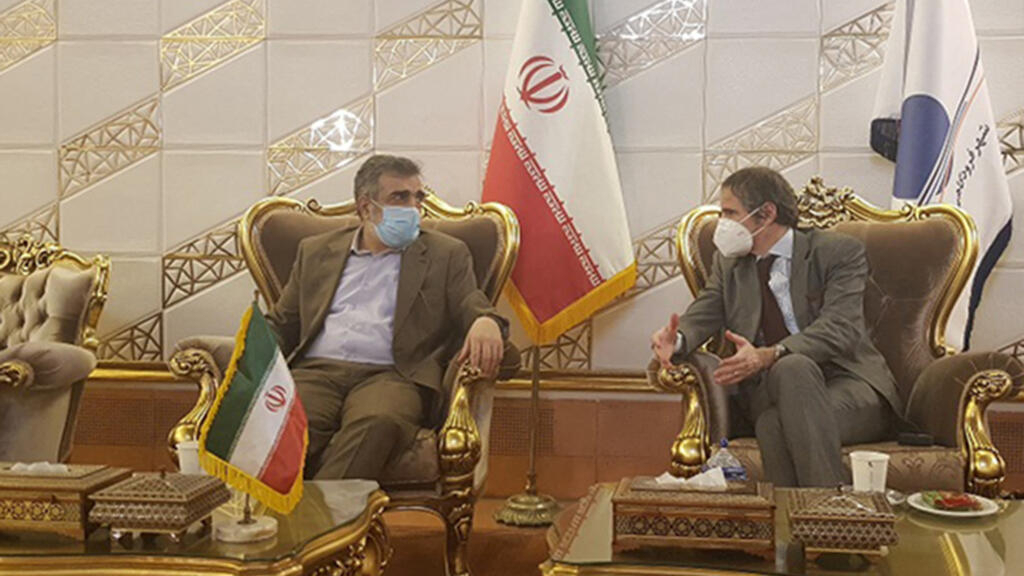 UN nuclear watchdog head Rafael Grossi arrived late Saturday in Iran for talks on the eve of Tehran’s deadline for US sanctions to be lifted, as President Joe Biden called for “careful diplomacy”.

The deadline, set by Iranian lawmakers, carries the threat of a suspension of some nuclear inspections, stoking international concern about a possible expulsion of UN inspectors.

But Iran has stressed it will not cease working with the International Atomic Energy Agency (IAEA) or expel its inspectors.

Grossi was received in Tehran by Iran’s ambassador to the IAEA, Kazem Gharibabadi, and Iran Atomic Energy Organisation official Behrouz Kamalvandi, Gharibabadi tweeted Saturday evening. The IAEA chief’s visit is due to run into Sunday.

On Friday, Grossi tweeted he would “meet with senior Iranian officials to find a mutually agreeable solution, compatible with Iranian law, so that the @iaeaorg can continue essential verification activities in Iran”.

“Looking forward to success — this is in everybody’s interest,” he added.

Tomorrow I travel to Tehran to meet with senior Iranian officials to find a mutually agreeable solution, compatible with Iranian law, so that the @IAEAorg can continue essential verification activities in Iran. Looking forward to success – this is in everybody’s interest.

Iran has notified the IAEA that it will suspend “voluntary transparency measures”, notably inspection visits to non-nuclear sites, including military sites suspected of nuclear-related activity, if the United States has not lifted the sweeping sanctions former president Donald Trump reimposed in 2018.

The new measures, laid out in a law passed by the conservative-dominated parliament in December, are to go into effect on Tuesday, the head of Iran’s atomic body, Ali Akbar Salehi, confirmed on Saturday.

As Iran implements the law and “the other side has not yet fulfilled its obligations to lift the sanctions, inspections beyond safeguard measures will be suspended”, state television quoted Salehi as saying on its website.

He added that “during tomorrow’s (Sunday) meeting with Mr. Grossi, the IAEA’s considerations in the framework of the safeguards agreement and bilateral cooperation will be reviewed and discussed”.

The visit comes in the wake of Biden’s call on Friday for European powers to work together to curb Iran’s “destabilising” activities, a day after committing to rejoin talks on Tehran’s nuclear programme.

Biden told the Munich Security Conference that the United States would work closely with allies in dealing with Iran after his predecessor Trump took an aggressive unilateral approach.

“The threat of nuclear proliferation also continues to require careful diplomacy and cooperation among us,” Biden told fellow leaders via teleconference.

“That’s why we have said we’re prepared to reengage in negotiations with the P5+1 on Iran’s nuclear program,” he said, referring to the five UN Security Council permanent members and Germany.

Tehran has repeatedly said it is ready to return to its nuclear commitments on the condition that Washington does so first by lifting the sanctions reimposed by Trump that have dealt a heavy blow to Iran’s economy.

Following an offer for talks by the Biden administration, Foreign Minister Mohammad Javad Zarif tweeted Friday that Iran would “immediately reverse” its retaliatory measures if the US lifts “all sanctions imposed, re-imposed or re-labelled by Trump”.

US acknowledged Pompeo’s claims re Res. 2231 had no legal validity.

US unconditionally & effectively lift all sanctions imposed, re-imposed or re-labeled by Trump.

We will then immediately reverse all remedial measures.

The former president withdrew from the nuclear accord in 2018, while Iran started the next year to suspend its compliance with most key nuclear commitments in response.

In an opening gesture, the Biden administration has dropped a push for more sanctions crafted by Trump and removed restrictions on Iranian diplomats accredited to the United Nations in New York.

Iran’s government spokesman, Ali Rabiei, on Saturday stressed that Tehran’s latest nuclear move will not prevent it from responding to any US show of goodwill and expressed optimism regarding the ongoing diplomatic process.

It is “neither against our (deal) commitments nor an obstacle for proportionate and appropriate response to any US action to prove (its) goodwill”, he wrote in an op-ed for government newspaper Iran.

“We can confidently predict that diplomatic initiatives will work well (to achieve) the desired outcome, despite diplomatic back-and-forths, which are the natural prelude to the return of all sides to commitments, including the lifting of all sanctions in the near future,” he added.