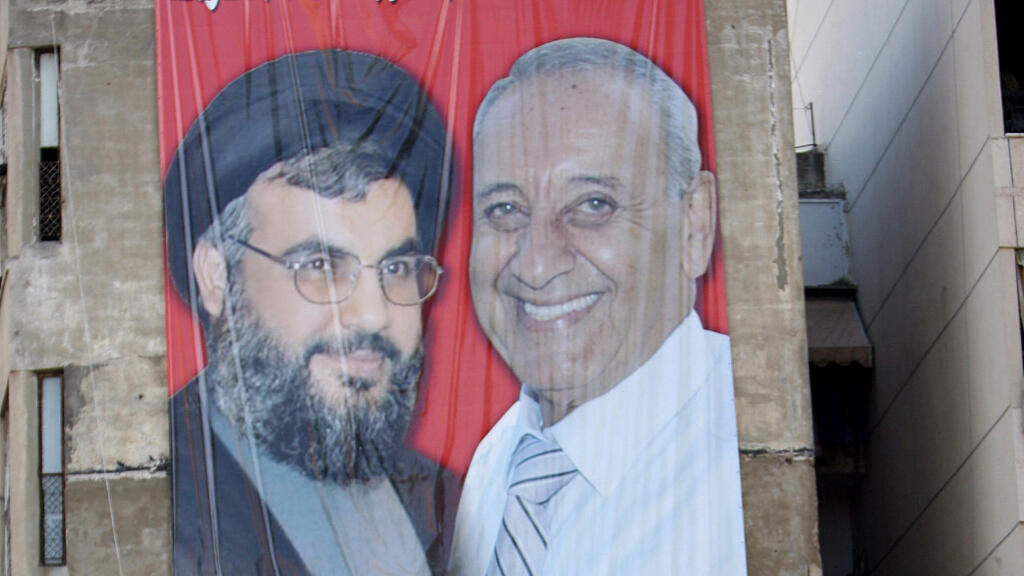 The Shiite bloc, composed of Hezbollah and the Amal Movement, are stalling the formation of Lebanon’s new government by insisting that the Finance Minister post be given to a person from their community. Their stance has isolated them from the rest of the country’s political class, as well as Hezbollah’s Christian ally, President Michel Aoun.

The process of forming a government remains blocked in Lebanon. Negotiations have stalled, with the dual Shia movements of Hezbollah and Amal insisting that the Finance Minister post be given to a person from their community.

The two groups insist that a person of their choice from their community run the Finance Ministry, as has been the case since 2014.

In Lebanon decrees are generally co-signed by the President of the Republic, who is Maronite; by the Prime Minister, who is from the Sunni community; and by the Finance Minister.

Relinquishing this privilege would, for them, mean losing the Shiite counter-signature on major decisions in a political system that hinges on sectarianism and political haggling. “We refuse to have our ministers appointed for us,” Hezbollah said in a statement released on September 17 that reiterated their insistence on retaining control of the Finance Ministry.

The deadlock over the ministry jeopardises diplomatic efforts led by France, which has been heavily committed to political reform in Lebanon since the double explosion at the port of Beirut on August 4.

France has also been pushing for the rapid formation of a government as the country faces an acute economic crisis.

While Prime Minister-designate Mustapha Adib intends to challenge the historical sharing of ministerial portfolios on a sectarian basis, Hezbollah and the Amal Movement’s insistence on guarding their territory, led by Amal Movement-affiliated Speaker of Parliament Nabih Berri, is isolating the two groups.

Even the influential Maronite patriarch Bechara Rai implicitly vilified the Shiite bloc during his Sunday sermon. “In what capacity does a community claim a ministry as if it were its own and obstruct the formation of government until it gets what it wants, thus provoking political paralysis? Where does the Constitution allow a monopoly on a ministerial portfolio?” he queried.

The Shiite stonewalling appears to be embarrassing President Aoun, who has been an unwavering political ally of Hezbollah since 2006.

If a cabinet is not formed, “we are heading for hell”, he said on Monday. Aoun proposed abolishing the distribution of so-called “Regalian” portfolios to specific communities in order to resolve the crisis.

On Saturday, the Free Patriotic Movement (FPM), founded by Aoun and led by his son-in-law Gebran Bassil, issued a statement condemning the principle that “a party may impose its countersignature on the Lebanese in a manner contrary to the Constitution and to prevailing customs”. The communiqué was an implicit jab at the two Shiite parties.

The statement sparked rumours that Aoun, whom his detractors call “a Christian endorsement of Hezbollah”, could be turning his back on his alliance with the pro-Iranian movement. He denied these reports during his press conference on Monday.

While assuring that the 2006 agreement with the Shia party was still in force, and that “alliances do not prevent disagreements”, he nevertheless put the ball in his ally’s court, specifying that the solution was to be sought on their side.  “When there is disagreement, everyone defers to their own convictions, and mine are based on the Constitution,” he said.

“This is not the first time that there have been disagreements between Hezbollah and the CPL, but it is true that the impasse over the finance portfolio further isolates the Shiite team,” Joseph Daher, an academic and author of the book “Hezbollah, Neoliberalism and Political Economy”, told FRANCE 24.

He added: “Although President Aoun’s party seems to be distancing itself from its Shiite ally lately, it is too early to speak of a questioning of their alliance, because neither side has an interest in a split in which they would both lose out”.

Lebanese media reported that the sanctions imposed by the US administration on September 8 on two former ministers from parties allied to Hezbollah, considered a “terrorist” organisation by Washington, provoked shockwaves within the Lebanese political class.

By deliberately targeting Ali Hassan Khalil, one of the pillars of the Shiite Amal movement, and Youssef Fenianos, a Christian leader of the Marada (pro-Syrian) party, Washington is implying that no one is immune to its strategy to weaken and isolate Hezbollah.

“The isolation of the Shia leadership comes at the wrong time, during a period in which the United States is being intractable with everything that has to do with Iran and its allies,” Daher said.

Paradoxically, it was this policy of sanctions, which came just as France offered a breath of fresh air to Hassan Nasrallah’s party through public dialogue, that pushed the Shiite team to be less conciliatory during the negotiations to form a government.