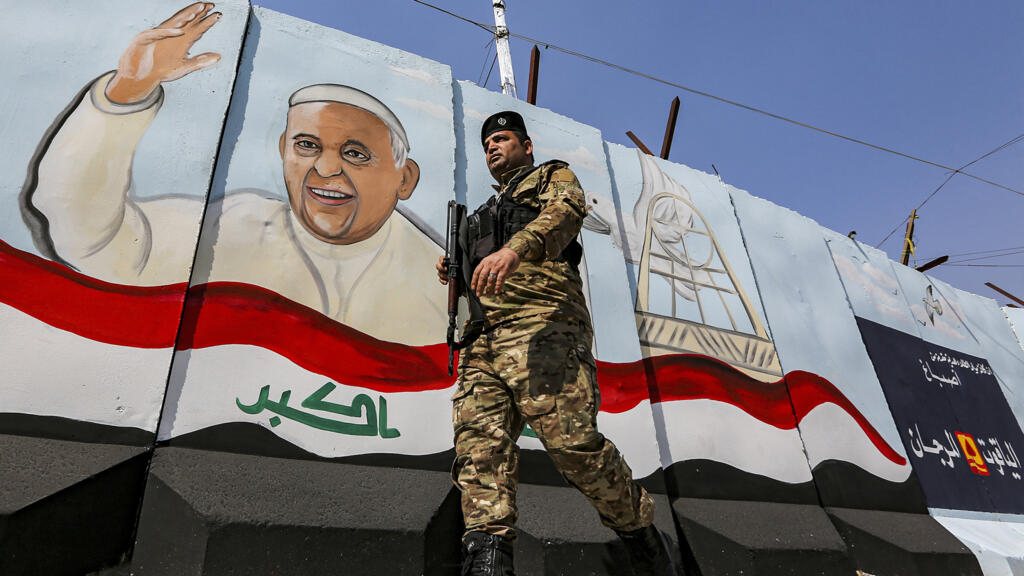 At least 10 rockets targeted a military base in western Iraq that hosts US-led coalition troops on Wednesday, the coalition and the Iraqi military said. The attack came two days before Pope Francis makes a historic visit to Iraq, which the pope said would go ahead as planned.

Later, the Iraqi military released a statement saying the attack did not cause significant losses and that security forces had found the launch pad used for the missiles.

It was the first attack since the US struck Iran-aligned militia targets along the Iraq-Syria border last week that killed one militiaman, stoking fears of a possible repeat of a series of tit-for-tat attacks that escalated last year, culminating in the US-directed drone strike that killed Iran’s top security commander, Qassem Soleimani outside the Baghdad airport.

Wednesday’s attack targeted the same base where Iran struck with a barrage of missiles in January last year in retaliation for the killing of Soleimani. Dozens of US service members were injured, suffering concussions in that strike.

Pope reiterates he will go to Iraq

The attack came two days before Pope Francis is scheduled to visit Iraq in a much anticipated trip that will include Baghdad, southern Iraq and the northern city of Erbil.

In his weekly prayer address Wednesday, the pope asked for prayers for the trip, the first ever by a Roman Catholic pontiff to Iraq.

“The day after tomorrow, God willing, I will go to Iraq for a three-day pilgrimage. For a long time I have wanted to meet these people who have suffered so much,” said the 84-year-old pope.

The pope added that he would be going to Iraq, where his predecessor John Paul II was not allowed to go in 2000, because “the people cannot be let down for a second time”.

“The Iraqi people are waiting for us, they were waiting for Saint John Paul II, who was forbidden to go. One cannot disappoint a people for the second time. Let us pray that this journey will be successful,” he said.

He made no mention of Wednesday’s attack on the Ain al-Asad airbase.

Hardline Iraqi groups have an interest in ramping up the pressure on Prime Minister Mustafa al-Kadhemi following his pledges to rein in rogue militias.

They may also carry a message from Tehran to Washington, which under US President Joe Biden is offering to revive the Iran nuclear deal abandoned by his predecessor Donald Trump in 2018.

Iran is demanding the US lift sanctions immediately, while the US wants Iran to move first by returning to previous nuclear commitments.

Denmark, which also has troops at the base, condemned the attack, saying that coalition forces at Ain al-Asad are there at the invitation of the Iraqi government, helping to bring stability and security to the country.

“Despicable attacks against Ain al-Asad base in #Iraq are completely unacceptable,” Danish Foreign Minister Jeppe Kofod tweeted. The Danish armed forces said two Danes, who were in the camp at the time of the attack, are unharmed.