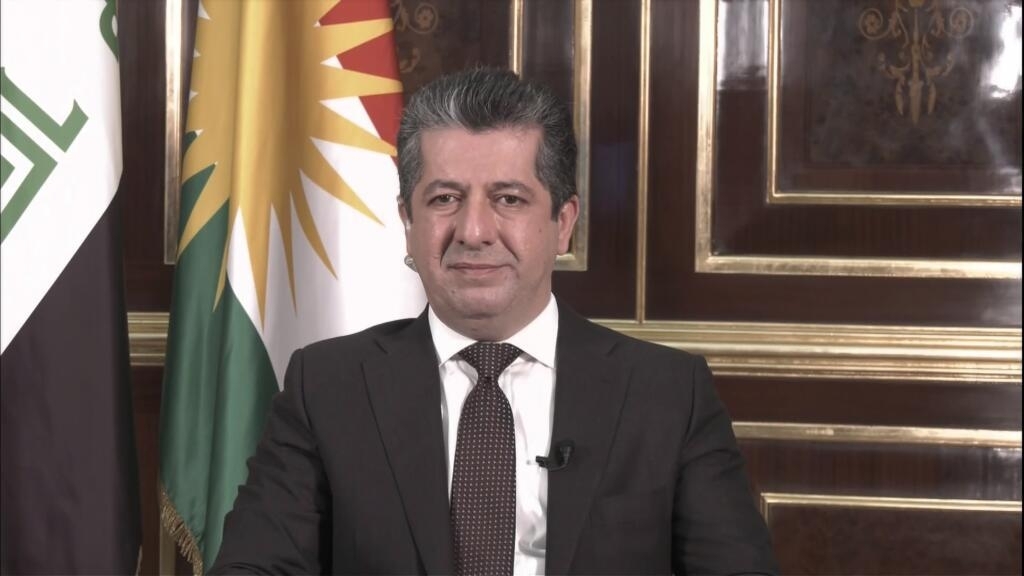 In an exclusive interview with FRANCE 24, Masrour Barzani, the prime minister of the Kurdistan region of Iraq, said the February 15, 2021 rocket attack on a US-led coalition air base in the Kurdish capital of Erbil that claimed several lives was “definitely a terrorist attack” and that a preliminary probe into the matter has given “a good indication of who was behind it”.

Barzani said the probe has made good progress, but declined to provide further details pending the final results of the investigation.

Barzani, who was interviewed by FRANCE 24’s Marc Perelman, also reiterated the continued threat posed by the Islamic State (IS) group in the region. “ISIS is reorganising as we speak,” he said, referring to the militant group by another acronym.

According to Barzani, the IS group is taking advantage of a security vacuum in the disputed area between the Kurdistan region and the central government in Bagdad. “They have managed to recruit more people and have conducted operations against Iraqi security forces, and in some cases even against civilians. So ISIS remains a main problem.”

He said the international community therefore needs to keep a close eye on any IS group developments.

During the interview, Barzani also spoke about Turkey’s outlawed Kurdistan Workers’ Party (PKK), saying it is to blame for a major Turkish military incursion in the region by provoking retaliation from Ankara. Asked whether he would accept a Turkish “safe zone” in his region — like the ones Turkey has created in neighbouring Syria — he said he would rather ensure that a peaceful solution is reached once and for all.

Finally, he described the pope’s visit to the region next week as “historic”, saying it is a tribute not only to Christians in the area but also to peaceful coexistence in the Kurdistan region. Barzani hopes the visit will prompt more international support for refugees and those who have been internally displaced in the area.