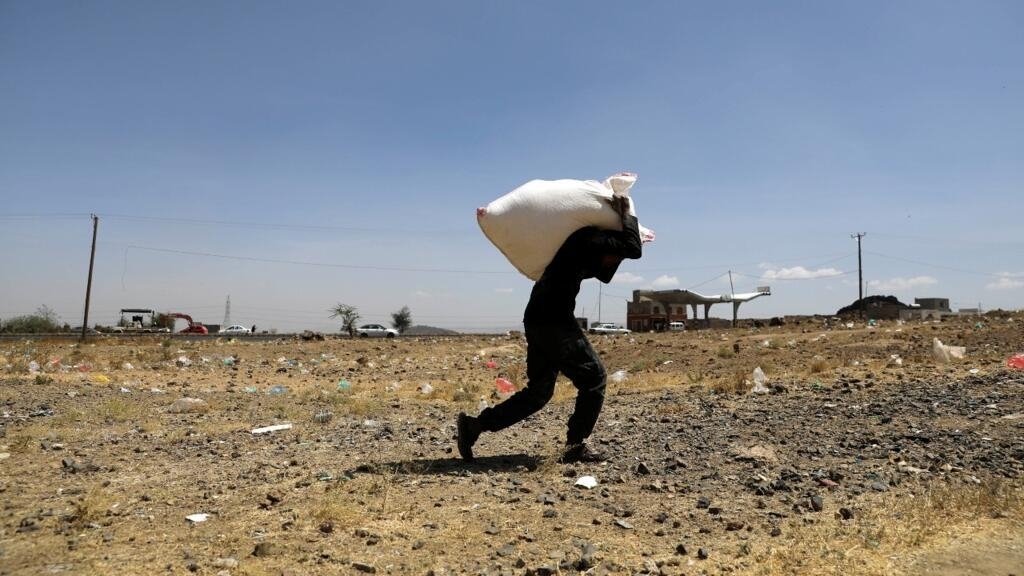 At a virtual pledging conference co-hosted by Sweden and Switzerland, U.N. Secretary-General Antonio Guterres had appealed for $3.85 billion this year to address the impoverished Arab country’s dire needs.

The amount raised, however, was less than what the U.N. received last year, and a billion dollars short of what was pledged in the 2019 conference, he said.

Guterres called for countries to “consider again what they can do to help stave off the worst famine the world has seen in decades.”

The outcome of today’s pledging event for Yemen is disappointing.

I thank those who pledged generously & ask others to consider again what they can do to help stave off the worst famine the world has seen in decades.

The @UN stands with the starving people of Yemen.

From the outset, it was unlikely that donors would meet the U.N.’s goal given the coronavirus pandemic and its devastating consequences for economies around the globe. Corruption allegations in Yemen aid operations were also a factor.

Yemen’s war started in 2014 when the Iran-backed rebel Houthis seized the capital, Sanaa, and much of the country’s north. The Saudi-led, U.S.-backed coalition intervened months later to dislodge the rebels and restore the internationally recognized government.

The conflict has killed some 130,000 people, spawned the world’s worst humanitarian disaster and reversed development gains by 20 years, according to the U.N. Development Program.

Half of Yemen’s health facilities are shuttered or destroyed and 4 million Yemenis have been driven from their homes. The pandemic, cholera epidemics and severe malnutrition among children have led to thousands of additional deaths.

The U.N. Office for the Coordination of Humanitarian Affairs warned that more than 16 million people in Yemen will go hungry this year, with some half a million already living in famine-like conditions.

Jan Egeland, secretary general of the Norwegian Refugee Council, who is on a week-long visit to Yemen, also called the outcome of the conference “disappointing,” warning that the lack of funding would cause massive cuts to Yemen aid.

“The shortfall in humanitarian aid will be measured in lives lost,” he said.

Saudi Arabia, which leads the coalition fighting the Houthis, announced it would donate $430 million in aid for Yemen this year to be funneled through the U.N. and related agencies. Saudi Arabia had pledged half a billion dollars in 2020, the largest amount pledged by any country.

U.S. Secretary of State Antony Blinken led the U.S. delegation to the conference, which took place amid efforts by President Joe Biden‘s administration to bring an end to the conflict.

He said the U.S. would donate $191 million for Yemen this year, a decrease of about $35 million from the amount it announced in the 2020 pledging conference.

He called for a cease-fire and for warring parties to halt their interference in aid operations and “allow assistance to reach the innocent women, children, and men.”

“We can only end the humanitarian crisis in Yemen by ending the war in Yemen. And so the United States is reinvigorating our diplomatic efforts to end the war,” Blinken said.

Wealthy countries, such as the U.S., Saudi Arabia and the United Arab Emirates, cut back drastically on aid to Yemen last year. The reductions came amid the pandemic, corruption allegations and concerns the aid might not be reaching its intended recipients in territories controlled by the rebels.

Last year, aid agencies received about $1.9 billion — half of what was needed and half of what was given the previous year, according to David Miliband, head of the International Rescue Committee.

Mohammed Abdul-Salam, spokesman for the Houthis, said such pledging conferences “don’t help Yemen as much as they help the aggression countries,” referring to the Saudi-led coalition.

“Halting the aggression and lifting the siege is the biggest aid that can be provided to Yemen,” he said in a series of tweets.

Several speakers at the conference called for the Houthis to stop their offensive on the central province of Marib and their increasing cross-border attacks on Saudi Arabia.

The rebels renewed their offensive on Marib earlier last month to retake the oil-rich province from the internationally recognized government. But they have not made progress. The fighting has displaced more than 10,500 people in just three weeks, the U.N. migration agency said Monday.