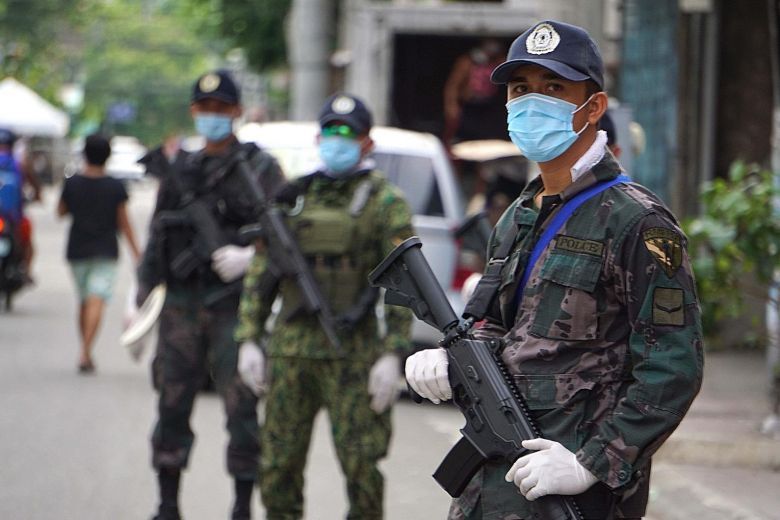 MANILA, June 30 (The Straits Times/ANN): The Philippines is sending more doctors, drones and other resources to Cebu City amid signs that the key hub is emerging as the country’s new epicentre of the coronavirus pandemic.

Cebu now has over 5,500 cases of Covid-19 and at least 156 have died there, the Health Ministry noted last Saturday.

The city now has more cases than Metropolitan Manila’s largest city, Quezon, which has about 3,000. It is also outpacing other cities in terms of the number of cases over the past two weeks: close to 1,000. By comparison, Quezon City had 364 and Manila, 280.

Cebu is the top commercial and tourist hub in central Philippines with a population of about a million.

“We are seeing an alarming rise in severe and critical cases… even death rates,” Carlito Galvez, who heads a task force overseeing the government’s efforts to slow the virus, said yesterday.

He reported that at one hospital, 86 out of 122 Covid-19 patients died less than 48 hours after they were admitted: “This means we’re not detecting severe cases fast enough.”

Three in 10 suspected Covid-19 patients in Cebu are turning up positive. Hospitals have run out of beds and health workers are exhausted and overwhelmed.

Galvez said there are only seven big hospitals in Cebu that can handle a surge in coronavirus cases. By comparison, Metro Manila has at least 46 of these hospitals.

Cebu’s biggest hospital has 46 doctors, 79 nurses and 68 other staff who are in quarantine, the Philippine Daily Inquirer reported.

Many patients are on wait lists as hospitals are already full.

Dr Joseph Stephen Descallar, president of the Cebu chapter of the Philippine Nurses Association, said many nurses have been wanting to quit for “fear of the unknown” and lack of compensation for the risks they are taking.

Cebu now has more cases than Metropolitan Manila’s largest city, Quezon, which has about 3,000. It is also outpacing other cities in terms of the number of cases over the past two weeks: close to 1,000. By comparison, Quezon City had 364 and Manila, 280.

The Health Ministry is sending about 40 of its rural doctors to Cebu but some have complained that they are being deployed without clear guidelines concerning safety, lodging and insurance coverage. Their fears are that arrangements with hospitals where they are assigned to could lead to abuses.

The military is also sending a team of nine doctors, 10 nurses and 13 medical aides. Special police forces, drones and helicopters are also being deployed to help implement movement restrictions.

Cebu has been on hard lockdown since last Wednesday. About 100 checkpoints have been set up to ensure everyone stays home, and only those on “essential runs” can go out.

Galvez said that apart from Cebu, the rest of the Philippines seems to have the outbreak under control, although around 1,000 new cases are still being reported daily.

“From acceleration, we’re now seeing a deceleration,” he said. He added that most previous hot spots like Metro Manila are now presenting “low to moderate risks”.

The country’s “positivity rate” – the number of confirmed cases against those tested – had dropped to 6 per cent, below the 10 per cent threshold set by the World Health Organisation, he noted. “We are winning in terms of thresholds.”

President Rodrigo Duterte’s spokesman, Harry Roque, meanwhile, took jabs at those who criticised the government’s response: “If the government did not act quickly, we could have seen three million cases by now instead of just 30,000.”