Researchers at City University of Hong Kong began a two-year project inspired by Araucaria trees after one of the scientists visited the theme park and was struck by the leaves’ unique structure of ratchet-like spirals.

After studying how the leaves could direct liquid to flow in different directions on the same surface, the team used 3D-printed surfaces to mimic them – a first in the field of surface science, dating back to 1804.

The project bore fruit and the results were published on Thursday in the peer-reviewed journal Science.

“The structure seems simple, but we could not have created it without the help of mother nature,” lead researcher Wang Zuankai told the South China Morning Post.

The surface replicating the leaf structure could be used to prevent electronic devices such as phones overheating, he said, by sending liquid in a certain direction rapidly to speed up heat dissipation.

Another potential application would be pregnancy tests and other lateral flow tests, using the ratchets to direct the reagent, which detects a substance, to the detection lines.

The method could also be used to make labels for products to verify their authenticity, by applying liquid that would show a particular pattern of flow, Wang said.

The findings stemmed from “unexpected liquid transport behaviour” found by studying the leaves of the Araucaria trees – pinelike conifers native to the southern hemisphere. Liquids with different surface tensions spread in opposite directions, they found. 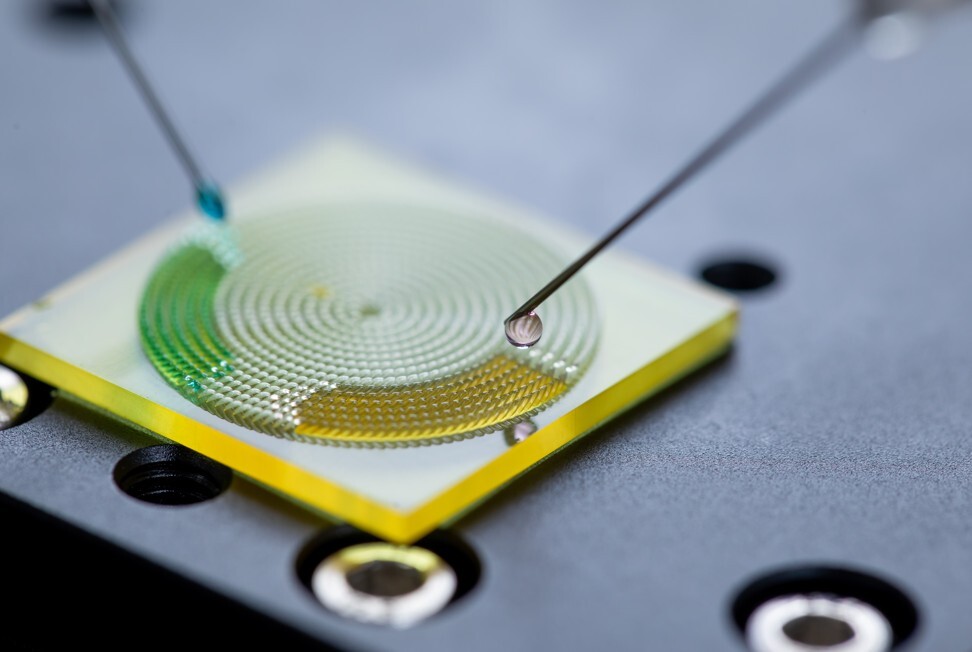 A liquid placed on a surface tends to move in directions that reduce surface energy.

“You could control the direction of liquids on a surface, but the spreading direction was generally independent of the liquid property,” Wang said. “It was impossible to make different liquids go in different ways.”

Using their leaf-inspired 3D-printed surface, however, the researchers made a mixture of equal parts water and oil move in differing directions and completely separate, with no external energy input.

They also manipulated the liquid flow by adjusting the proportions of water and ethanol to vary the mixture’s surface tension. – South China Morning Post