Legendary Hong Kong actor Ng Man-tat, who died February 27 of liver cancer at the age of 70, is best known for his comedic roles, most specifically those alongside Stephen Chow Sing-Chi.

But Ng was more versatile than most movie fans give him credit for, having won several best supporting actor awards throughout his career. While he hardly ever played the leading role in most of his films, his presence in any film was almost always memorable, whether playing a down-on-his-luck soccer coach, the bumbling sidekick to a gambling prodigy, or a former triad member.

Here are five of his most memorable performances throughout his career.

Ng was a familiar face in 1980s Hong Kong cinema, playing supporting roles in classics like 1989’s All About Ah Long (one of Chow Yun-Fat’s most famous roles), 1987’s A Better Tomorrow 2 (directed by John Woo and starring Chow Yun-Fat and Leslie Cheung), and Yuen Woo-ping’s Tiger Cage in 1988.

But it was 1990’s triad/romance movie A Moment Of Romance, directed by the late Benny Chan and starring Andy Lau, that made everyone stand up and take notice of Ng’s acting chops.

His performance as Rambo, a former triad member who has to resort to washing cars for a living, won Ng the Best Supporting Actor award at the 10th Hong Kong Film Awards in 1991.

Ng would go on to garner numerous awards and nominations for his dramatic roles, including the Lee Rock series, Portland Street Blues, and Taiwanese drama The Hospital, which won him another Best Supporting Actor award at 2007’s 42nd Golden Bell Awards in Taiwan. Ng and Stephen Chow starred in numerous irreverent comedies (popularly as ‘mou lei tao’) together in the 1990s, but this one, a rip-roaring, somewhat nonsensical yet hilarious parody of God Of Gamblers, was his first, and it propelled ‘Uncle Tat’ to stardom as Chow’s #1 sidekick. 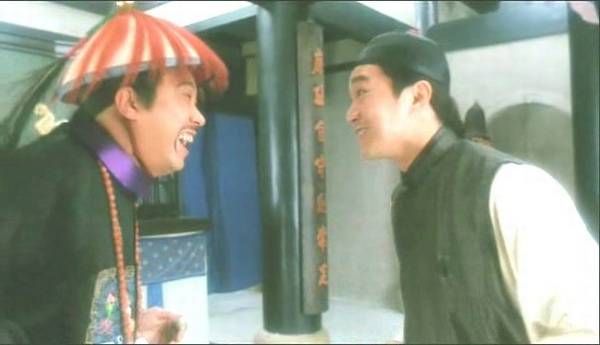 Known as one of Stephen Chow’s best ‘mou lei tao’ movies, this movie stars the comedian as a brilliant lawyer who will do ANYTHING to win his cases, but has to redeem himself in order to lift a ‘curse’ that is causing all his sons to die before they turn a year old. This movie is perhaps most famous for Chow and the late Anita Mui’s chemistry. Ng plays a corrupt magistrate with a flatulence problem.

Ok fine, it’s not exactly one of his higher-brow roles, but it’s hard to watch this movie and not laugh each time Ng appears on screen. After so many films in which he and Chow play buddies, it was also interesting to see them locking horns from opposite sides for once. Ng’s final film with Chow was also arguably his best, mainly because it was so different from all his other movies with Chow. In most of his other films, Ng was almost always playing Chow’s bumbling sidekick, but in this brilliantly hilarious take on football, his character was arguably the most serious and dramatic one.

Ng plays ‘Golden Leg’ Fung, a disgraced former footballer who was beaten up and crippled after a match-fixing scandal, but sees hope of redemption when he comes across Shaolin Monk Sing (Chow) and recruits him and his friends to form a football team.

“Is that really Ng Man-tat?” was my first reaction when I saw the late actor in this 2019 sci-fi hit, in which he plays a somewhat tragic role as Han Zi’ang, a trucker who is also the grandfather of the hero, Liu Qi.

One of Ng’s final roles, he very nearly turned it down because he was due for heart surgery at the time. Ng told reporters at the time that his body had not fully recovered while filming, and he was unable to film the more intense scenes, but he pushed on nevertheless.